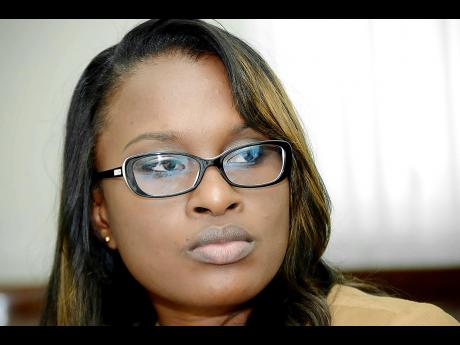 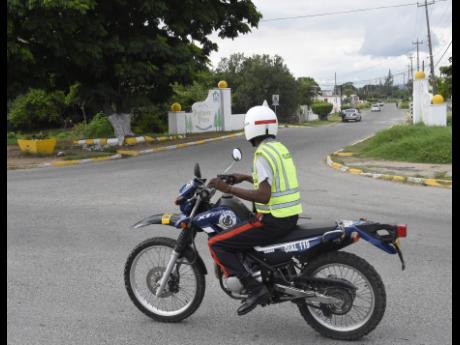 Gladstone Taylor
A policeman rides past the entrance to Portmore Pines in St Catherine. INDECOM does not judge the number of policemen arrested or convicted as an index of its success, writes Kahmile Reid.
1
2

With all the falsehoods circulating on public platforms, we must do our part to thwart and by extension discourage these misrepresentations and misguided opinions with facts.

To that end, we note the Letter of the Day in The Gleaner on Thursday, December 7, 2017 titled 'United front by JCF, INDECOM critical'. We have noted the writer's concern about the statistics, issue of perceived harassment, and measure of success of the commission; we have emailed her personally in an effort to assuage her concerns. These concerns will also be addressed publicly in this space.

INDECOM acts on reports from the JCF and members of the public.

Before INDECOM, on every occasion where a police officer discharges his firearm, an investigation was launched by the police, whether someone is hurt or not. So the investigation of victimless incidents is nothing new. In relation to the more serious cases such as assaults and shooting incidents, an investigation MUST be launched. This is what the law requires.

We cannot use 'suspicion' as the trigger for an investigation. Whether an incident is suspicious is a conclusion that will be reached near the end of the investigation. That approach could never work. That approach would mean a two-pronged waiting game with the police: waiting to see if something is suspicious about an incident; and waiting on the police to tell us when to investigate. The independence and effectiveness of the investigative process would be entirely lost. This, along with the next point, is one of the reasons we have a large intake of cases.

To be clear, the INDECOM Act was passed in April 2010, at which time it repealed and replaced the Police Public Complaints Authority (PPCA). What many people have not yet began to appreciate is that INDECOM absorbed ALL cases from the PPCA, as well as the BSI, which were no longer needed to investigate police misconduct.

This means before the commission launched an investigation into its very first complaint, there were already hundreds of cases on its registry. What this also means is that we started from a negative number in terms of completion of cases. Hence, while we have recommended disciplinary action for 36 cases, no criminal charges for 649 cases, and criminal charges for 12 cases, the 697 cases completed over the last three quarters of 2017 go as far back as 2006 to 2017.

We don't measure success in the number of police officers disciplined, charged or convicted. That would mean we have a preconceived notion of guilt and the attendant consequences. We measure success in ensuring that every case has a proper, fair, robust investigation.

- Kahmile Reid is senior public relations officer in the Public Relations Unit of INDECOM. Email feedback to columns@gleanerjm.com and kahmile.reid@indecom.gov.jm .