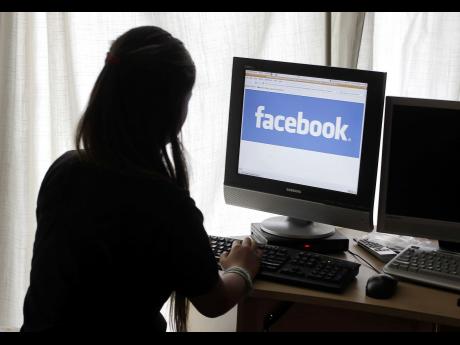 It's interesting that the new blockbuster movie everyone is talking about - Black Panther - is set in a technologically advanced African nation. Portrayed as a high-tech utopia, a country with the most sophisticated technology in the world, Wakanda smashes the stereotype of African countries as being underdeveloped and technologically backward. And for this I'm grateful.

I'm impatient with people who harbour generalised but ill-founded suspicion of technological innovations to the extent where they become late adopters of transformative technologies rather than getting on board early and contributing to the massive changes we're experiencing. Changes that are empowering the average citizen by the way, not hobbling them, allowing them to reduce the barriers to entry on a number of fronts as well as to make their voices heard.

Recently, I had the unusual experience of revisiting a Commonwealth Broadcasting Corporation panel discussion on New Media, Journalism and Democracy in the Caribbean. It had originally aired in 2011 and was circulating again because of the untimely passing of Janice Budd, who had most ably hosted the broadcast.

It was unusual because this was a panel discussion I had taken part in and I was gratified to see that the views I expressed then were consistent with my opinions now, and also with the technological changes that have impacted on all of us since then.

The CBA panel discussion asked if traditional media was still relevant in the age of Twitter and Facebook and examined the effect of new or social media as its now known on traditional media, journalism and democracy. Hosted by the ever gracious and deft Janice Budd, the other panellists were: Mark Beckford, online coordinator, The Jamaica Gleaner newspaper; Karyl Walker, online news editor, the Jamaica Observer newspaper; and Paul Ashley, attorney-at-law, political commentator. The studio audience included broadcasters from around the Caribbean, as well as media students from CARIMAC and Northern Caribbean University. I was there in my capacity as a blogger and Twitter user.

At the time, On the Ground News Report (OGNR), an online news site, had recently entered the fray, and judging by how much space and time it occupied in the discussion had frightened the pants off traditional media stalwarts. In the classic manner of disruptive entrants to the media landscape all over the world, OGNR prided itself on being first with the news, relying on citizen reports all over the country to provide news as it happened.

Many traditionalists expressed worries about the accuracy of this kind of news gathering and the potential misuse of social media, Paul Ashley warning of what he saw as the possible dangers lurking behind the new communications tools.

Today, from a distance of seven years, we can see that these fears were exaggerated and have not been borne out in the hyperlinked world we occupy today. According to Ashley, the dangers of social media merited government intervention:

"It is dangerous to the extent that we can manipulate data so that I can appear tonight in Rio de Janeiro and the recipients won't know that this has been a manipulation, and it can be useful to people who have ulterior motives in defaming individuals. These individuals could be politicians or private citizens, but what we must expect is that the State will be forced to react.

Well, this has certainly not happened, and with the hindsight of seven years, we know that online news sources are subject to the same standards of accuracy and credibility that traditional media are, something I pointed out when I had a chance.

On the whole, I think we can agree that the new interactive technologies have enhanced democracy rather than damaged it. And as Karyl Walker, who shifted from being a beat reporter to producing online news, said, when asked to sum up his opinion of social media:

"It has broadened my horizons. I have learned more sitting at my desk, although I no longer pound the pavement, and I miss that. There was a saying that the illiterate of the 21st century are those who don't want to unlearn and relearn. We have to relearn - this is the way the world is going, this is the way my children are going. They had Facebook pages before I did and I was forced to unlearn and relearn. It's a process of life. We learn new things every day and we will just have to adapt."

Great words to end on, which are more relevant than ever today.