Garth A. Rattray | The alienisation of UK citizens 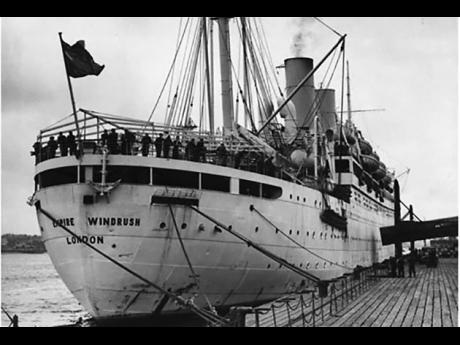 Voice Photo
The ‘Empire Windrush’ brought the first post-war Caribbean migrants to London. It docked at Tilbury on June 22, 1948.

The erudite, eloquent and emotive Labour Member of Parliament David Lammy (from Tottenham) tabled an urgent question regarding the immigration status of the Windrush Generation children. He stood boldly in the House of Commons, rebuked and shamed Amber Rudd, the home secretary. He berated her belated, hurried apology and improperly thought-out solution to the horribly unfair and prejudicial treatment being meted out to the children of Caribbean (British Commonwealth) citizens who became citizens of the United Kingdom between 1948 and 1971.

The so-called Windrush Generation describes the Caribbean nationals who were brought to the UK on the MV Empire Windrush between 1948 and 1971. This group of people were invited to become British citizens in order to fill shortages in the labour sector after World War 2. Mr Lammy pointed out the "despicable", "inhumane" and "cruel" way that the children of that generation were being treated.

Those 'children' had been working for decades as UK citizens but were now required to provide paperwork proving their citizenship. They never had any reason to secure documentation proving their legal status, neither did other, regular Britons. But the children and the grandchildren of the Windrush generation were being denied any social, health and housing benefits. They were also losing their sources of livelihood and driving licences. Some were detained (incarcerated), while others were reportedly deported to a country/region (the Caribbean) that is alien to them. These bona fide UK citizens were being treated like criminals; their only crime was their Caribbean heritage.

The influx of Commonwealth citizens (mostly from the Caribbean but also from India) ended in 1971 with the Immigration Act. It stipulated that Commonwealth citizens already residing in the UK would be granted indefinite permission to remain. Other British passport holders were not allowed to migrate to the UK unless they had a work permit or could prove that their parents or their grandparents were born there.

In 2012, changes to the immigration law required that people provided documentation to work and receive social benefits. The descendants of the Windrush Generation were caught up in the wave of immigration policy changes. All of a sudden, they were aliens within the only place that they have ever lived, worked, been productive, had children and paid taxes.

Prime Minister Theresa May apologised for the faulty policy (that some have likened to Nazism) and promised that her government was not "clamping down" on Caribbean Commonwealth citizens. She promised a task force to sort out the wrongs. But, as MP Lammy pointed out, what about the disenfranchised and those already totally uncoupled from society? What about those who already lost jobs and housing? What about those reportedly incarcerated and those that were reportedly deported?

Commentators have rightfully explained that the burden of proof of citizenship should be shifted from the individual to the state. Certainly, documentation of their education, tax payments, utility payments, national IDs could be found. Additionally, proof of citizenship should be granted to persons who could produce depositions from judges, justices of the peace, school principals, ministers of religion or senior police officers.

This is particularly egregious because Caribbean nationals have made the UK what it is today. From the days of slavery to colonisation to contributing to the Empire, the UK was built on the backs of poorer nations who made her wealthy and powerful. Even during the 1948-1971 Windrush initiative, the intent was (again) to use us to build Britain.

I'm not a big fan of reparation in its current form. There are too many variables. Reparation should be all about treating us as equals in every way and allowing us unencumbered access to the Empire that we helped to create.