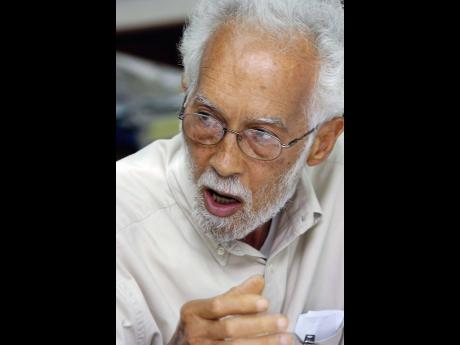 In this national and global debate over abortion, this piece is especially for those who, like me, have been conflicted. We sympathise with the woman pregnant with a foetus that, for good reason, she is unwilling to bring to full term. But the pro-lifer claim that abortion ends the life of an entity with a human soul has worried us. My intention, then, is to probe the notion of the soul.

With many others, I have another understanding of the origin of the human spirit, or soul. It may shed light on the objective legitimacy of abortion.This issue is distinct from the question of who ultimately decides on an abortion. As a recent local survey shows, most people assign that decision to the pregnant woman, not the State. However, she, the father, their families, legislators and society also want to know that the decision is morally right. That is the issue here.

It is generally held that humans are composites of body and soul, matter and spirit. According to many church people, this soul is infused by the Creator into an embryo, making it and the later foetus a fully human being. This is why removing an embryo or foetus from a womb to end its life is murder, in their opinion.

Like any embryo, the human embryo represents potential for development of a specific being. The human embryo, as such, is inscribed with the potential for the development of both the material and the spiritual dimensions of a human being. The potential of a properly sited and nourished human embryo is gradually actualised, the two dimensions infused with and infusing each other, each unfolding in step with the capability of the other. The human spirit is not some complete entity infused 'from outside' from day one.

The human embryo reached its level of development through an evolutionary process. This is accepted today by most people and by Christians such as the Jesuit Teilhard de Chardin, if not by fundamentalists. To require God's intervention for every human procreative act is contrary to the creation/evolution process. Even if evolution is denied, what is lacking in the ovum, semen and their juncture, all God-created, says the Church, that necessitates a new divine act?

Language about the spirit of the human embryo does not come easily. But certainly that spirit is not an inert substance or box injected into an embryo or foetus. It is a remarkable 'novel dimension' of life emerging from. and along with, the amazing complex of limbs, heart, lungs, hearing, eyes, nerves and brain that is the human reality unfolding to a basic stage of physical completion by the time of birth. This complex occurs in no other sentient being.

If one considers the travails of growing up, the terrible twos, the search at every age for self-identity, the struggles for self-control, one recognises that full integration of the spirit-body structure, the achievement of integrity, is a lifetime task. Ideally, as the body decays on its descent to the grave, conversely the spirit has grown, preparing for a next life that believers expect, for Christians with (at some 'moment') a 'new' body.

Naturally, we are cautious about terminating the life of a being on its way to full humanness. And the closer it gets to that goal, the more we respect it. Terminating its existence at an early stage cannot rightly, however, be described as murdering a human being with the full human spirit of a new born, adolescent or adult. This is especially so when done to end a threat to the mother's life or a pregnancy incurred by rape, incest, or failed contraceptive, and an inability to offer due care to the future child. Although not as a regular method for birth control, abortion can be entirely justified, a rational act, not a crime. It should be sanctioned and protected in law.