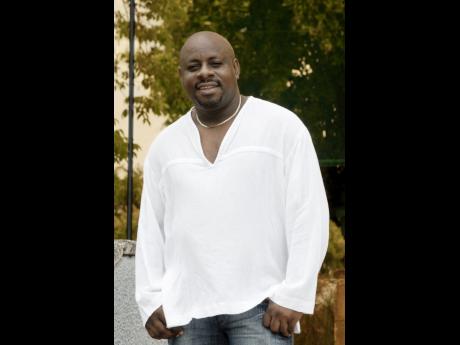 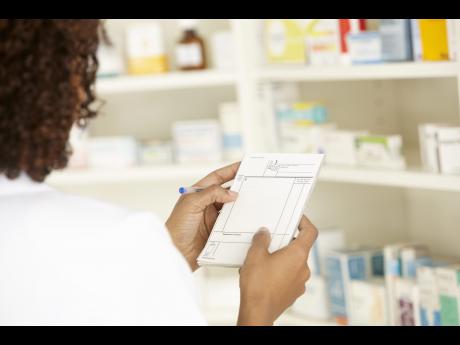 Recent media pronouncements by Minister of Health Christopher Tufton are way off the mark, as he attempted to dismiss the ruinous effects on the private pharmaceutical trade from the Government's policy of unrestricted access to welfare medical drugs.

Both the distributive and retail trades are currently reeling from the effects of an unsustainable, highly flawed policy that provides welfare medicine to the entire population and even to anyone from anywhere around the world. The Government's welfare programme is a main reason for the shortage of drugs currently racking the local private-sector pharmacy trade.

Indeed, our Fair Competition Act anticipates that in a free-market economy, an entity holding a dominant position could cannibalise a market sector, which is why the legislation made provisions outlawing certain practices. As it currently operates its network of Drug Serv pharmacies, Government stands in stark contravention of the law.

It is an unlawful practice for the government agency, the National Health Fund, to enter into special arrangements with overseas drug manufacturers for obtaining goods at below-market value, then undercutting the local market and undermining private enterprise by distributing such goods for free or at prices substantially below value.

There can be no ambiguity, for the law is pellucid. Section 20 of the Fair Competition Act states the following: "An enterprise abuses a dominant position if it impedes the maintenance or development of effective competition in a market but without prejudice to the generality of the foregoing, if it (subsection d) directly or indirectly imposes unfair purchase or selling prices or other uncompetitive practices."

In defining 'dominant position', Section 19 states the following: "For the purposes of this act, an enterprise holds a dominant position in a market if it by itself or together with an interconnected company, it occupies such a position of economic strength as will enable it to operate in the market without effective constraints from its competitors or potential competitors."

Going by the law, it is indubitable as to whether the government-owned Drug Serv pharmacy enterprise occupies a position of dominance in the market, neither can the overall provisions of the law be successfully contested. The only applicable exemptions are outlined in subsection 2: "An enterprise shall not be treated as abusing a dominant position if it is shown that (i) its behaviour was exclusively directed to improving the production or distribution of goods, or to promoting technical or economic progress; AND consumers were allowed a fair share of the resulting benefit."

The defence cannot rely on the foregoing provision, since under the purchasing practices of the government-operated Drug Serv pharmacy enterprise, the retail trade is not allowed a fair share of the resulting benefit.

Adding insult to injury, the Government maintains and stridently enforces strict laws and regulations over the private pharmaceutical trade, while remaining an active and aggressive competitor to the trade it regulates. Aggravating the conundrum, the operator of Drug Serv, the Government agency National Health Fund itself enforces stringent rules and regulations over its private sector competitors. Its competitors are dependent on the NHF in order to access certain government programmes. It is overall a wholly grand incestuous arrangement fraught with problems.

In furtherance of its breaches of the law, Government has recently launched a programme incorporating select private pharmacies to act as Drug Serv windows, without consideration for the effects on retail enterprises not lucky enough to be so selected. The selection of only certain enterprises and not others, through a contrived process, does not only contravene the Government procurement laws and regulations; the entire arrangements are illegal.

Under the Fair Competition Act, it is unlawful for two or more entities to collude to set prices. Government's Public-Private Partnership (PPP) has allowed its Drug Serv enterprise to collude with some private pharmacies to set the price of every public hospital and health centre prescription at J$200 - no matter the number of items on the prescription. It is the textbook definition of price-fixing.

The PPP programme offers an unfair advantage to those pharmacies selected to participate in the programme. The excluded enterprises cannot possibly compete with prices fixed at J$200 per prescription, and private pharmacies do usually count vast numbers of public hospital and health centre patients among their clientele. As it is now structured, the entire PPP programme forms an unlawful scheme of cartelisation.

Additionally, the arrangements under the PPP programme also breach the provision of Section 20 of the Fair Competition Act, as the PPP programme "directly or indirectly imposes unfair purchase or selling prices or other uncompetitive practices".

In a free-market economy, laws governing business practices are enacted for purposes of ensuring equilibrium and fairness. It is the exact outcomes that currently ail the pharmaceutical trade that these laws seek to prevent. Without compliance with these laws, behemoths can easily run roughshod over inferior competitors, as obtains currently.

The health minister, in the CVM TV newscast of July 3, 2018, argued that the market is segmented into private-sector and public-health sector customers, and that Drug Serv pharmacies are restricted to serving patients of public hospitals and clinics. These claims are woefully inaccurate. It is an incontrovertible fact that Drug Serv does accept private doctor prescriptions, offering prices way below those in the private sector. Even the NHF public online website trumpets this fact loud and clear, announcing: "While we expand, the Drug Serv Pharmacies will continue to prescription (sic) brand name and generic drugs. Catering to both public and private patients."

In a Sunday Gleaner column published on October 1, 2017, I wrote the following as the opening sentence: "A frightening crisis is looming in the pharmacy sector, which could shortly result in a severe shortage of medications."

Subsequent to the publication, instead of supporting the position, for some strange and inexplicable reason, the Jamaica Association of Private Pharmacy Owners (JAPPO) rebutted my prediction. The Gleaner publication of October 11, 2017 reported JAPPO as saying there was no crisis.

It was the same JAPPO that was forced to release a statement to the media regarding said drugs shortage. However, perpetuating its very strange stance of avoidance and obfuscation, JAPPO in its statement contorted around one main causal factor: the private trade cannot effectively compete with Government's unrestricted welfare programmes. Stay tuned. More of my clairvoyance from that October 2017 Gleaner column will soon come to pass.

It is simple common sense. No business can sell what is available for free. It is but a matter of time before such a business is forced into obsolescence.

- Milton Wray is a journalist and pharmacy owner. Email feedback to columns@gleanerjm.com and miltonwray@gmail.com.