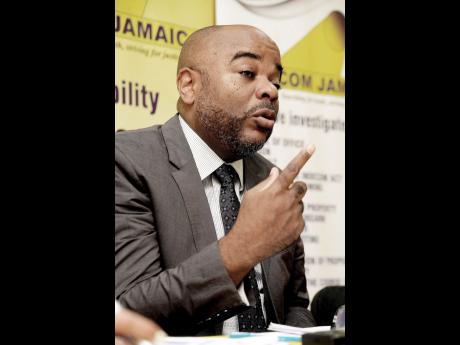 The ruling by the Full Court which has paved the way for the Independent Commission of Investigation (INDECOM) to execute a search of the headquarters of the Jamaica Defence Force presents interesting arguments concerning access to information and the public's right to know as against secrecy in the interests of national security. As with any matter of such sensitivity, finding balance and achieving an outcome which is acceptable to all concerned parties are often easier said than done.

The public's right to access information concerning the activities of the government and its agents is an indelible feature of a vibrant democracy. The concept of transparency suggests freedom to enquire and examine, that there is nothing to hide and that nothing is being hidden, working on the assumption that if there is nothing to hide then there should not be a problem.

Notwithstanding, one should appreciate that at any given time there are goings-on within the government apparatus which, given their circumstances and nature, it would not be prudent to share the details in the public domain, at least not for the time being.

In many instances, such highly sensitive information may be classified for release after a specified period of up to 50 years, when public knowledge of the details would not affect any individuals, organisations, or operations that were central to the matter in question.

However, there are also drawbacks to this practice, as questions are often raised as to who makes the determination regarding classification and the period of restriction and the reasons why. Of course, questions of subjectivity invariably arise, laced with suspicions of conspiracies and cover-ups.

While there are valid reasons for having watchdog agencies such as INDECOM, logic would suggest that a pragmatic rather than dogmatic approach would be utilised in executing their functions, particularly as it relates to the working relationships with agencies for which they exercise investigative oversight appurtenant to operational incidents.

However, the head of INDECOM, Terrence Williams, has struck me as the sort of person who must have the last say in any matter in which he is engaged; an individual who has a passing acquaintance with reason and rationality.

The dictatorial manner with which INDECOM has operated, with Williams leading by example, has had a significant impact on the conduct of operations by the members of the security forces, who invariably find themselves encountering hostile criminals while on operations and hostile investigators in the aftermath of incidents involving casualties.

The public lambasting of the police, in particular, is something I consider to be quite distasteful. The pending search of the army's headquarters by Williams and his team of merry men is ripe for a public brouhaha, especially if they don't find what they are looking for. I wonder where they will turn thereafter? Office of the Prime Minister, standby.

Who will determine and control the scope of the searches, especially if proceedings morph into a witch-hunt? What guarantees are there that the members of the search team will refrain from revealing information gleaned during their search, whether intentionally or through stupidity? Will they be subjected to the Official Secrets Act as a condition of undertaking the search?

And what of security clearance for these intended investigators? Are they security vetted, and if not, have we considered the risk in allowing unvetted persons access to as sensitive an area as the army's headquarters, rife with classified documents and information on diverse matters concerning our nation's security?

Be careful: once the donkey is through the gate the fallout is likely to become ignominious, especially with the likes of Williams handling the reins.