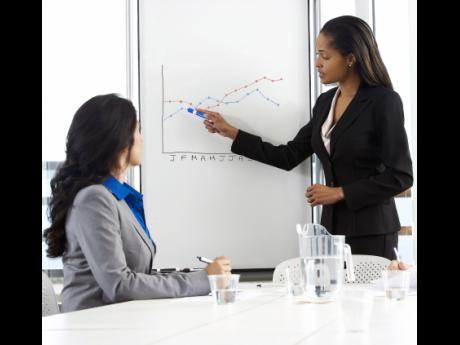 The activism around the 'right to bare arms' has sparked a very quiet but important conversation in some circles about the issues faced by our women that get more attention.

Though they are not, in anyway, opposed to women being allowed to wear a sleeveless blouse to government buildings, they have concluded that this is a blatantly middle-class issue.

I didn't think so deeply about it as I, too, am terribly annoyed by the ridiculous dress-code regulations across the public sector. Notwithstanding, the arguments reminded me of a question I have been asking about the women's movement - why are economic issues and the realities of women of the grass roots not a central feature of the advocacy agenda of the women's movement?

The women's movement has been a critical pillar in the fight to secure human rights and social justice in Jamaica. However, questions are being raised in academic, activist and other spaces about the legitimacy and representativeness of those involved and the issues they champion.

Most glaringly, from observations, though the movement continues to be active with its strong advocacy around violence against women and meaningful inclusion of women in policy and decision-making, there has been a dearth of focus around socio-economic issues despite the stark realities facing many women across the country.

Data show that despite the progress that has been made in Jamaica, women are still bombarded with a plethora of social, economic, cultural and political issues. Women are generally poorer than men in Jamaica as they earn 40 cents less than men for every dollar earned.

Likely to be unemployed

Women are more likely to be unemployed, and among those who are employed, they tend to be concentrated in specific areas such domestic work and low-paying jobs in the service industry. Many are also involved in unpaid care work. Data from the Statistical Institute of Jamaica (STATIN) show that women are almost two times more likely to be unemployed then men at 7.5 per cent and 12.1 per cent for men and women, respectively, as at January 2018.

The dearth of focus in this regard on women's economic issues by the movement, especially for those at the bottom of the socio-economic ladder, betrays the principles of social and gender justice organising and activism.

It raises many questions about the movement's priorities in relation to the challenges faced by women across the country. There seems to be a lot of focus on shattering the glass ceiling for managerial and executive positions and increasing the number of women in Parliament and on public- and private-sector boards.

The poorest women in our society ought to be represented and included in advocacy, activism, policy and decision-making spaces for them to have a voice and be able to use their agency to improve their communities.

It seems to me that the women's movement has a key role to play in this regard. It has an obligation to facilitate the disruption of what seems to be an 'elite consensus' and ensure the securing of economic justice for women who are poor and vulnerable across the country. Improving the livelihood and well-being of those women at the bottom must be a critical part of the work that is being done to liberate women in Jamaica.