Daniel Thwaites | Patwa Queen too long on the throne 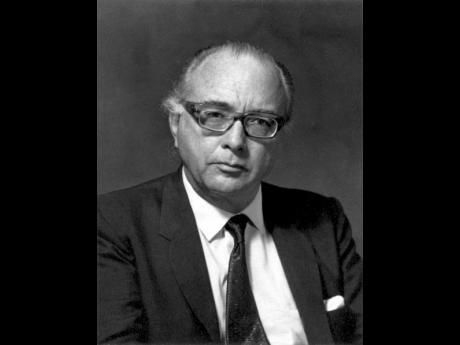 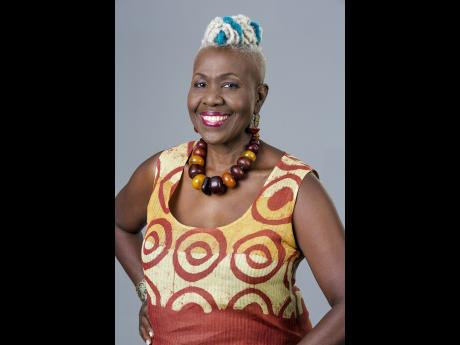 My Patwa column proved popular, drawing replies of various crudity. I had spoken about the Great Patwa 'Quarrel' drawing from Chesterton's remark that "people generally quarrel because they cannot argue", and in full knowledge that it would excite some, ahem, Pavlovian responses. I will come back to this sweet spot after I hack through some weeds around the edges. Suh grab yuh lass and come.

Actually, I began to formulate the column upon reading The Gleaner's endorsement of some comments my father, also opposition education spokesman, had made in his own newspaper column about introducing 'Jamiekan' into the classroom. It seemed to me that Ronnie was conceding too much to the vogueish agenda of academic activists who represent no one and are usually best ignored.

Then I came across a debate on Twitter, where (among others) two parliamentarians were spelling out their view of these same matters. Alando Terrelonge tweeted:

"I was born in the inner-city community of Grants Pen, went to Shortwood Basic School, Half-Way Tree Primary, Campion ... . I was taught in English & speak 2 foreign languages."

Juliet Cuthbert-Flynn tweeted about her own experience and how she's training her daughter:

"I don't teach Zara in patois and so she already knows phonics why would I want a child from another background to be at a disadvantage because I know better? ... Foolishness wi a talk."

Please note: These views, so far as I can discern, are not appreciably different from those of the late great Morris Cargill. Hold that thought.

As it happens, I don't agree with Terrelonge or Cuthbert-Flynn. We have to consider, and cater for, children who are perhaps less talented than Terrelonge and arrive at school from families with less standard English than Cuthbert-Flynn. These students have to be brought to standard English through pedagogy. Why shut out the Jamiekan if it's useful and necessary to develop English mastery?

Now we might think of opinions on this issue as running along a continuum where the Cargills and Cuthbert-Flynns hold one extreme, and the language activists occupy the other.

There are many shades of opinion in-between. For me, I have no religion about whether Jamiekan is a distinct language or one of many non-standard Englishes. Whether it is an accent, a dialect, or a distinct language, if we are at all serious about equipping students for success in the real world, English mastery is the non-negotiable essential.

I remain sceptical about Martin Henry's counsel that the designation of "distinct language" status is purely descriptive and doesn't include prescriptive judgements. Is Trinidadian a language? Bajan? How granular do we get? Plus, the difference between Shakespeare's English and Theresa May's or Mr Trump's is much greater than the distance between May's and Buju's. Why would we say it's the same language in the one case, but hurry to say it's different in the other?

Anyhow, to get back on track, I find the following point made by Henry dispositive:

"Jamiekan isn't about to replace English as a language of instruction. It couldn't, even if we tried. Jamiekan is not sufficiently codified and popularised in writing to be used as a medium of literate instruction or communication."

In other words, at this point it's a parlour game of, at best, marginal relevance. Still, what is known to the babe and suckling often bears repeating to whiners in the academic echo chamber.

My proposal is that Jamiekan, or Patois, or Patwa, or whatever you want to baptise it, not be excluded from the classroom at all, but rather used as a scaffold, an asset, to achieve English mastery. It's not an exotic or peculiar way of approaching this problem.

My wife taught at a New York school with a large population of non-native English speakers, and looked at the problems of English learners for thesis requirements at Columbia University. Hilariously, one of the biggest problems was that education bureaucrats assumed that the largely 'Mexican' population were native Spanish speakers when, in fact, their native language was K'iche'. Spanish was already a second language.

For our purposes, the important point is that there was no deep diving into the grammar of Mayan K'iche' as a strategic precursor to teaching these students English. This in a fully resourced system with an additional classroom-teacher to assist non-native speakers, and a third teacher for special needs kids. So what exactly are we talking about when we're told of the need for "bilingual education" in Jamaica? Is it to teach Jamiekan as a precursor to English? Or teach both at the same time?

What are the requirements in terms of resource allocation? Where are the teachers for this new programme? With what human and material resources? Wherefore the examinations? Think about it for a bit and you see that anything beyond a pragmatic usage is pie-in-the-sky fabulism and shading into guinea-pig experimentation wid people pickney.

Plus, do remember that Patwa has been doing just fine without 'help' from academicians. I go further: Our inventiveness, colourfulness, originality, ingenuity, wit and wisdom, have been improving English tremendously. Consider the infamous recording of that same Cussbert-Flynn chipping some "klaat". It's riotous poetry to my ears.

Henry speculates that Jamiekan is poised to take off and begin its own literature. OK. Well, right now its orthography is an insular high-brow game. Meanwhile, English is what will give students earning power and access to the world.

Incidentally, the Twitter 'debate' that launched me on to this topic culminated with @BigBlackBarry's (I'm summarising a tweetstorm):

"What is it that has changed in some people's view in Jamaican society over the last 30 years that now in 2018 students are not able to understand lessons in English? Or were they not understanding before in the '60s, '70s, '80s? ... Dem bright till dem r**s dunce ... . Dem live inna book werl an nuh understand road an people. Dem can chat seh any ting, it nah affect dem or fi dem pickney."

That is the rub, eh? I dare them to put two primary schools beside each other advertising that one will teach English and the other will spend the first few years teaching Patwa phonetics and writing as an eventual bilingual gateway to English, and see which one the parents crowd into.

Now I have responded judiciously to Carolyn Cooper's attacks because the editor has cautioned me about alienating elderly women, my core demographic. And anyway, Cooper spent most of her time warring with remarks Morris Cargill made last century. When @BigBlackBarry agrees with @LittleWhiteMorris, what drives someone to reach so far back for Cargill?

Anyway, she accused him of various high crimes and unpardonable sins, to wit, of plantocracy, banana farming, bakra-ism, colonialism, siding with the ruling classes, and general feistiness. Then in a furious fit, she sought to execute Daniel as heir to Morris. But it naw guh werk.

I don't merit either the guilt, or praise, by association.

Let's start with the praise. Cargill was a more skilful writer than Cooper or I, and it is evident that this has caused some anguish. Superior skill will elicit admiration or resentment. For my part, I choose to admire. But I have no intention to channel him or anyone else.

Nor shall I accept any condemnation for any of Mr Cargill's antics. He seems to have had a poodle that learned to write and then expressed some illiberal opinions. It has caused Cooper distress for decades. But really and truly, what can you expect from a poodle? Modern progressive opinions?

I also have a dog with literary ambitions, but I have no immediate plans to allow him to write my column. The thing is, my dog writes like Warmington talks to journalists. If he submitted a column, it likely would be just a string a badwud.

With all that said, there IS one freakish similarity that makes me consider if Comrade Marx isn't right about history repeating as farce. For years, Cargill shared The Sunday Gleaner's op-ed page with Dawn Ritch. So once again the gods have conspired to pair the mercurial clown with the unhinged harridan.