Fitz Jackson | In whose interest? 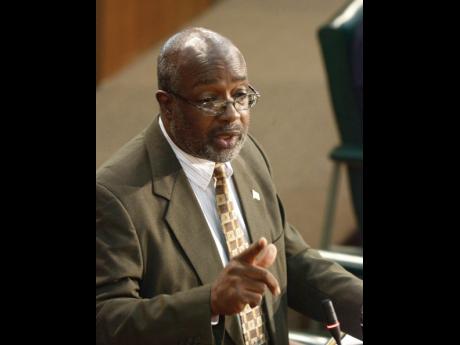 The issue of rapacious and unconscionable fees being charged by commercial banks has been a growing source of concern and anger for most Jamaicans.

On Monday, October 29, the Ministry of Finance and Planning issued a news release, presumably in response to an online message about banking fees that has been making the rounds on social media. The news release also followed other statements by government officials and a publication by the Bank of Nova Scotia (BNS) two days before in The Gleaner.

The release, however, was most notable not for what it said, but what it did NOT say.

Scores of people have lost their money because the banks have been applying the dormancy fees, among numerous other charges. This has resulted in many accounts reaching zero or negative balances. To compound the matter, the banks immediately deduct from any deposits made to those or other accounts to offset the negative balances.

The effect of those policies is that innocent savers, including pensioners, persons saving for rainy days, emergencies or their children's education, or saving to build a house or make an extension, lose significant amounts of their money. In such cases, these bank fees and charges cause the innocent bank savers to become debtors to the banks unknowingly. As it stands now, whatever remains in these accounts, after 15 years under the current Banking Services Act, automatically goes to the Government.

Now, the Government, in its desperation to take what is not theirs to satisfy its spending habits, is moving with impatience to take the remaining balance sooner than the 15 years provided for in the act. Instead of waiting for the 15 years as they have now indicated, they want to take those funds after seven to eight years.

THE RACE IS ON

So, the race is now on between the banks and Government to see who can get the biggest share of the so-called dormant accounts. Depositors who have their savings for extended periods undisturbed will, therefore, continue to lose them. With the Government set to change the rule from 15 to seven years, depositors are set to lose what is left faster.

Not only will individual account holders and their daily lives be affected, but also micro, small and medium-sized businesses would suffer tremendously from the deposits and withdrawals made daily, including RTGS transfers, which erode their cash flow and increase their banking costs. These are the kinds of situations that the Banking Services Amendment Bill, which has now been retabled, would protect customers against in the present environment.

In the last debate, all the governing members of parliament, including Prime Minister Holness, voted against the bill. The vote and defeat of the bill allowed the banks to continue the high fees, and in some instances, the fees were increased. The only governing MP who did not vote against the bill then was Mike Henry, who was absent.

All the opposition MPs supported the bill and voted for its enactment to protect depositors.

On February 13, 2018, the then minister of finance, Audley Shaw, led the fight in Parliament on behalf of the Government and banks to keep the fees in place. He told the Parliament that the amendments to the bill were not necessary as 95 per cent of the provisions were already in place. Yet, all the banking fees that were being charged before the bill came up for a vote in the Parliament remain in place today. Since the defeat of the bill, some banks have even introduced new ones and have modified previously existing fees. The vote against the bill by the 31 government members represented a vote against the protection of account holders. What kind of government acts in this way against its citizens?

In 2017, $40 billion was extracted in fees by the banks from account holders, and $50 billion is projected for 2018. It is very clear that the vote in Parliament by the government members preserves the open money extraction.

There was a brief pause in the dormancy fee charges last year during the debate and before the bill came up for a vote in Parliament. They ceased after an announced plan of court action against the banks for breaching sections of the current Banking Services Act relating to the duty of care by the banks. The court action is seeking a declaratory judgment on the provision that causes the return to every account holder of all such fees deducted, plus damages resulting from those unlawful actions by the banks.

The BNS publication on October 28 did not list the names of dormant account holders in alphabetical order, starting with the surnames, so that affected depositors could easily identify their accounts. No one knows if this was a deliberate attempt to confuse the presentation of names on dormant accounts. Could it be that this detail was overlooked by the authorities because the Government is a potential beneficiary from the depositors' inaction? It, therefore, begs the questions: Whose interest is the Government protecting? Is our Government protecting the interest of the ordinary people, or the interest of the banks that are making billions monthly from the so-called dormant account holders?

One of the primary roles of any government is the protection of the public interest, and particularly the interests of the most vulnerable in the society. Every day that the Government delays the passage of the Banking Fee Bill, it is more time given to the banks to take more billions of dollars from ordinary, hard-working Jamaicans.