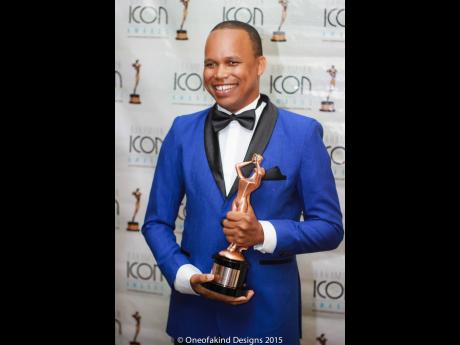 But these bodies are not tourists in paradise. And they are not natives. They are Haitians living illegally in the Bahamas. Victims of human smuggling, they are damned to a hellish death by drowning.

The Bahamian filmmaker is quoted in a report published in Miami New Times on March 3, 2017, two days before the world premiere of ‘Cargo’ at the Miami Film Festival: “When I was nine years old, I remember watching the news with my mother, and it was a news item of these bodies that were washed up on shore…and these were Haitian migrants who were trying to get to Florida. They washed up on shore in the Bahamas. During the news, at that time, they just showed everything…I've never been able to forget that image.”

No one who watches ‘Cargo’ will ever forget that image or the gripping drama with its cast of memorable characters!

A white Bahamian cocaine trafficker, deported from the US, descends to smuggling humans to keep his son in private school. He cannot accept the fact that his life of privilege is over. His self-indulgent wife fails to come to terms with her impoverished circumstances.

Then there’s the struggling Jamaican domestic worker who refuses to be sexually exploited.

My favourite character is the Haitian waitress who desperately dreams of a better life for herself and her son. And does something about it, despite the risk.

‘Cargo’ is a must-see movie. It is a challenge to us to rise above petty national barriers and reclaim family. Many of us have forgotten that when the Haitian people broke the chains of slavery more than two centuries ago and established their proud nation, they welcomed all enslaved people from across the Caribbean.

This is beautifully illustrated in a true story. In November 1816, James M’Kewan came in from Spanish Town, docked his boat in Kingston Harbour and went about his business. On board, there were 15 men.

They captured the boat of their presumed master and quickly set sail for Haiti. M’Kewan went looking for them. He was forced to return to Jamaica with neither the now free men nor the boat.

Early in the new year, M’Kewan went back to Haiti demanding the return of his “property”. President Alexandre Pétion set him straight: “I have received your letter of 28th inst claiming the English schooner Deep Nine, together with the individuals who brought her from Jamaica to Trou-bon-bon, as your property. I have just given direction for restoring to you the vessel, and everything pertaining to her, but as to the men, they are recognised to be Haitians by the 44th article of the constitution of the republic from the moment they set foot in its territory, and it is out of my power to restore them to you agreeable to your demand”.

Believe it or not, M’Kewan demanded reparations from the Jamaican Government for the loss of his ‘property’ and was awarded £1000 in compensation!

These days, Haiti is a country from which its citizens flee. And they are rarely welcome elsewhere in the Caribbean.

Kareem Mortimer’s film asks us to remember our history and use it to shape our present and our future. We cannot abandon the Haitian people, assuming an unfounded superiority. Material poverty cannot be used as the measure of one’s humanity.

In any case, there are compelling reasons for Haiti’s continuing economic crisis. In 1825, the Haitian people were forced to pay reparations to France for the loss of “property” when they declared freedom from slavery. The emancipation debt was the equivalent of US$21 billion today. It was financed by French banks and the American Citibank. The sum was reduced and finally paid off in 1947, more than a century later.

‘Cargo’ premiered in Jamaica last Wednesday at Carib. At a public forum held the day before at the University of the West Indies, Kareem Mortimer and his business partner Alexander Younis confirmed their commitment to broadening the audience for Caribbean films within the region.

They argue that, with a population of approximately 50 million, the Caribbean can sustain a vibrant film industry. Filmmakers in the audience agreed.

There are so many stories for us to tell. In spite of its heart-wrenching theme, ‘Cargo’ is, at core, a celebration of our shared Caribbean identity. And there’s hope, not just despair. There are moments of intimacy and tenderness and, yes, sex. Full frontal nudity, both male and female!

In 2013, Mortimer and Younis co-founded Best Ever Film to advance their work. The company is named after the Mortimer family business, Best Ever Candy Kitchen, a cultural institution in Nassau. The stories that the film company will continue to tell may not always be sweet. But they will certainly be satisfying.

- Carolyn Cooper, PhD, is a specialist on culture and development. Email feedback to columns@gleanerjm.com and karokupa@gmail.com