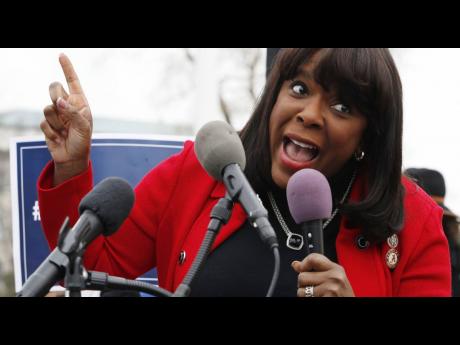 The US is the principal trading partner of CARICOM Member States with which the USA maintains an overall trade surplus. The CBTPA, linked to the CBERA, is due to expire in September 2020. The required waiver from the World Trade Organization (WTO) Most Favoured Nation (MFN) principle will expire in December 2019.

On February 8, 2019, it was reported by several US news sources that in the current 116th Congress (2019-2020), Congresswoman Terri Sewell (Democrat, Alabama) and Congressman Brad Wenstrup (Republican, Ohio), as bipartisan co-sponsors, had introduced a Bill, H.R. 991 to extend certain provisions of the CBERA until September 30, 2030 and for other purposes, in the House of Representatives.

Recall that a similar Bill was introduced in the House by Representative Sewell and then Representative Carlos Curbelo (Republican, Florida) in September 2017.

The current Bill H.R. 991 was referred to the House Ways and Means Committee for examination. This committee is mandated to examine all Bills with tax implications and to recommend them to the full House for adoption.

If approved, it then goes to the Senate, and if approved there, is recommended to the president for signature. As a bipartisan Bill, it should have relatively easy passage through the House. However, this is not guaranteed and a lobbying effort is required from the Caribbean countries, which are now the primary beneficiaries.

The Guyanese American Chamber of Commerce out of South Florida has already called on the US and Guyanese business communities to support the Bill.

The US Chambers of Commerce operating in the Caribbean – in Jamaica, Barbados and Trinidad and Tobago – as well as other private sector groups in Jamaica and other Caribbean countries, should also be rallying to support this Bill. It seems to me that the Bill has to be considered and adopted in Congress to be signed by the president by September 2019.

In a previous article on the renegotiation of the North American Free Trade Agreement (NAFTA), I had also suggested a review of the revised NAFTA, which is now the US, Mexico and Canada (USMC) Agreement, as I do believe that there is a link between the NAFTA and CBPTA as it relates to Rules of Origin.

It is reported that CBERA/CBTPA is still having a positive impact for exporters and importers of goods from the Caribbean. Note that Caribbean goods enter the US market receiving preferential treatment under CBERA/CBTPA (CBI), the Generalized System of Preferences (GSP), and the WTO MFN.

I am of the view that it is important for the Caribbean beneficiaries to retain the CBERA/CBTPA.