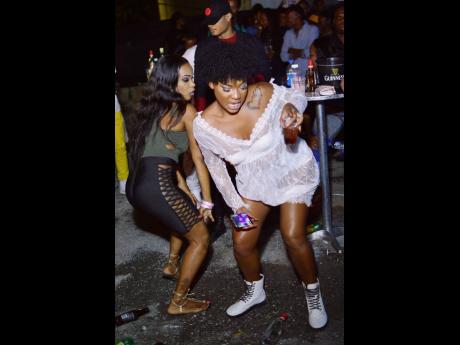 Recently, there were heated exchanges in the public domain born out of criticism of pictures of young ladies attired in dancehall outfits which were deemed inappropriate. Dancehall diehards were quick to cuss the critic, dubbing him as being ‘elitist’ and out of order for attacking their beloved fraternity.

Love it or not, dancehall music and the attendant dance moves and fashion are here to stay. It is an integral part of our culture and has tremendous influence on the attitudes and conduct of the wider population.

Unfortunately, the general theme of the genre leans towards vulgarity and ‘boogu-yagga’ behaviour, which does not find favour among all Jamaicans.

Many argue that dancehall music, along with other manifestations of our culture, is responsible for the general lawlessness throughout the country.

M. Thomas (‘Uncritically embraced?’; Gleaner, February 26, 2019) explains culture as “the total range of ideas, beliefs, and values of a people”. The Oxford dictionary depicts culture as “the arts, customs and manifestations of human intellectual achievements of a particular time or people considered collectively”.

We are the descendants of slaves and our culture today no doubt reflects our forefathers’ customs, ideas, beliefs and values, which would have been predicated on their circumstances. Their art and music, likely expressions of their severe dislike for their slave masters, are now manifest in our traditional as well as current art and music.

Dancehall music is an expression of the perspectives on the streets and a way of life for many: anti-establishment attitudes, intolerance for law and order and despise for informers expressed in the crude and vulgar language of those streets.

Dancehall music glorifies all of this and then some, thus earning a reputation as a catalyst for low-life behaviour. The fact that numerous dancehall artistes have been implicated in criminality does not help.

However, to be fair, dancehall music is not unique as a genre that supposedly brings out the worst in listeners. Rap, hip hop and heavy-metal genres, none of which can boast of any semblance of tradition, culture or custom, have distinct and different ‘groupies’ yet uncouth behaviour is par for the course among their diehards.

‘Boogu-yagga’ behaviour will continue, and regardless of whether such behaviour is inspired by dancehall music, the detractors will nevertheless cast blame. They will continue to find fault with dancehall fashion, and while that is their prerogative, I wonder if they find soca music and carnival costumes equally objectionable.

Notwithstanding, the dancehall culture is not without blame for some of the ills in society, but the situation would hardly have been different without it.

Speaking of soca, many diehards question why we subscribe to soca carnivals, which are essentially imported brands, music and all. What about our own indigenous music, reggae and dancehall, fused into our own ‘carnival’?

Dancehall music will continue to evolve beyond the understanding of those who are not immersed in it. Dancehall-inspired fashion will continue to gain traction worldwide, absolutely bling, as will the very creative dance moves.

The more we criticise, the more resilient the industry becomes, all the while further engendering the anti-establishment attitudes. Instead of repeatedly bashing the industry and its followers, ways should be found to inculcate more positive messages into the music without subverting the essence of the genre, thereby improving the image and widening the opportunities for artistes, dancers and fashionistas.

There is opportunity to be realised, therefore, given the extraordinary influence the music has on our society and beyond. However, as the saying goes, “charity begins at home”, and so the industry stands to realise greater benefit if changes come from within.

In the meantime, tolerance, please.

One Jamaica, One Love.