Therese Turner-Jones | You can get it if you really want 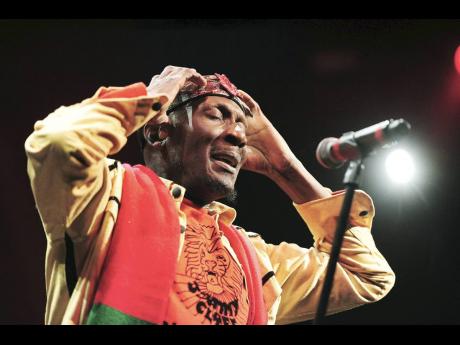 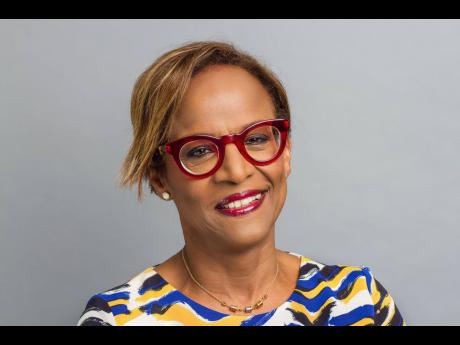 A few years ago, when the Inter-American Development Bank (IDB) was launching our hemisphere’s largest microfinance conference for small and medium enterprises in Jamaica, we had a special item designed to infuse local culture in the proceedings.

Talented musicians did a cover of Jimmy Cliff’s iconic anthem You Can Get It If You Really Want. It was a stirring and powerful reminder of the importance of determination in the quest to achieve anything worthwhile.

This month, for the first time in about 20 years, Jamaica’s debt is expected to fall to 96 per cent of its gross domestic product (GDP), moving from historic highs of as much as 147 per cent. It is timely and convincing evidence that you can indeed get it if you really want!

The reality is that, similar to Jamaica’s ability to amaze in the world of sport and entertainment, its macroeconomic transformation is just as inspiring. It’s an example of how fiscal discipline and citizens’ support for tough measures can work to restore stability in a relatively short time, and under different political administrations.

It is also a strong example of the power of partnership in realising a vision to improve lives.

For the IDB, our partnership with Jamaica has been invaluable. It proves that both countries and their multilateral partners can adapt, and that the most effective support needs to be dynamic, and responsive to evolving needs and circumstances.

The IDB, along with the International Monetary Fund (IMF) and the World Bank, has been a key pillar of multilateral support for Jamaica in its efforts to stabilise and transform its economy since 2010. Since that time, the IDB has contributed to the design and implementation of a number of crucial reforms, including the introduction of Jamaica’s fiscal responsibility framework and significant public-sector restructuring, which have, and will continue to serve as the cornerstones of sound and sustainable economic and fiscal policies for years to come.

These and other related efforts have supported Jamaica’s tremendous progress with debt reduction, while also helping to usher in an unprecedented moderation of inflation and interest rates, that has benefited all of Jamaica’s more than 2.9 million citizens.

In this context, Jamaicans deserve tremendous credit for weathering the economic implications of a tremendous front-loaded fiscal adjustment – one of the most significant ever undertaken.

In this effort, Jamaica benefited from an unwavering commitment from all domestic stakeholders – that is, the Government, civil society, the financial community, as well as the private sector and unions.

The key difference between this successful episode of reform and failed attempts that preceded it was the public’s commitment to change. It was this steadfast commitment that allowed two different elected governments from opposing parties to sustain the effort over such a long period; not the size of the emergency lending programme or its technical nuances. It is within this context that the IDB focused its support and partnership, with the objective of providing the Government with advice and technical expertise, and financial support directed to Jamaica’s most vulnerable communities.

In its dual role as Jamaica’s most significant multilateral lender and committed technical partner, the IDB’s efforts were crucial for developing and sustaining public support, over time and across two administrations.

We at the IDB realised that business as usual was not enough – we adapted our support and engagement to best serve the people of Jamaica in a difficult time. Through coordination with other multilateral and bilateral partners, we were able to provide technical assistance and sequenced support to help sustain public backing for painful reforms.

As the success of the programme became more evident, and the commitment to reforms became more deeply engrained, we increased and adapted our support to the changing circumstances. In this context, we are proud to be a part of Jamaica’s inspiring story of determination and transformation.

At present, our main focus is supporting the Government in completing key reforms that are under way, including modernisation of the public sector, and ensuring that the financial system is more inclusive and able to serve the needs of Jamaicans.

Looking forward, we remain a committed partner of Jamaica as it undertakes the next generation of programmes and reforms, that step beyond economic stabilisation, and focus on structural transformation, with the aim of more rapidly raising living standards, while also ensuring that faster development does not compromise social and environmental sustainability.

Jamaica must also become more resilient to external shocks and natural disasters, and that is why we are providing contingent financial and other support to help weather future storms.

It would have been hard to imagine how strong, resilient, and full of promise Jamaica’s economic future is today a mere decade ago. We at the IDB are proud to have supported Jamaica in this miraculous transformation, and would like to recognise the tremendous efforts undertaken by Jamaica’s partners, authorities, and most of all – its people. Jamaicans – above all others – deserve credit for this success.

Ultimately, it will be up to the people of Jamaica to help sustain this progress into the future.

We at the Inter-American Development Bank stand ready to continue supporting Jamaicans in working towards a more sustainable productive, and prosperous future for their nation. Ultimately, the IDB’s mandate continues to be to improve lives by creating a vibrant, sustainable, climate-smart economy, where people are safe productive and happy – where ‘You Can Get It If You Really Want’.

Therese Turner-Jones is the general manager of the Inter-American Development Bank’s Country Department Caribbean Group, which oversees the bank’s operations in Barbados, Guyana, Jamaica, Suriname, The Bahamas, and Trinidad and Tobago. While serving in this position, she continues to carry out the functions of country representative for Jamaica. Email feedback to columns@gleanerjm.com