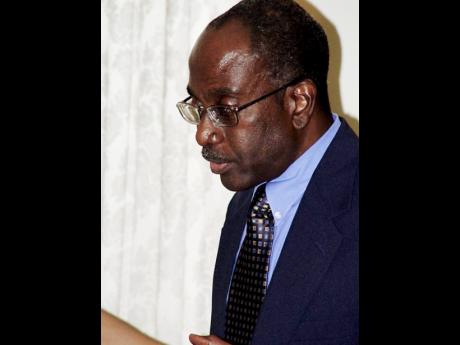 As Christians reflect on the inner life before God, it would help to revisit our notion of sin. Beyond the traditional view of sin as a breach of God’s requirement, I urge a provocative and troubling view of sin from Christian philosopher Dallas Willard.

In his book Renovation of the Heart, Willard says “the thought of sin is not sin and is not even temptation. Temptation is the thought plus the inclination to sin – possibly manifested by lingering over the thought or seeking it out. But sin itself is when we inwardly say ‘yes’ to temptation, when we would do the deed, even though we do not actually do it .”

The last sentence is where Willard is provocative and troubling for me. He is not simply talking about the first of the well-known three-fold areas of sin – ‘thought, word and deed’. He is also pointing beyond the traditional focus on sin as act/deed to something deeper, though unnerving.

For Willard, intention is key. The interior state of the self demands examination, as Willard urges the initially objectionable notion that we sin when we “inwardly say yes to temptation, when we would do the deed, even though we do not actually do it”.

Unlike as it is with most crimes (though not all), where a deed is required in addition to a guilty intention for a crime to exist, Willard’s idea is that the intention alone (because one has inwardly said yes to the temptation) is sin.

Sure, you could volitionally change your mind and not go through with what you had inwardly consented to, but the inward yes renders you guilty, according to Willard.

This approach to sin, though seemingly excessive, is actually on target spiritually, as the inner life (with intentions, desires, determination, will, etc) is more indicative of who we really are, and what we are really like, than our behaviours would suggest.

When sin is taken this seriously, I learn to confess not just sins actually done, but, as well, my personal leaning/proneness to certain sins (the inward yes).

Whether we call such sins ‘besetting’ or ‘weights attached’, at times it may be that they beset or hang on to us as weights because we do not agree with God’s Word that they are really sins!

Appropriate hymns that deal with this level of honesty before God include that stanza of Come Thou Fount, which laments “prone to wander, Lord I feel it, prone to leave the God I love…”

Or the stanzas of Take Time to be Holy that assure and urge “each victory will help you some other to win…dark passions subdue, look ever to Jesus He will carry you through.”

The counsel of the prophet is quite appropriate during Lent: “Rend (tear up) your heart (the inner self) not your clothes.”

Rev Clinton Chisholm is the academic dean at the Caribbean Graduate School of Theology. Email feedback to columns@gleanerjm.com and clintchis@yahoo.com.