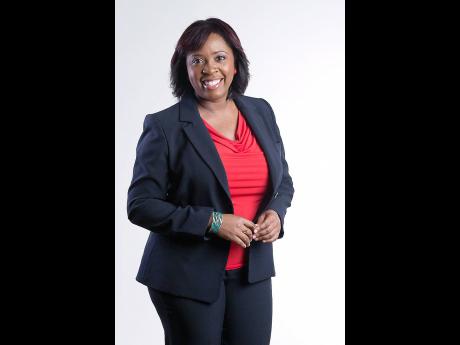 Everybody knows I’m in love with Patria-Kaye. There are problems. She’s taken. I’m captured.

Oh, and there’s the small matter of her being half my age and a schoolmate of the Old Ball and Chain’s eldest son SkullDougery (a.k.a. the Computer Whiz).

So my love has been of the firmly unrequited type, and the only time we spend together is on a Tuesday morning on The Gleaner’s op-ed page.

But I had a whale of a time with her last Tuesday as she weighed in on the incredibly optimistic salary expectations of newly graduated job seekers.

In an incisive column headlined ‘Know Your Worth’, among many gems of pure, unsalted truth, she wrote:

“Truth is, for many of us, in our first few years in corporate, on paper, we were employed, but in practice, we really were enrolled in a paid internship. You took the position not for what you earned, but for what you could learn.”

I know I’m going to be told the world has changed. I don’t care.

My first job as a newly minted lawyer was at a firm then called Judah Desnoes Lake Nunes Scholefield & Co (JDLNS & Co). That firm, now Nunes Scholefield DeLeon & Co, just celebrated its 90th anniversary. It was a golden opportunity to learn the techniques required to be a real lawyer (instead of a book lawyer, which was what I had been “educated” to be) to be offered a position at the firm. I learned of the amount of my meagre salary when at the end of the first month at work, I collected my pay cheque.

In my life, I’ve never negotiated a salary or asked for a “raise”.

Previously, in between adventures at the University of the West Indies (UWI), I was employed as a minion in the Tourist Board’s planning, research and statistics department. Even then, my salary was made known to me when the first pay cheque arrived.

The job included producing “house counts”, which involved the menial task of calling every hotel once per week and finding out the number of available rooms and the number of rooms filled by guests. I made it my mission to ensure that my house counts were the best, best presented, most accurate of all time. After three months, I was called into the department head’s office and given a surprise raise of pay.

LEARNING ON THE JOB

At JDLNS & Co, I sat at the feet of learned seniors like Arthur Scholefield, who taught me to start on my feet in court with “May it please the court” instead of “hi” or “hello” (I actually worried about this after Law School) and other vital matters of legal etiquette.

I also sat at the feet of Lowell FD Smith, who taught me how to conduct a pre-trial conference with witnesses and the importance of detail; and Mike Nunes, who taught me that honesty in legal affairs was essential not optional.

I had to pay UWI and Norman Manley Law School to teach me how to read books and regurgitate other people’s thoughts on exam papers. At JDLNS & Co, I was taught how to be a lawyer. Not only did they NOT ask me to pay, they paid me. Where the heck would I’ve come off telling them they weren’t paying me enough (which was the fact)?

As a result of my low-paying “job”, I’ve survived a 40-year career in law with some minor distinction and managed, with the invaluable fiscal and managerial assistance of Old BC, to support and nurture a family.

I learned in high school, as a nerd who couldn’t get any girls, that if you run down women, they will run away from you. If you ignore them and look about your self-actualisation, you’ll have to beat them off with a stick.

The principle applies as emphatically to money. Like women, money does the talking. You-know-what (akin to Master’s degrees) encourages walking.