Minett Palmer-Lawrence |Through my eyes: Ja and the telecoms market 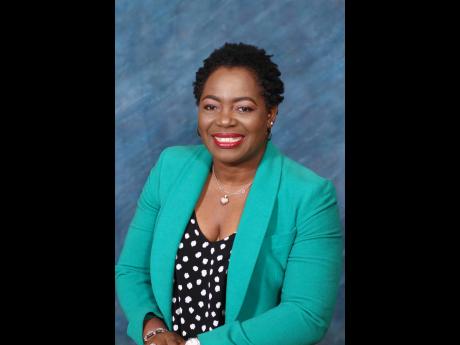 I see the developments in the telecommunications industry through eyes of a vastly different colour, shape, and focus.

In the picture that accompanied the announcement of Jamaica’s historic agreement with Cable & Wireless (C&W) Jamaica, for the surrender of the monopoly licences, I am the woman standing behind the Honourable Prime Minister P.J. Patterson as a witness to the execution of that agreement.

Fast-forward to January 2019, and I am the woman seated in court fighting for the chance to claim my entitlement to a stake in the very industry that is more the product of my vision and hard work than most of my opponents.

In the summer of 1998, I was the litigation attorney ‘on duty’ when a major client of the firm decided to commence action against the Government, in protection of its monopoly licences.

Oh, the sense of irony with which I reflect on those facts!

On that very occasion, my spirited and successful defence of the monopoly regime earned me a position as the company’s first vice-president of regulatory affairs.

It is a matter of public record that the Office of Utilities Regulation (OUR) had stoutly resisted applications for telephone rate increases for several years, and C&W’s guaranteed rate of return had become elusive.

The tension was high, as the Government was now under pressure to open up the market, but it was locked into a monopoly licence up to 2038; if renewal was automatic.

In those halcyon days, it was inconceivable that a 15-year licence could be revoked, and millions of dollars of investment placed in jeopardy.

My first assignment was to secure a successful rate review; which I did. The revenue loss from the bypass operations was increasing so rapidly, however, that holding on to the monopoly profits was foolhardy.

In other parts of the C&W empire, monopoly markets had been forced into competition with disastrous results. The possibility of a negotiated surrender on favourable terms held great promise.

I remember very clearly the chain of events that led to my being in that picture with the prime minister. The magistrate had ruled against the company’s interest in a criminal complaint against an alleged bypass operator, who had most definitely attached his V-Sat equipment to the public telephone network in order to deliver phone calls.

Public sentiments were against a rich multinational using an archaic law to deprive customers of innovative technologies.

The telecommunications industry in Jamaica was under very close scrutiny, so naturally I was asked to make an assessment of the market; and in a related discussion with a senior member of the London office, I was told that a conversation with the Government on the way forward would be most welcome.

I had occasion to speak to the minister shortly thereafter, and he expressed a similar hope. The meeting was convened, and I spent 90 days of my life working with lawyers, economists, and various government officials to draft instructions for what became the Telecommunications Act 2000.

My eyes were opened to the tremendous potential for human and social development that a well-resourced information and communications technology (ICT) sector holds for countries like Jamaica, which cannot hope to compete effectively against the manufacturing or agricultural giants of the world economy.

I envisioned only the best, and insisted that all our standards and procedures be held up against international best practices from comparative markets.

In those days, C&W wanted a level playing field, where they had a fair chance to compete against any political favourite, as it was thought that the six V-Sat licences were an omen of things to come.

All that excitement in Jamaica soon infected other Caribbean markets, so I spent one year as a consultant in the region; preparing other C&W businesses for their journey into competition, and it was not surprising to me that my own minister soon asked me to work with him on completing what we had begun working on from different sides of the table.

Creating the framework for the sub-sea fibre licences, establishing the Universal Service Fund and fighting for its survival in Washington, and having the opportunity to craft the memorandum of understanding under which the PetroCaribe Fund was established, are only a few of the high points of an exciting and fulfilling period of public service.

Having successfully prepared the case for increased telephone rates, I knew more about access deficit and rate rebalancing than most economists, and it was readily apparent to me that the funding for universal service could be uniquely provisioned by leveraging the arguments on those two issues.

The established theory and legal justification for carriers to fund the provision of access to all citizens, irrespective of means and location, is matched by the legal obligation to compensate the contributing carriers from the same fund for providing the access at subsidised cost.

It is my view that we are yet to deliver on the promise of universal access, or even to apply the funds to its intended purpose.

Any review of the Telecommunications Act will reveal that public consultations, industry consensus, fairness, and transparency are essential pillars of the regulatory framework and the competitive landscape.

There was a global trend for monopoly markets to rush into competition under the political pressure of local investors wanting to oust the foreign multinationals. Courts from Africa to Asia, Australia, and elsewhere were pronouncing in unison that monopoly licences were an infringement of the constitutional right to communicate freely.

There was a justifiable fear that, left to their own devices, politicians would favour local operators over the interests of the well-heeled multinationals.

For those reasons, Jamaica’s legal and regulatory framework were designed to avoid the potential for the very abuse that is happening today to my own company.

Robust provisions were crafted for the protection of interconnection agreements, the right to automatic licence renewal for 15 years in the first instance; elaborate safeguards to prevent revocation of a licence without due judicial process; and maintaining a clear demarcation between technical assessments and political discretion.

I am satisfied that Caricel’s experience is a miscarriage of justice, but it may well be a necessary catalyst for change and improvement to an industry that can truly transform this economy.

Due process is statutorily guaranteed, as a safeguard against arbitrary and oppressive regulatory treatment.

It was envisaged that any alleged breach of licence would be met with a clear notification of the particulars of the breach and what action is required to cure the breach.

Regulatory decisions are to be issued in writing, and reasons provided; all this to avoid the possibility of punitive action without known justification. Experience at home and elsewhere had shown that political interference with the grant and administration of licences was difficult to eradicate if transparent systems for decision-making were not in place.

The telecommunications industry is in a situation of deep crisis. Caricel’s investment in establishing new facilities for access to the Internet is the only significant investment in network infrastructure in the last five years.

Other carriers have reduced or ceased making new investment, and are barely maintaining existing facilities as they balance the need to grow revenues while ushering in upgraded technologies.

Effectively, we have a duopoly in which the two firms are yet to make a significant investment in their data networks; despite frequent announcements or half-hearted forays into the market.

This is my opinion.

With no marketing effort, and an overwhelming volume of negative press, Caricel’s products are sold out and remain in high demand. The OUR has described a customer base of 15,000 as being statistically irrelevant in their consideration of the impact of the revocation of the licences, but those customers and thousands more represent the unmet demand for service that the two large carriers have not satisfied.

In a democratic society, licensing requirements are meant to allow equal access to resources for all applicants on equal terms. The criteria by which persons are adjudged fit and proper, the technical requirements for a network, and any other critical requirement should be documented, publicised, and applied fairly, irrespective of nationality or political standing.

As I reflect on all these events, I see now that my experiences in the telecommunications industry are not isolated events. These events are played out in near-identical details in every industry at all levels; and, sadly, most go unnoticed.

It is my hope and desire to use the death of the Caricel licences to breathe life into a fresh and exciting wave of change.

Minett Palmer-Lawrence is the company secretary for Caricel. Email feedback to columns@gleanerjm.com.