Tony Deyal | In sickness or in health? 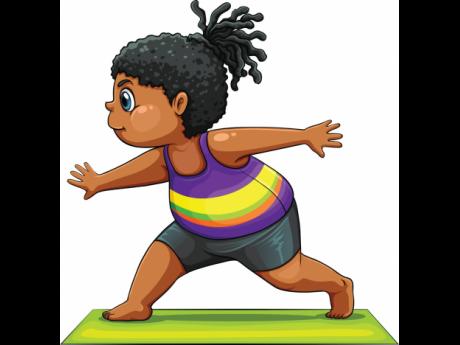 “Doctor Bell fell down the well

And broke his collar bone,

Doctors should attend the sick

And leave the well alone.”

That would be great advice if doctors were able to easily determine who is sick and who is well, but while this sounds simple, it might not be all that straightforward, either to diagnose or treat.

Some are child’s play, as in the case where the panicking mother went to the doctor and said anxiously, “Doctor, doctor, my little boy has just swallowed a roll of film.”

The doctor, in complete control, advised calmly, “Well, let’s just wait and see if anything develops.”

Another complained that her daughter got heartburn every time she ate birthday cake.

The doctor suggested wisely, “Next time, take off the candles.”

Unfortunately, there are some issues that are more difficult to deal with.

A few years ago, my doctor told me that my cholesterol level was too high and that I had to cut my cholesterol intake to reduce the risk of a heart attack, stroke or high blood pressure.

However, a report in the British Medical Journal stated that reducing cholesterol increases the chances of death through fatal accidents, suicide and violence. A study in another journal, Lancet, reported a link between low cholesterol and increased incidence of depression among men over 70, although one critic said that being over 70 is enough reason to be depressed.

Even more cause for depression can be found in the case of a patient who went to the doctor to check on his cholesterol levels.

After the tests, the doctor told him, “I have good news for you. Your cholesterol has stayed the same. But the bad news is, the research findings have changed.”

If there is any situation that is worse than the cholesterol conflict in terms of health, it is the difference between ‘fat’ and ‘fit’.

Michael Forbes recently wrote in Huffpost that for 60 years, doctors and researchers have known two things that could have improved, or even saved, millions of lives.

The first is that diets do not work. Not just paleo or Atkins or Weight Watchers or Goop, but all diets. Since 1959, research has shown that 95 to 98 per cent of attempts to lose weight fail and that two-thirds of dieters gain back more than they lost.

The second big lesson is that weight and health are not perfect synonyms. Studies have found that anywhere from one-third to three-quarters of people classified as obese are metabolically healthy. They show no signs of elevated blood pressure, insulin resistance or high cholesterol. Meanwhile, about a quarter of non-overweight people are what epidemiologists call ‘the lean unhealthy’.

A 2016 study that followed participants for an average of 19 years found that unfit skinny people were twice as likely to get diabetes as fit fat people.

According to the Cooper Institute for Aerobics Research in Texas, a study of 25,000 men for 20 years said that it is not fatness but fitness that counts. Thin people who don’t exercise are more at risk than fat people who do.

The head of the institute is quoted as saying that when researchers study obese people, they find illnesses they blame on fat. However, it is laziness (on the part of those who are studied, as well as those who study them) that is to blame.

There is this slim man who told his doctor that he wasn’t able to do all the things around the house that he used to do. When the examination was complete, he said: “Now, Doc, I can take it. Tell me in plain English what is wrong with me.”

“Okay,” said the man. “Now give me the medical term so I can tell my wife.”

However, weight is not the only difference. While size is supposedly not everything, the research shows an enormous contradiction.

One study came up with the conclusion that women with a breast size of D cup scored approximately 10 IQ points higher than women with A or B cups. Implants didn’t count. However, statisticians assert that well-endowed women are viewed as less intelligent because men pay more attention to their cleavage than their conversation.

Another contradiction of sorts is about sports and sex. Shape magazine claimed, “Muhammad Ali always abstained before hitting the ring. Even Plato said Olympic athletes should avoid sex before competition. But science suggests doing the deed won’t actually zap all that energy or be a distraction during the kick-off. In fact, an orgasm might help combat muscle pain for ladies, while a testosterone boost could even help build strength for men. (As if the act itself wasn’t reason to take part!).”

However, another study finds that whether you’re slim or large, big sports events can be bad for sex. Isis, a healthcare market research company, says that sales of erectile dysfunction drugs such as Viagra dipped during the World Cup in 2002. Prescriptions dropped from about 25,000 a month to 13,000, proving that the men were getting high on sports and nothing else.

In unrelated news, a global survey in the British Journal of Science found that penile fracture is “not rare”. This proves that watching sports on television is not the only way to really break up a relationship.