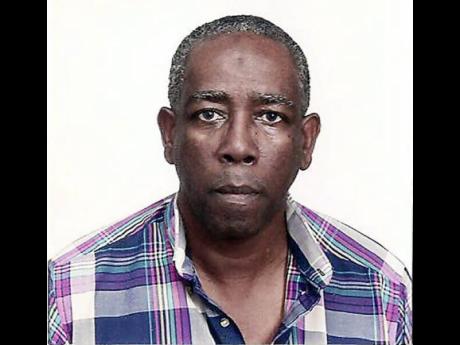 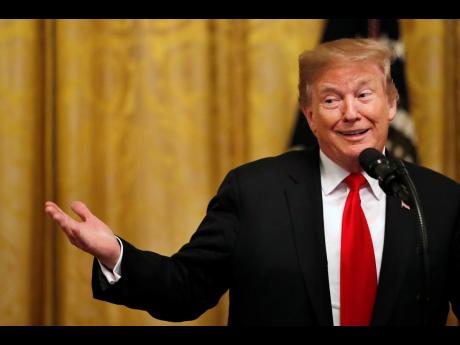 George Conway, a conservative lawyer and husband of Kellyanne Conway, adviser to United States President Donald Trump, is one of the harshest critics of his wife’s boss.

Recently, he made some more unflattering comments about President Trump. Using the American Psychiatric Association’s (APA) handbook on mental illnesses, he showed remarkable similarities between Trump’s behaviour and the manual’s outlined symptoms of mental disorder.

Conway’s wife, no doubt motivated by her awareness of her boss’ proclivities, responded by saying that he deserved to be angry because her husband was not a psychiatrist.

In 1964, during the presidential campaign between Barry Goldwater (R) and Lyndon Johnson (D), Fact Magazine polled 12,356 psychiatrists. The question asked was: Do you believe Barry Goldwater is psychologically fit to serve as president of the United States?

Some of the responses were alarming.

One said he “... had the same psychological makeup as Hitler, Castro, Stalin and other schizophrenic leaders.”

The APA wrote Fact, saying, “...Should you decide to publish the results of a purported ‘survey’ of psychiatric opinion based on the question you have posed, the APA will take all possible measures to disavow its validity.”

Fact ignored the APA, Goldwater lost and sued the magazine and its principals. The issue at hand in Goldwater vs Ginsberg was the article published by Fact titled ‘The Unconsciousness of a Conservative: A Special Issue on the Mind of Barry Goldwater’, in the September to October 1964 issue.

The court ruled in favour of Goldwater and awarded $1 in compensatory damages and $75,000 in punitive damages.

The APA then issued the ‘Goldwater Rule’ in 1973, which is now Section 7.3 in the Principles of Medical Ethics with Annotations Especially Applicable to Psychiatry. The rule applies to public figures and states, “It is unethical for a psychiatrist to offer a professional opinion unless he or she has conducted an examination and has been granted proper authorisation for such a statement.”

This may be a good time to look at President Trump’s medical record. During the campaign, when he vilified, libelled and humiliated his rival Hillary Clinton, one of the comparisons he made was their health.

His friend at the Enquirer photoshopped Clinton’s picture, showing a bloated, sick, 300lb invalid, attributing to her a string of deadly diseases.

Asked to produce his medical records, this fast-food, Pepsi-drinking fanatic produced a document from a character known as Dr Harold Bronstein, stating that he was in “astonishingly excellent health” and his stamina was “extraordinary”.

This year’s medical revealed that some astonishing things happened since.

Barack Obama is 6’1”. When they stood together during his inauguration, they were the same height. This year, in a photograph Trump took with former basketball player, Alex Rodriquez, who is 6’3’’, Rodriquez was towering over him.

Specific findings in the health memo were: height, 6’3’’; weight, 243lbs. This height-weight combination would translate to a body mass index (BMI) of 30.4. The National Heart Lung Blood Institute has a website which also has a BMI calculator. The category listed as ‘Overweight’ is 25-29.9. ‘Obesity’ is a BMI of 30 and greater.

Oh! And speaking to CNN earlier this year, Dr Bronstein said: “Mr Trump dictated that whole letter. I just signed it.” He further stated that after the swearing-in, Trump’s bodyguard raided his office and removed his medical records.

Dr Bandy Lee is a psychiatrist on the faculty of the Yale School of Medicine and an expert on violence prevention. Mindful of Donald Trump’s past patterns of violence and his personality traits predisposing him to violence, alarm was raised among thousands of mental health professionals from around the world. Together, they formed the World Mental Health Coalition and asked Dr Lee to lead them.

Their belief is that mental health experts should not stand idly by while they see a danger from psychological patterns that are poorly understood by the public and risk being minimised or normalised.

The book that chronicles their findings is The Dangerous case of Donald Trump. An updated version of The Dangerous Case of Donald Trump: 27 Psychiatrists and Mental Health Experts Assess a President will be released this month, with 10 more mental health experts explaining the cultural, political, military and environmental dangers resulting from his psychological dangerousness.

Cesar Milan of Dog Whisperer fame is a Mexican-American dog trainer. He had this to say, “Humans are the only species that follow unstable pack leaders.”

I would substitute “humans” with “Americans”. What we have learnt about the American psyche since this man announced his bid for the presidency is truly remarkable .... and frightening.