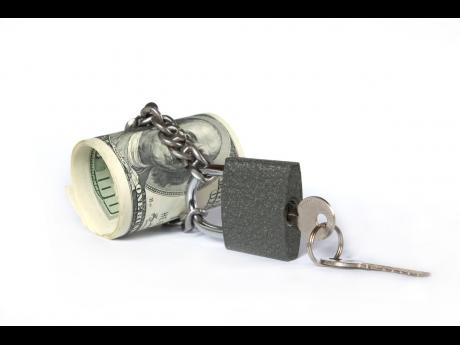 Many of us were surprised to hear that our county’s estimated inflation rate is expected to be as low as around 4.80 per cent. The authorities defended their calculation but, given the increased prices in various products and services, that low estimated inflation rate still seems remarkable. However, I was not ­surprised at the recent polls showing that most people are not enjoying incomes commensurate with the improvement in our country’s economic health.

Often, we see many prices either creeping up insidiously and some escalate in leaps and bounds. The infamous weekly gas and diesel prices may fall by a few measly cents, but tend to rise by dollars the following week. The sneakiest but most persistent price increases take place in the supermarkets. We all need to eat so, although we might try to shop around, we all buy most of our food.

I understand that merchants price their goods by estimating the foreign exchange rate months in advance. It’s speculative and, therefore, goods are priced based on their replacement value, and those prices never go down. That makes the prices of many goods increase over a fairly short time.

Our economy is heavily dependent on the United States dollar. There are several major drains on the system. The hotels house our invaluable guests, but a ­significant portion of those earnings is not returned or re­invested in Jamaica. The major hotels are either foreign-owned or have major foreign investment. They must pay their foreign investors, and that leaves relatively little to put back in the country from which cumulative billions of dollars are earned.

Our banks perform similarly. They accept our savings, but charge us a fee for doing so. They use our money to lend to others and make a healthy profit. They charge us when we withdraw our savings and charge us if we do nothing with the account (even though they are always profiting from it). Then, the banks also send money abroad to their owners and investors.

We need transport, but the auto ­industry significantly depletes our foreign exchange by spending millions of United States dollars annually. The vehicles and parts that they import are not usually for production or for earning needed foreign exchange, so there is no getting back what they consume … it’s a one-way thing.

We are consumers who produce relatively little. All these factors make for increases in the rate of inflation. It’s therefore difficult to explain such a low rate of inflation when there is so little production, excessive spending (consumption) and a weak Jamaican dollar.

I suggest that the reason for our ­lower-than-expected rate of inflation is what I call the ‘S’ (subsidy) factor (modelled off the National Water Commission’s ‘K’ and ‘X’ factors explaining the modifications to their bills). Most Jamaicans, both blue- and white-collar workers, are subsidising the economy because they are either charging or receiving salaries that are well below what they are worth. This goes for PAYE earners, skilled and unskilled labourers, business people, entrepreneurs, and even professionals.

Every profession/occupation is different, so I can only speak for doctors. The vast majority of physicians are charging fees that are way below the services that they offer. If everyone were to demand the type of salary commensurate with their service/job, the rate of inflation would skyrocket.

If the baseline for salaries were a living wage instead of a minimum wage, the middle-class workforce would need better payment packages, the self-employed would increase their fees/prices, and all this would increase the rate of inflation. In other words, most citizens, in all spheres of life, have been holding strain.

This wide disparity in salaries/­earnings contribute to despair, migration, ­corruption and crime.