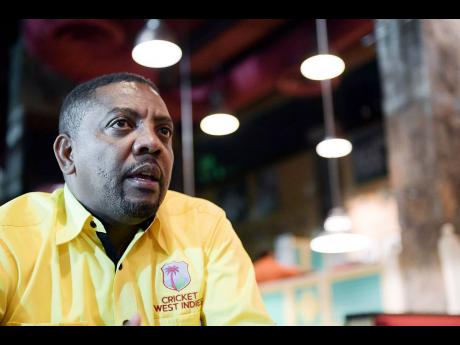 It was what we called ‘First Standard’ in our elementary school, and it was the year after ‘Introductory’, a word which my friend Brewster could not pronounce – he said “Intowjucktree” – and because this quickly became his nickname, he was very happy to be in a class the name of which gave him no problems to pronounce.

But pronunciation became the least of our problems when Mrs Forde, the teacher, fresh out of training college, wrote ‘penmanship’ on the blackboard and told us to get our copybooks out for it. We were country children and had never heard the word ‘Penmanship’ before. We knew ‘arikmatik’ and ‘spellin’ but not ‘Penmanship’.

Noting our consternation, she said, “Penmanship is another word for ‘handwriting’. Now let me see how good you can write.”

It is clear to me, in retrospect, that she had heard about the incident involving Teacher Bunsee, Brewster and me. He gave us a test which required that we name the young of various creatures. I got the young of ‘cat’ right – “kitten”, I whispered to Brewster, who was stuck. ‘Lion’ – I told Brewster “cub”, and he duly wrote it down.

Then it was Brewster’s turn to help. The question was, ‘Name the young of a goat’, and I knew that Brewster had a young goat that he took care of.

“What you does call it?” I asked Brewster.

“Meggy,” he said, and that is what we wrote.

What was unfortunate is that Teacher Bunsee thought that, as the class clown, I was up to my usual mischief and was kidding him, so that he had warned Miss Forde to watch out for me and Brewster.

This is why when she said, “Today, I am going to teach you about proverbs, ”we had no idea what in God’s name she meant. However, it was not the Proverbs from the Bible that she was referring to, since it was an English and not a religious knowledge class, but the type the Oxford Dictionary describes, “A Short, well-known pithy saying, stating a general truth or piece of advice”.

It is a good thing Mrs Forde did not read out the Oxford meaning to us, or we would have all pithed ourselves.

As it was, a few of us came close.

Mrs Forde gave us an example.

Prudent had his hand up anxiously.

“Left and right before you get bounce down, Miss,” he volunteered.

“No, no. Look before you leap,” she corrected.

“Now Brewster,” she said to my friend with whom I shared a desk, “After, ‘A bird in the hand’…”

“Does bite, Miss. We have a parrot, and it does bite hard and laugh.”

Others chimed in, “Yes, Miss” and told their own stories, threatening to derail Mrs Forde’s train of thought, but with one shout, she brought us back on track and then said loudly, both to silence me and make me listen, “Deyal.”

I reverted to my deceptively angelic self, “Yes, Miss?”

I did not waste a second in thinking.

“A mister,” I replied with great confidence and the rest of the class, not knowing any better, did not laugh.

Mrs Forde, without a murmur but with a slight shake of the head in despair, changed the topic from proverbs to adverbs.

There are many twists on the old proverbs, even the biblical ones. For example, when one of our preachers at Mass referred to the biblical quote, also used by Abraham Lincoln, “A house divided cannot stand,” my friend Rudder murmured, “But he don’t know about duplex or what?”

When another preacher thundered, “None so blind as…” I thought ‘Stevie Wonder’.

A teacher gave her students the task, similar to Mrs Forde’s, of completing these proverbs, and these are some of the more original and applicable answers:

- ‘Strike while the…bug is close.’

- ‘The pen is mightier than…the pigs.’

- ‘Laugh and the whole world laughs with you, cry and....you have to blow your nose.’

My favourite is, ‘Better late…than pregnant.’

I thought of proverbs when Dave Cameron, former president of Cricket West Indies (CWI), boasted to The Gleaner last week just before the election, “If you noticed, I have not been campaigning. We have three of the territorial boards coming out and clearly saying that they are in support of the plans and the way forward. That means we have six of the possible 12 votes. My understanding is that this means that we can’t lose.”

Now that is one where for those who wish to comment, there are many appropriate proverbs. For example, Proverbs 22 advises, “The prudent see danger and take refuge, but the simple keep going and pay the penalty.”

Dave, however, while simply outnumbered by a more-than-simple majority, a two-to-one in cricket terms, would not accept that he is in any way simple.

The Biblical one which I prefer is, “Drive out the mocker, and out goes strife; quarrels and insults are ended.”

But while Mrs Forde will not agree with me, there are others, some of which are called ‘per-verbs’, that are also appropriate. A funny example of a per-verb is, ‘If at first you don’t succeed, skydiving is not for you” or “Put your burger where your mouth is.”

In Dave’s case, there is one that leaps out. “Don’t count your chickens before they are hatched.” There are variations like

‘Don’t count your chickens before you pluck their feathers’ and even ‘Don’t count your chickens before they cross the road.’ But what happened to Dave and his hubris is not just about being cock of the walk or ruling the roost. It is about karma, which, as writer Benjamin Bayani said, “Karma bides its time. You will always have to watch out. Karma is unforgiving and always gets payback.”

It was payback time with a vengeance.

Tony Deyal was last seen saying that Dave Cameron’s degree is in ‘hospitality management’, which, in his case, is an oxymoron. Email feedback to columns@gleanerjm.com