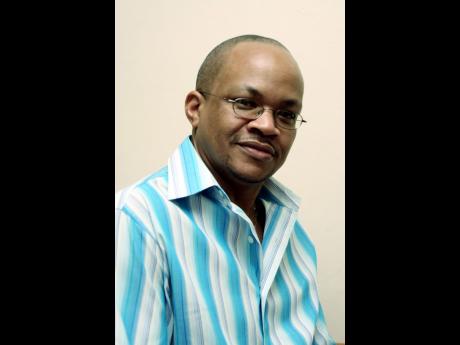 Mudslinging and hurling barbs at opponents are par for the course in politics. In any political campaign it is the norm for candidates to extol their virtues and highlight the flaws and failures of their challengers. If you hope to survive and succeed in the political arena you must have the integument of a pachyderm to withstand the stinging and biting remarks directed at you, and in this age of the Internet and social media, the memes and videos can be savage.

So, when Damion Crawford took the stage during a mass rally in Port Antonio Square, where he was formally introduced as the candidate for the upcoming by-election in East Portland, no one would have been surprised to hear him “big up” himself as a better candidate than his opponent, Ann-Marie Vaz, the wife of Member of Parliament for the adjoining West Portland, Daryl Vaz.

However, while boasting about his credentials and level of education, his comments about Vaz then, and subsequently, in my opinion, reek of hypocrisy and are divisive.

He remarked that, “If you look at potential, the furthest this lady will go is Mrs Vaz.” But Ann-Marie Vaz has been actively working in the parish for years, and with her passion and drive, it is arrogant to make such a prediction regarding her ultimate destination politically. To infer that all she will ever be is the wife of a politician is disrespectful.

Classism and colourism not only exist, but thrive in Jamaica, and Crawford mentioned it in relation to the upcoming by-election. He stated, “East Portland people say they want tourism. I have a degree in tourism, I have a master’s in tourism, I lecture tourism, and yet still because of her class and her colour, some people say this lady is more qualified than me.” I have no doubt that some people may think so, but I do not believe that colour and class are issues for the people in the constituency at this time. However, by raising the issue in front of a frenzied crowd, he seems to have played that card unfairly.

Regarding class, he went further by saying, “This lady said that she is ‘Action Ann’ and yet don’t have a plan. Action without plan is failure. How come a lady with three helper a walk and a tek of clothes off a line a seh she a ‘Action Ann’? She is ‘Acting Ann’”.

I find his comments alluding to her social class interesting. Vaz was born and raised in the country, Manchester to be exact, and had very humble beginnings. She grew up in poverty with an absent father, was raised by her grandmother and did not meet her biological mother until she was nine years old. Her social status has since changed, but she has been working in the rural constituency of East Portland for several years. She is familiar with the terrain and the people and understands their needs. Crawford, on the other hand, was born and raised in the corporate area. He, like Vaz, came from humble beginnings and has also improved his social status. So, in terms of social class, Crawford is not exactly a sufferer.

What is ironic is that Crawford “comes from town” and is disingenuously trying to create the impression that because of his academic qualifications he is better able to lead than someone who was born and raised in a rural community and has also been working in the constituency in which she hopes to win a seat.Vaz has been busy in Portland. Among other things, she started a foundation, The One Jamaica Foundation, which has built rooms for and helped to refurbish schools in the parish and has assisted several to become certified by the Early Childhood Commission. The label “Acting Ann” really does not fit.

As for the colour issue, Crawford later remarked, “I say they are Caucasian with little political potential, and Labourites are now outraged.” Ann-Marie is light skinned, but not Caucasian, and even if she were it is of absolutely no relevance. What I find to be interesting is the fact that Crawford used Vaz’s complexion and social class against her but was on the campaign trail with my colleague and friend Shane Alexis who is “high colour”, lives uptown, was born overseas and was running for a rural seat. If that is not the height of hypocrisy, I do not know what is.

Then there are the comments about Vaz’s intellect and ability to speak publicly. Vaz is not the best public speaker, and Crawford has understandably capitalised on this weakness with zeal. Unfortunately, he has sunk to basal levels of disrespect. One of his most biting comments was one in which he compared her intelligence with a pre-schooler, saying, “The three-year-old, him alone brighter than her”. Leader of the Opposition, Peter Phillips, was no better saying, “The next one can’t talk. Our candidate not dumb.” I marvel at these comments, as these guys belong to a party which was led by Portia Simpson Miller, who was not exactly a great orator of critical thinker. As a matter of fact, Phillips was defeated by her in an internal election for party leader.

Crawford must be honest. The battle for East Portland is not about qualifications,social status, and ethnicity. He complained of Labourites speaking disparagingly of him, but some of his harshest criticism has come from within his own party and from persons associated with it. In 2015, retired Northern Trelawny Member of Parliament Dr Patrick Harris had this to say of him, "A person like a Damion Crawford is disrespectful of the political process, disrespectful to Comrades in general, and, at worst, he is either stupid or fool-fool, and he should be put in the 'Ity and Fancy Cat Show', where you don't have anybody asking about democracy and such things to be in that.”