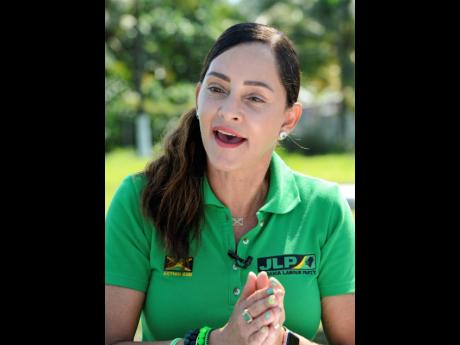 I promised Twitter followers I’d ask my friend The Terrible Tout for his East Portland by-election prediction for release March 16, but decided, on reflection, not to appear to try to influence the result with an early forecast.

It’s time for Touty’s East Portland NAP! And why.

Since 2016’s general election stunner, PNP hasn’t learned much and has taken East Portland for granted. Why not? It held the seat for 30 years. In 2016, despite an islandwide swing to JLP, PNP’s Lynvale Bloomfield retained the seat by over 2,000 votes.

So, if East Portland came up in internal conversations, surely, like Alfred E. Neuman, PNP would be justified in saying, “What, me worry?” and move on. But that would’ve been a superficial analysis.

Persons on the ground have a better idea of electoral prospects than pollsters. Like war reporters, you must be embedded to ferret out truth. Even so, a voter who sees you won’t be frank. Or Joe. Not even Chet. Jamaica’s best election predictor is ‘embedded’ but unseen. It’s a skill.

I’ve a master’s degree in Portland. I was there when Portland tourism (hyped by both candidates) began. Rafter’s Rest was my second home. We played at Folly; ate hard-dough bread from the Port Antonio bakery (I half remember it catch-a-fire?) and jerk pork from Boston; and I once walked an extra mile to avoid crossing a field inhabited by a fierce-looking bull. My eyes and ears still roam Rio Grande Valley.

So I can tell you that, since 2016, while PNP slept, JLP targeted the constituency. It carefully strategised to unseat PNP next time around. Even before she reluctantly agreed to enter representational politics, Ann-Marie Vaz worked tirelessly with and for Portlanders with visible results, as advertised by her work in education (teaching values through One Jamaica Foundation); selfless, unassuming participation in clean-up campaigns; empathy and generosity of spirit. Her astute promotion of these activities on social media radiated humility and sincerity.

Meanwhile, party machinery, led by her politically savvy hubby, quietly enumerated JLP supporters. 1,600 plus new voters have been enumerated since 2016. My eyes and ears assure me a majority represents JLP votes. Many Labourites stayed home in 2016 due to concern about their candidate and respect for Lynvale Bloomfield, a Portlander who cared for constituents (including in his medical practice) with love and compassion.

Will recent corruption scandals affect the by-election? Nooooo! Maybe if it was a general election. If the corruption cancer continues to metastasize, we might have another one-term government. But, on Thursday, voters’ motivation will likely be what the winner can do for them Friday. They know Government won’t change.

Between March 5 and 8, SOMEBODY with on-the-ground information placed a substantial wager on the “outer” at evens. I theeenk I can guess who.

Touty says this one is eeeeeeeeeezeeeeeeeeeee! Expect Ann-Marie Vaz to win.