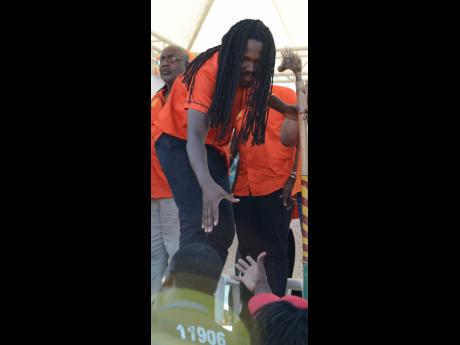 What now for Damion Crawford after his chastening defeat by the remarkable Ann-Marie Vaz in East Portland? To which seat does he now direct his energy and attention ahead of the next general election? What guarantees will he need about such a seat to take the plunge as he did in Portland?

Of those People’s National Party (PNP) seats still without adequate representation, is there any plum destination for the ‘Intellectual Dread’? And if so, what clout will he be able to wield in demanding to be given such a plum seat, given that he just mucked up a constituency that was, until ‘Action Ann’ proved otherwise, a PNP heirloom?

The future could look even bleaker for Damion. He could be facing another period of political drift as happened in East Rural St Andrew, when dissenting Comrades revolted, bulldozing the office he occupied as MP and slashing the tires of his bandwagon.

In the years that followed, Damion was marginalised by the party, reduced to the role of hype man at campaign events, whipping up the crowd and building the vibe for a more settled and accepted Comrade to enter the stage and spew PNP doctrine.

To the PNP, Damion was like Buju’s Boom Bye Bye, a song played in a dance by a selector who knew that just the first bar of the tune would guarantee him a loud, prolonged ‘forward’.

For a long time in the PNP, Damion was that teaser stallion. In those days, I despaired. Must this talented youth be reduced to travelling the island like a one-man variety show, playing with relish the role of the warm-up act for the so-called heavy hitters?

In September 2018, Damion’s ascension to the post of PNP vice-president, helped by the votes of party delegates, gave him an insurance policy on his future role in the party. The assumption of that role proved his days as a side man on the PNP’s truck were over. In reality, the youngster who had ruled the PNPYO defied expectations to beat Joan Gordon Webley in a general election in 2011 and who was taken in by Wykeham McNeill at the tourism and entertainment ministry, was now a man, equal to all in the PNP.

The PNP did not err in sending Damion to ensure that East Portland remained orange country. Instead, the PNP erred in the way it had treated East Portland over the last 30 years.

East Portlanders have no garrison housing projects built by the PNP and none of the fundamental ties that bind in the way the ‘Comrades a town’ are bound.

Hell, many of them didn’t even have running water in their homes. And when Action Ann gave them a taste of what they were missing, and then Damion erred with his debasing assessment of her, the PNP finally got what it deserved from those constituents.

In his short political life, Damion Crawford has been knocked down a few times. But never before has he been knocked out. He will prove himself a champion when he rises again.