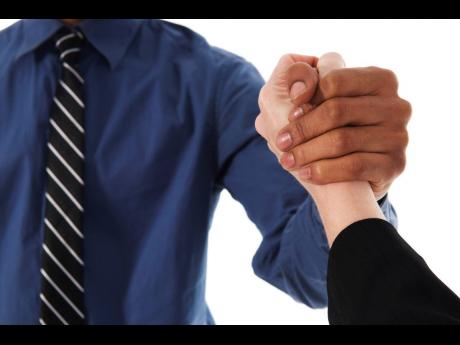 There is joy in community living because of forgiveness.

The recent by-election in East Portland telegraphs the need for forgiveness in national development. Hence, it is necessary that the candidate who concedes does do so unconditionally and graciously with a congratulatory message. It is not a time to promise a challenge, find fault with the process, or find excuses for one’s performance.

Furthermore, the candidate who succeeded should be humble in victory. It is not a time to flaunt or taunt the competitor. It is a time to praise the competitor as a worthy contender.

Anything less than that attitude and those pronouncements will take us back to the 1980s,when political leaders Michael Manley and Edward Seaga were at daggers drawn. The political temperature needs to be regulated. The supporters need good examples and guidance from political leaders.

In one family, including husband and wife, they support different parties, and there needs to be an understanding that we are one Jamaica.

Jamaica has a serious problem with reprisal killings. And not too long ago, revenge killing was the major motivation for the high murder rate. The act of revenge springs from an unforgiving heart. The desire for revenge comes from dysfunctional behaviour and toxic relationships.

Political aspirants might do well to imitate footballers. Before a football match, there might be mocking and boasting, but just before the match, everybody shake hands. And after a hard-fought match and even harsh tackles, the winners and losers shake hands and hug, and some exchange shirts. Our politicians need to emulate footballers and exchange green and orange shirts!

In addition, Glenn Tucker’s Gleaner article, ‘Learning to lose’ published on Tuesday, is applicable not only to Calabar but also to other disciplines outside of education, including politics, and should be required reading for politicians.

But the greatest motivation for forgiveness is God in Jesus, who forgave us of our sins. The model we received from Jesus is Him ­forgiving us seventy times seven.

However, there is a better way called forgiveness. This has to be learnt and ought to be intentional. Forgiving means we will not hold a grudge against the offender or remain in a state of bitterness, resentment and hatred towards them. However, forgiving is not necessarily forgetting, but more so remembering the offence without malice, without resentment, and without bitterness.

By clinging to resentment and insisting on revenge, the offended party remains chained to the object of his or her hatred – being obsessed with the offender, ­thinking about that person constantly, consuming our energy. But on the release of the debtor, one becomes free to get on with life uninhibited by resentment and malice. There is joy in community living because of forgiveness. We bless each other rather than blame each other. We are happy for each other.

And last Sunday, the Kingston College (KC) choir performed at Calabar High School, and guess where? In the chapel, the same location where Calabar boys, a few days ago, made an offensive statement about KC boys. What a model of forgiveness for this country.

Rev Devon Dick is pastor of the Boulevard Baptist Church in St Andrew. He is author of ‘The Cross and the Machete’ and ‘Rebellion to Riot’. Send feedback to columns@ gleanerjm.com.