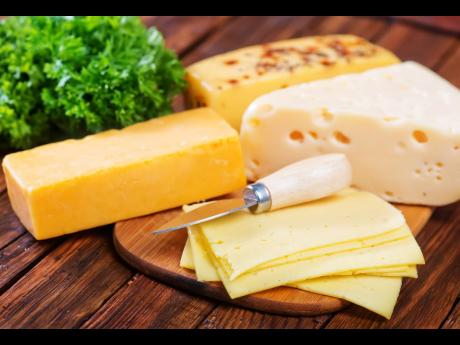 Age doesn’t matter unless you’re a cheese, but if you love cheese like I do, cheese matters considerably, despite your age or even whether the hardest substance in the human body is singular, plural, present, absent or merely missing in action. I refer, of course, as befitting a person of my age and standing, to teeth.

I love cheese and continue to do so regardless of a finding by researchers of the University of Michigan that cheese is a drug and can be as addictive as crack cocaine. Emily Myrin in LIFEHACK wrote, “A sample of 500 university students completed the Yale Food Addiction Scale, which measures the rate of food addiction in people’s lives and also studies the types of foods they crave. The number one most addictive food turned out to be pizza.”

There is a protein in milk products called ‘casein’ which breaks apart digestion to release a whole host of opiates called ‘casomorphins’ which trigger the reward reflex in our brains. Cheese, in any form, fashion, hard, soft or blue, is full of these proteins.

I have been mainlining cheese for almost all my life. Once upon a time, my father – between a job in the McBean Sugar Estate in Central Trinidad and eventually finding work as a ‘driver’, mainly of vehicles without brakes, licences or insurance, and owned by people with a lower tolerance of alcoholism than even my mother – decided to open a shop which sold rum (while stocks lasted), dry goods and sundry and other paraphernalia that, despite my father’s conviction they would sell faster than the hot ‘hops’ bread we stocked, remained gathering dust on the shelves and solitary showcase forever.

It was right after the Second World War. In fact, I was born one day after the atomic bomb was dropped on Nagasaki and four days before VJ Day (the Armistice on August 14, 1945). It was a period of rationing that lasted almost another 10 years, ending in England (the mother country) on American Independence Day, July 4, 1954.

A lot of staples were scarce and the long list included cheese. When the large blocks or circles of cheese, generally cheddar, arrived in Trinidad, they were quickly sold and consumed. The men would sit with their rum, drinking and talking loudly, and when they got increasingly inebriated and decided noisily on a ‘cutter’ or snack, would buy a ‘six’ or ‘twelve cents worth of cheese, sprinkle it liberally with pepper sauce yellow with mustard, or finely chopped raw pepper, seeds and all, (Lipton, Oberland, Laughing Cow) and eat it with bread or Crix biscuits and raw onions.

Later, we got the little triangular processed cheese in round, brightly painted cardboard or wooden containers and in small, neatly made boxes.

It was like coffee and me. My grandmother had to prepare breakfast for four families and this included ‘tea’. We had green tea, Milo tea, cocoa tea and coffee tea. All had copious quantities of milk and sugar. We children could take our choice and I took coffee tea, because at the time its supposedly negative effects on the nervous system, stomach lining and other caffeine-derived problems were unknown.

I can still place a cup of coffee on the back of an outstretched hand and drink it without burns or spillage.

We had cheese with our coffee whenever it was available. I loved it and was encouraged to consume more, especially with hot loaves straight from the bakery.

Cheese is a part of the language I love – English. For example, if someone says to you, “Cheese it”, you should not go to the fridge with the knife to add some cheddar to whatever is on the table, especially if “Cheese it” is followed by the word “Cops”, since it means to run like hell before you get arrested.

In Barbados, and previously in England, “Cheese and rice, man!” is not a dish but an exclamation or a euphemism that skirts around being guilty of blasphemy by swearing “Jesus Christ”.

‘Hard cheese’ is not only uncovered cheese left in the fridge too long but a slang term for ‘bad luck’. However, there are some that are hard for life and these include Parmesan (tastes grate), our long-time staple, Cheddar, Muenster (which has nothing to do with Loch Ness or Dr Frankenstein) and, if you think Cheddar is good, there is one that is Gouda. There are soft ones like Camembert and Brie, which is associated with the question, “What happened after an explosion at a French cheese factory?”

The sad truth is all that was left was de brie. Then we have one named after a Trini to the bone. Feta. There are the sad ones (Blue) and one of them prompted the kids’ joke, “Why was the one-legged Moko Jumbie crying?” He couldn’t get his Stilton.

As we head towards the UK’s National Cheese Day on June 4 (and I am in serious training for it), we have already missed National Cheese Lovers Day which was celebrated on January 20, National Pizza Day on February 9, Cheese Fondue Day held earlier this week on Thursday, April 11, and closely followed yesterday by Grilled Cheese Sandwich Day.

I have tried to make up for ignoring the others by honouring Grilled Cheese this morning with a toast.

Tony Deyal was last seen saying that his wife was cooking macaroni pie and asked him, “Where’s the cheese grater?” He replied, “Ireland, but some people prefer New Zealand.” Email feedback to columns@gleanerjm.com