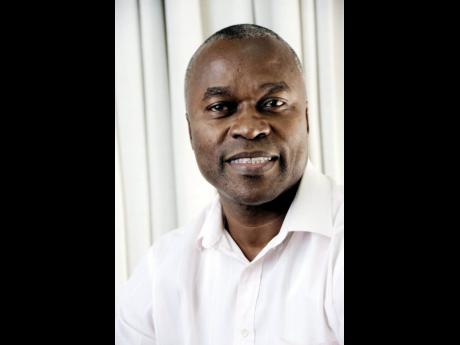 The head of the St James Police Division is reported as admitting that the upsurge of post-state of emergency (SOE) shooting is being contributed to by two groups. One, the detainees released following the end of the SOE and, two, those who fled the parish during the said SOE, then returned.

If the superintendent is correct, the police were unable to charge those who are known crime contributors, even though they had them in their custody. Further, law-enforcement officers were unable to track the escape and return of those who fled the parish during the SOE.

The standard policing approach to crime – investigations leading to the arrest and charging of criminals – is not working. What else will work? Are we to rewrite our Constitution and employ Guantanamo Bay-style ‘permanent detentions’ to ‘put them away’ forever, because we cannot find the evidence to put them on trial?

When I began my practice in the late ‘70s, law enforcement had no DNA, CCTV, admissibility of computer-generated evidence, or money-laundering offences, to name a few, at their disposal.

In March of this year, when the anti-gang law was being reviewed by a joint select committee of Parliament, the police sought to have an amendment to the law to allow them to hold pre-charged suspects for seven days, with a further seven days to be added by a parish judge, if needed. This clearly unconstitutional provision was not accepted.

When the Gun Court was set up in 1974, the idea of sentences to “indefinite detention” was not permissible in law, and this was after conviction.

The age-old presumption that detentions are preceded by investigations, and thereafter, charges should be laid, are protected by the Bail Act and the Constitution. The former says that a citizen, having been charged, must be brought before the court for bail to be considered within 24 hours. The Constitution prohibits indiscriminate, arbitrary, and indefinite detentions. It guarantees that we cannot be deprived of our liberty, except on reasonable grounds.

We are at a serious law-enforcement crossroads, not knowing where to turn, it seems. If the police are to be relied on, the capturing of suspects is not the solution.

Are we left with permitting the unending detention of people, or releasing them to continue their mayhem? Are we to live in a permanent state of emergency, or are we to retool the investigating arm of the police to be able to gather evidence and prosecute criminals successfully?

Though the Constitution allows for the suspension of our right to liberty during a state of public emergency, it contemplates this as a temporary measure only. We must be able to address the serious issues of cauterising the problems during this period of a state of emergency, so that thereafter, normality can return and our rights restored.

When we are forced to admit that capturing suspects cannot lead to placing them on trial, when we are locked into using the SOE to detain only, and when we cannot use science and technology to obtain convictions, we are all in a sad place.

We won’t get to where we ought to be until we recognise that detection, and not detention, is the true deterrent to crime.

Bert Samuels is an attorney-at-law. E-mail feedback to bert.samuels@gmail.com and columns@gleanerjm.com.