Erica Hamilton | What exactly is ecotourism? 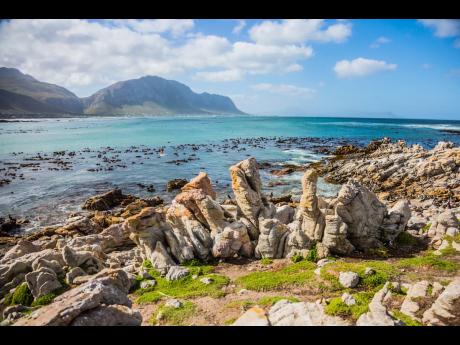 I imagine many of us, when we think of ecotourism, think of long, hot, boring walks through deteriorating old places, primitive conditions, lectures, perhaps museums, all fairly intimidating effort compared to luxury resorts. But the two are not incompatible, often going hand in hand.

As an ecotourist, you decide to travel in a way that shows respect to nature and does not contribute to its degradation. Additionally, ecotourism is a part of environmental conservation, and understanding what the needs of the people are who are local to the area so that you can help to improve their quality of life.

Some of the advantages are that it is an opportunity to preserve ecosystem and biodiversity, and a chance to generate revenue to support research. It gives a way for the local community to earn and, by sharing their knowledge of the local terrain and ecology with visitors, they develop a strong sense of communal pride.

Ecotourism can create jobs in remote areas that have benefited less from economic development programmes often implemented in more populous areas. Protected areas and conservation usually provide benefits, including the preservation of biodiversity and maintenance of watershed; it ensures that robust animal populations remain. It provides a market for local handicrafts and art.

The disadvantages, generally, are considered to be that indigenous culture is threatened; it can cause displacement of some local residents and is susceptible to catastrophic downfalls such as could come from worldwide instability, but no more so than mainstream tourism. And in Jamaica, our evolved indigenous culture is embraced.

In summary, it is a form of nature tourism, a foundation for sustainable tourism that uses natural resources as the major component and reduces waste, carbon emissions and environmental damage, while supporting a local economy. But it often requires research on the part of the traveller, can cost a lot, and is not easy to sell, as people don’t want to think that hard when planning a holiday.

To illustrate the variety, Biosphere Tourism lists 17 examples, including Gijon in northern Spain, which has a strong maritime culture and an absolute commitment to comprehensive preservation of the environment, and a tourism model that focuses on the satisfaction of visitors. The BioHotel in Colombia is designed from beginning to end with the most rigorous standards of sustainable construction, and its philosophy includes an exhaustive process of acquiring eco-efficient suppliers and supplies in the international market. It is an architectural icon of Bogota.

Feynan Ecolodge is a first for Jordan, uses 100 per cent renewable energy and has minimal impact on its environment.

Bombom in Principe Island, in the Gulf of Guinea, is remarkable. Its water and recycle project aims to reduce the usage of plastic, create awareness for the reduction and waste reuse, make potable water available, and contribute in a general manner for (sic) the ecological consciousness of all population and tourists.

The concept behind the project is based on the exchange of 50 plastic bottles for a refillable one in stainless steel, designated as the biosphere bottle which can be refilled at potable water dispensers made available for the purpose.

A wide range of sensitisation activities are offered, such as diving under the leadership expertise of eurodivers; cultural activities based on local culture, history and folklore; lectures on marine life of the Maldives carried out by divers (from eurodiver); stargazing with the telescope. It is a Club Med operation and financially very successful.

The list goes on and on, and is well worth reading.

So ecotourism is not only location, it is also infrastructure.

In Jamaica we have the locations, we have the culture, and we have the excitement, in abundance. And we do have many entities doing wonderfully well in ecotourism. It is actually, from self-preservation, probably going to evolve as the only way to go in the future.

One of our Save Discovery Bay group members made the insightful remark that when cruise ships, or hotels, or businesses sidestep, for example, proper waste management, they, in effect, gain a subsidy, saving themselves that cost and passing it on to others, in the future.

Which leads me to climb on to my warhorse. Captive dolphin facilities are in no way, shape or form ecotourism. They sustain capture drives that decimate stocks of wild dolphins, they kill, make ill, imprison these wild marine mammals; they breed, with difficulty, small numbers of handicapped animals, which are by no means domesticated; they promote a completely false impression, and in areas of limited circulation, such as Discovery Bay, they destroy the ecosystem.

And even in areas on the open sea, the damage is severe, as has been demonstrated by scientists in many places, including Cozumel and Cayman.

When you bus in schoolchildren for educational purposes, all you are actually teaching them is that it is quite fine to pen these animals for entertainment. It is quite ironic that right outside the entrance to Puerto Seco/Dolphin Cove, Discovery Bay, is a crisp blue-and-white sign that says ‘Fish Sanctuary’. Why can’t Puerto Seco take that concept and run with it – eco-dives, exploring the reefs, identifying species, promoting protection?

I suppose they don’t make enough money, but someone with energy, imagination and determination could surely think of many more ways that are not destructive of using this unique and incredible bay.

Many may say, well there are far more pressing problems in Jamaica than a few captive dolphins. Absolutely true. But this one is so easy to resolve, while we work on other much more difficult and complicated issues. And truly educating people to have concern about their environment, to have compassion, impacts and imparts character.

So we need, as a nation, and particularly those who place themselves in leadership roles in our nation, to think very long and very hard about what we want for our future.