Lascelve Graham | Do the powers that be really want an educated, prosocial populace? 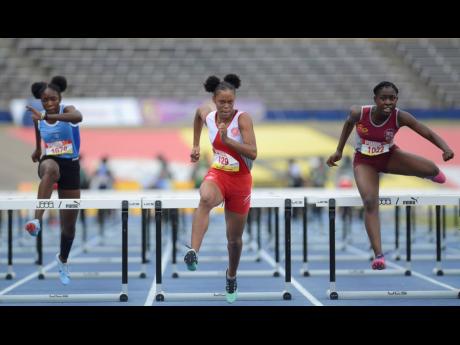 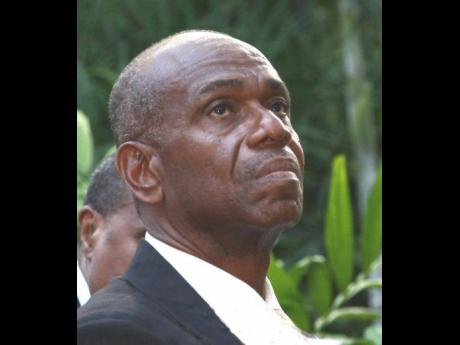 The chickens are coming home to roost. We always suffer the consequences of our actions!

Our leaders need to take heed and act now, lest, like Lord Ullin with his daughter, we are left lamenting for our children, and “too late, too late!” shall be the cry.

There was the usual great hue and cry, wringing of hands and the apparent wearing of sackcloth and ashes surrounding recent incidents at Calabar where, firstly, the head of the physics department was reportedly grossly disrespected by track stars and the leadership of the school, and, secondly, some students chanted abusive remarks directed at Kingston College after the latter had dethroned Calabar at Champs.

There were some thought-­provoking articles by a number of writers, including Romane Elliston, a Calabar old boy, http://jamaica-gleaner.com/article/commentary/20190413/romane-elliston-s..., which examined the key socialising role of school. There were also a number of lively discussion programmes on radio and TV.

The question is: was anybody with his/her hands on the levers of power, aware of these happenings, hearing, listening?

Now that the dust has settled, a number of us are still looking for the significant change or ­impending change, the disruptive action, the initiative, the deed that indicates movement towards fundamental change with respect to how we treat with sports in our public, specialised educational institutions.

Make no mistake, the offending students at Calabar do not stand alone in the values and attitudes they clearly demonstrated. These permeate the offending SCHOOLS, and our boys’ schools loom large here, where there is an overemphasis on winning at sports and the win-at-all-cost mantra rules, as symbolised, expressed and enabled by the heavy recruiting for sports practised by so many of our public schools (one track coach, sometime ago, revealed that in the region of 70 per cent of the school’s athletes were imported for sports; football teams have been known to have nine, 10 and 11 recruits).

Unfortunately, because of the inaction of our leadership, our young people and our society ultimately suffer. The youngsters at Calabar and the various other schools where such aberrant behaviour exists, but just has not come to public knowledge, may be punished, but, in fact, were led down this path of entitlement and impunity by adults, by people whom they respect and look up to – by leaders.

So once again, the victims (students) will be dealt with harshly, while the victimisers (the adults – school leadership, past ­students, ISSA, Ministry of Education, Government, parents, etc), who, by their action or inaction, have conspired to mislead these ­youngsters, will walk away scot-free.

Many of these youngsters are in a school culture which leads them to believe that once they excel at sports, they may do whatever they will, whenever they will, and to whomever they will. They show little respect, if any, for authority, then later we blame the police for not doing their job.

Crime is a very complex ­phenomenon, but fighting it starts from early in a child’s life, and is heavily influenced by the values and attitudes inculcated. The win-at-all-cost agenda in sports, in our schools, handicaps, corrupts our education system and sends the wrong messages to our soon-to-be adult citizens.

Extra-curricular/co-curricular activities like sports, drama, cadets, music, etc, can play vital, powerful roles in helping to socialise our youngsters and in assisting them to experience and learn in ways that are different to the classroom. However, in this mode, although schools would still unearth sports talent, the primary role of sports in schools is as a teaching tool, where it is not whether you win or lose, but rather, how you play the game, that is of paramount importance.

The niche of our schools is to provide quality education focused on the academic, technical and vocational areas and to help in the socialisation of our children so that they will develop into good productive citizens. The average man will not be able to develop the fundamentals that will allow him to achieve academic, technical or vocational expertise, except through attendance at public school. Hence heavy focus on these, along with the social skills that will help improve efficiency in the area of expertise, has to be priority number one in our specialised educational institutions.

One keeps hearing of the many scholarships, etc, the many benefits, the many good things that happen to sports recruits in our schools.

Some years ago, Dr Leahcim Semaj undertook to quantify this, having been encouraged so to do by executives of ISSA at a meeting at the Ministry of Education, Youth and Information. The suggestion was that, since so many good things were happening to so many of the sports recruits, schools would be more than willing to open their books to Dr Semaj, who would do a ‘where are they now’ type of investigation. The schools, it was felt, would want to publicise, would want to shout from the mountaintops about the gains these students had experienced.

After months of trying to get data, without much success, Dr Semaj called off the undertaking. Why had these schools not cooperated? Was it that they were afraid to spread the good news?

It takes great courage for a teacher, who is within the system, to confront the behemoth called sports in schools, which has morphed into such a gargantuan moneymaking and entertainment enterprise. I salute Mr Sanjaye Shaw, the head of the physics department at Calabar, who has done this at great personal cost and risk. I hope that his sacrifice is not in vain and to no avail, and that someone in the Government-MOE-JTA-ISSA complex will take note and have the testicular fortitude to at least start the move towards normalising the role of sports in our schools. A good first step would be to ban the importation of youngsters for sports purposes by schools.

The message would be clear – schools are now focusing on their core business, the education (academic, technical, vocational) and socialisation of our young citizens. If there is no action, then one must seriously question whether the powerful in our society care about developing an educated, prosocial populace or would prefer to continue to exploit the ignorance of our people.