Christopher Serju | Joke to you is death to me 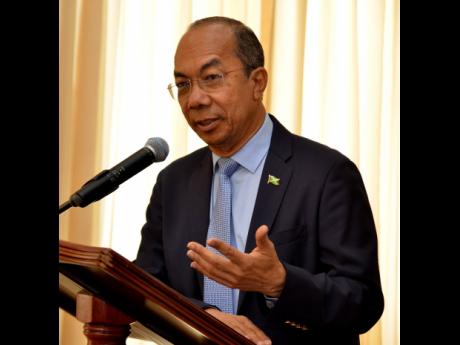 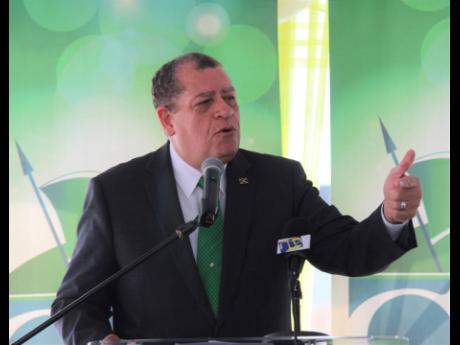 Any realistic hopes that the scourge of praedial larceny would begin to receive even a smidgen of serious consideration were dashed during Saturday’s annual general meeting of the Coconut Industry Board at the Jamaica Conference Centre in downtown Kingston.

Between Minister of Industry, Commerce, Agriculture and Fisheries Audley Shaw’s crass rebuke and public humiliation of Minister of National Security Dr Horace Chang and the latter’s anaemic articulation of any policy or strategy to effectively cauterise this major drain on the finances and sanity of our farmers, it is clear that agriculture is in serious trouble.

Shaw told the farmers: “We have to be resolute in our activities, otherwise criminals are going to overcome us in this country, and to think that they are so brazen that they will monitor the police and monitor everybody else and go into the fields with their M-16s and guns. Oh my God, what kind of a country are we running?”

That question must have been uppermost in the minds of brothers Karl and Carol Lawton following their experience in 2016, when they were accosted by a machete-wielding thief on their 200-acre coconut farm. Carol’s arm was almost severed, and as the thief moved in to deliver a death chop to the head, Karl jumped on him in a desperate bid to save his brother’s life.

After subduing the criminal and getting help to take his brother to the hospital, Karl was in for a shock when he reported the matter to the Port Maria police. He learnt that Carol, who was hospitalised at the time, would have to answer to charges of wounding with intent. But there was more to this tragicomedy, he learnt.

“Him bite off a piece of my ears by my holding him but he was swinging the machete and cut himself, and they charged him and me while he was in hospital with wounding,” Karl shared with other coconut growers.

Carol’s arm was saved through a series of surgical procedures, costing almost $12 million, and he now has functional use of it because a section of the bone had been replaced with metal.

Even after hearing the first-hand accounts of the Lawtons, who shared their ordeal in an effort to support the plea from Roger Turner of Tulloch Estates in St Catherine for immediate, effective measures, both ministers still missed the overriding point from the coconut farmers.

Any doubt that Turner’s brief but blunt message to Dr Chang that, “I think you’ve missed the point of praedial larceny and where it takes place” might have been misplaced, were immediately erased when he cut off Karl Lawton lament about their suffering at the hand of thieves.

“We have the fortune of having a set of excellent heads of our security. We have a set of people who have been trained who understand security,” was the profound response.

My appeal to the minister of national security is that he utilises some of the wealth of experience residing with these “people who have been trained and understand security” to reopen the case of Portland farmer Wilbert Thompson, who was convicted for illegal possession of firearm, for which he served a prison term, after defending himself while under attack on his property.

Thompson was working in his field one Sunday when the man who had taken his animal was making his escape. He called out to the man, who swung at him with a machete. The farmer pulled his licensed firearm and fired a warning shot, as recommended. When his attacker persisted, Thompson fired again – wounding the criminal in the leg. He then called the police, advising that the detainee was in need of medical assistance.

The facts of how this farmer ended up on the wrong side of the law, while the criminal was exonerated, is just one of the sordid tales of corruption which have added insult to injury for farmers.

Were they minded to listen, I might share with ministers Shaw and Chang a Jamaican proverb: “A nuh lack a tung mek cow nuh talk”, and on behalf of farmers Turner, the Lawtons and Thompson, “Frog say what is joke to you is death to mi.”