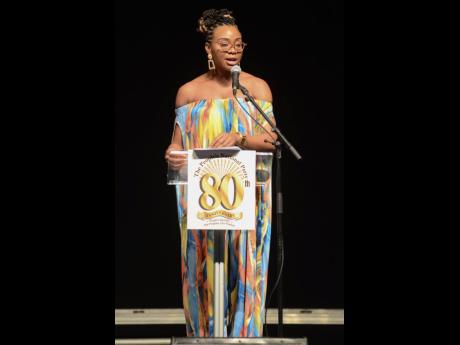 We note Prime Minister Andrew Holness’ concern that he was likened to Hitler. It occurs to us that he missed the point of the constructive criticism. As Krystal Tomlinson sought to clarify her tweets, she pointed to the issue of his habitual disregard for the Constitution. She pointed to four instances of this.

1. While serving as Opposition leader, Holness asked his senators to sign undated resignation letters. When challenged in the Supreme Court, the letters were struck down by the Supreme Court as unconstitutional and unlawful.

2. As prime minister, Holness led a campaign to force into law the NIDS Bill, which was later struck down as unconstitutional, null and void.

3. In appointing the chief justice, PM Holness put Justice Bryan Sykes on what many described as probation, which was seen to have violated the long-held principle of separation of powers, as was stated by the island’s judges in an unprecedented statement on the matter.

4. PM Holness also sought to implement a yearlong state of emergency (SOE) in St James as a crime-fighting tool, seeking a third extension of the SOE, even as several of the nation’s sharpest legal minds publicly questioned the constitutionality of protracted SOEs.

This suppression approach to crime-fighting delivered no long-term results, as weeks after it ended the parish of St James was engulfed in gun violence.

It would behove the prime minister to consider and reflect on Krystal’s observations.

If it is not his intention to run the country with contempt for our Constitution, which would be for us a clear indicator that we must guard against our democracy being hijacked by a dictatorship, then it is for him to apologise to the country for his MISSTEPS, examine carefully the source of his advice and take steps to ensure that there is competence as he appoints persons as his advisers. (We hope he does not take the advice of the president of the Caribbean Maritime University in this regard, as we believe qualifications cannot be ignored in this case especially).

We thank both sides of the House for protecting us from these missteps. We thank former Senator Arthur Williams for challenging those unfortunate resignation letters, and, with pride, we thank the current Opposition for their vigilant protection of the rights of the Jamaican people in both the upper and lower houses re NIDS.

We stand with Krystal!