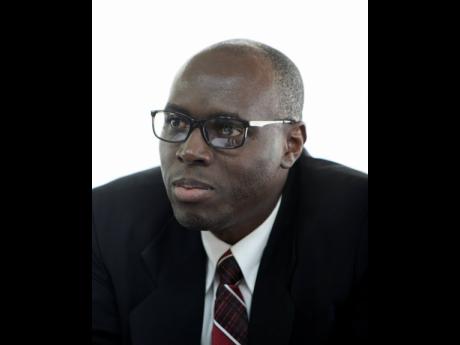 The National Works Agency (NWA) and China Harbour Engineering Company Limited (CHEC) maintain that a number of the claims made by Dr Afua Cooper in her article ‘Highway of Bones: Jamaican graves desecrated by Chinese Construction workers’, published in the April 12, 2019 edition of The Gleaner, though fervent, are in fact misinformed.

The allegations stand in stark contravention of the NWA’s policy, instructions and on-the-ground activities in relation to exhumations and reinternments undertaken along the Ferris Cross-Mackfield project site in Westmoreland.

The agency has an established protocol, which clearly outlines the guidelines and processes, prescribing how buried remains, which have been heretofore identified, are disclosed, removed, transferred and reinterred. Aspects of the prescribed approach are informed by established rules and regulations, including those of third-party stakeholders/participants, such as the Ministry of Health and Wellness, the police, as well as independent undertakers and funeral home operators.

Graves situated in the right of way along the project area are identified in one of two ways. There are those with visible markers, which are readily identifiable but must be verified as such by relatives or caretakers of properties on which they are located. In cases where gravesites are not readily identifiable, that is, there are no distinct markers, shrines or vaults present, it is entirely incumbent upon, and the duty of, relatives/caretakers of properties to bring this to the agency’s attention.

Relatives and/or caretakers of properties on which graves are located are treated as chief stakeholders in the process and it is through consultation with this group that a number of key decisions are made in relation to how exhumations and reinternments are undertaken. The NWA relies upon the information of relatives/caretakers of properties to determine the precise location and number of gravesites on each individual property.

The expressed interest and permission of relatives/caretakers to relocate graves located on their properties are sought and ascertained prior to the commencement of the exhumation exercise. Subsequent to which, details related to the identity of the remains and, ultimately, the indication of a preferred location or facility to reinter the exhumed remains, are settled on formally between the contracted undertaker/funeral home and relatives/caretakers.

All areas earmarked for exhumations are thoroughly surveyed without the encumbrances of vegetation or physical structures. Each location identified by the relative/caretaker as being a gravesite, and only these locations, are exhumed as prescribed by the undertaker between 11 p.m. and 3a.m. Representatives of the police department, the local health department as well as the relative/caretaker witness the entire process.

In relation to the specific instance to which Dr Cooper referred in her article, the National Works Agency can assert, without fear of contradiction, that the particular property in question bore no visible markers of a gravesite. There were no responses to advanced written and verbal notices given of works to be undertaken in the area to clear the hillside property to create the right of way for the new roadway. Activities along the area had been ongoing for two weeks before the caretaker of the property intimated that the area contained a gravesite.

The works being undertaken in relation to the clearing of the hillside were immediately halted by CHEC, and the services of undertakers, Doyley’s Funeral Home, were engaged by the NWA. The relative/caretaker, when asked to identify the precise number and locations of said gravesites, indicated three such locations, not eight as is mentioned in the April 12 article. Having exposed the areas, only one of the three had remains present. The remains were removed in accordance with established protocols.

CHEC, as the main contractor, continues to abide by the laws and regulations of Jamaica during the implementation of the said project. In keeping with CHEC’s health and safety policies, once buried remains are discovered, all roadworks would be halted and the necessary steps and protocols followed.

CHEC is saddened by the allegations in the article, as the company has afforded the same respect for the buried remains and their relatives as is exercised in China and any other country in which it operates. In keeping with the good working relationship between the people of the two countries, they continue to work with the Government and people of Jamaica to achieve the timely implementation of the above important and strategic infrastructural development projects.

The Ferris to Mackfield project is significantly altering the economic prospects of Westmoreland in particular and western Jamaica at large. We are widening the road, removing a number of hairpin bends and generally making the corridor safer for all. As part of this process, NWA has had to relocate some 50 graves, and this has been done with the highest level of respect to be accorded to the dead and their relatives. Had this not been the case, a greater level of public sentiment would have been expressed in relation to this activity.

The NWA continues to engage all stakeholders in the project as we seek to make the parish of Westmoreland, through quality infrastructural ­development, an oasis that spawns the growth and development of all the residents and, by extension, the country of Jamaica.

Stephen A. Shaw is the manager of communication and customer service at the National Works Agency. Email feedback to columns@gleanerjm.com.