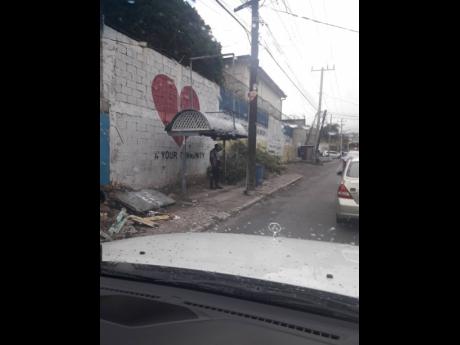 This past Labour Day as I journeyed home from my day’s labour, I could not help but notice the extensive work that the citizenry had undertaken in public areas throughout the day. Well, it was Labour Day after all, but that was beside the point. What struck me was the basic nature of much of the work that they had completed: basic in the sense of supposedly being routine clean-up and maintenance tasks which the tax-collecting government and municipalities should have been doing on an ongoing basis.

The cleaning of roads, collection of garbage and bushing of sidewalks are not the sorts of projects I would want to see being done on Labour Day. Schools, hospitals and homes for the indigent would be my choice. But this is Jamaica where things only get done for the public’s benefit if we do it ourselves, or disasters dictate.

Prevention is better than cure, not only in terms of effort but also cost. I shudder to think of the costs involved when we leave things to fester to the point where they morph into do-or-die situations, necessitating a mad rush to avert disaster. Alas, it is during such situations that government policies and guidelines are invariably flouted, particularly as it relates to procurement.

I have little doubt that our political leaders understand the value of routine maintenance. However, such common-sense undertakings are not in their interests.

As I mulled over these issues, my thoughts digressed to the general approach taken by state agencies that have responsibilities for delivering various services to John Public: public utilities, roadworks and sanitation are but a few.

It is commonplace to see representatives of the various agencies going about their tasks in a unilateral manner. For instance, we often joke that the National Water Commission (NWC) only digs up recently repaired roads to replace pipes. On the other hand, roadworks are often undertaken without prior consultation with the NWC.

Will we ever see the day when infrastructure management is properly coordinated among the various agencies, where routine maintenance [disaster prevention] takes primacy over wasteful response-driven cures?

I am simply amazed at the burden of wires and transformers that wooden utility poles bear, moreso with low-hanging wires smack in the middle of highly trafficked pedestrian paths [can’t call them sidewalks as these are now basically extinct]. Look too at the proximity of these poles to the road, almost in the path of traversing vehicles. Not only are pedestrians forced to walk on the road in many areas, but I shudder to think of the possible consequences of a vehicle hitting one of these poles or getting snarled in the low-hanging wires, particularly in crowded areas. Surely, we should be doing better than that.

Talking about pedestrians, I almost ran over one in Barbican Square last week. As the traffic light turned green and I began to turn the corner on to East Kings House Road, a pedestrian stepped off the sidewalk heading across my path. Fortunately, we both realised the danger and stopped. As it turned out, she also had the ‘green’ light to cross as the pedestrian light was clearly showing ‘walk’. Now, where is the quality control? Perhaps a better question to ask is: does anyone give a damn?’

The old saying that ‘a stitch in time saves nine’ has never been more applicable than now. I encourage the government to put greater integrated management focus on infrastructure and public safety. Integrate or disintegrate.