World No Tobacco Day 2019 focuses on tobacco and lung health 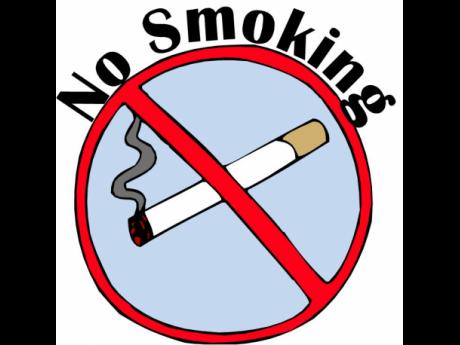 Every year, on May 31, the World Health Organization (WHO) and global partners celebrate World No Tobacco Day (WNTD). The annual campaign is an opportunity to raise awareness on the harmful and deadly effects of tobacco use and second-hand smoke exposure, and to discourage the use of tobacco in any form.

The focus of World No Tobacco Day 2019 is on ‘tobacco and lung health’ and will seek to bring awareness on:

- the negative impact that tobacco has on people’s lung health, from cancer to chronic respiratory disease; and

- the fundamental role lungs play for the health and well-being of all people.

The campaign also serves as a call to action, advocating for effective policies to reduce tobacco consumption and engaging stakeholders across multiple sectors in the fight for tobacco control.

On this, World No Tobacco Day, the Jamaica Coalition for Tobacco Control (JCTC) is calling for the speedy implementation of comprehension tobacco-control legislation and the enforcement of existing legislation, which serves to protect workers and children from the harm of second-hand smoke.

As a coalition of health professionals in Jamaica, the scourge of the tobacco epidemic is particularly real and frustrating to our members. Painfully real, because in spite of our best efforts, every six seconds someone dies due to tobacco; and frustrating, because those illnesses were entirely preventable. The evidence is clear, if the provisions of the Framework Convention on Tobacco Control (FCTC) are enacted, its negative impact would be significantly reduced.

The focus of this year’s WNTD will be the multiple ways that exposure to tobacco affects the health of people’s lungs worldwide.

Tobacco smoking is the primary cause for lung cancer, responsible for over two-thirds of lung cancer deaths globally. Second-hand smoke exposure at home or in the workplace also increases risk of lung cancer. Quitting smoking can reduce the risk of lung cancer, and it is also the leading cause of chronic obstructive pulmonary disease (COPD), a condition where the build-up of pus-filled mucus in the lungs results in a painful cough and agonising breathing difficulties.

The risk of developing COPD is particularly high among individuals who start smoking at a young age, as tobacco smoke significantly slows lung development. Tobacco also exacerbates asthma, which restricts activity and contributes to disability. Early smoking cessation is the most effective treatment for slowing the progression of COPD and improving asthma symptoms.

The coalition is alarmed about the increase usage of e-cigarettes, otherwise called vaping, among youths and adults. These devices come is all shapes, sizes and flavours, some even resembling USB flash drives. Most e-cigarettes contain nicotine, with some having the equivalent of a 20-pack of cigarettes in one vape cartridge. The public should be reminded that the use of any tobacco product, including e-cigarettes, is unsafe, addictive and harmful to one’s health.

The JCTC remains committed to supporting the Government of Jamaica as it moves to implement further articles of the FCTC, with special emphasis on bans on tobacco advertising, promotion and sponsorship, illicit trade protocol and increasing tobacco taxes; and we encourage persons who are thinking of, or would like to quit smoking to contact the National Council on Drug Abuse (NCDA) at (876) 926-9002 or 888-991-1820 to breathe easier. The council will also be able to give information on e-cigarettes.

The Jamaica Coalition for Tobacco Control. Email feedback to columns@gleanerjm.com.