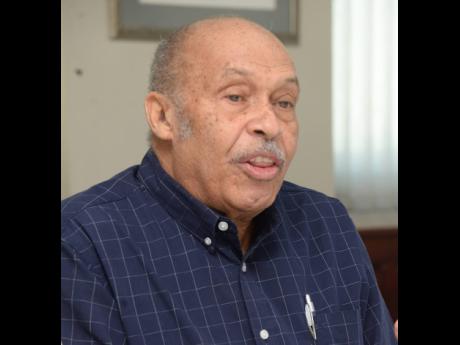 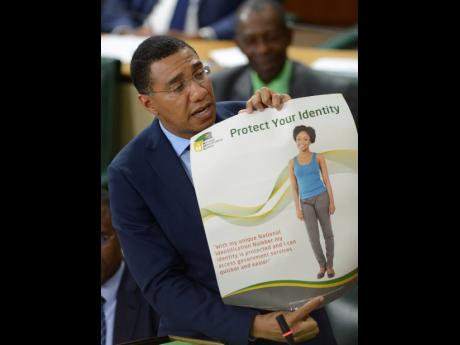 A National Identification Card and Number represent official verification that a citizen has constitutional rights and privileges in a nation. Such identification is increasingly a matter of public, private and personal importance in the digital age. Personation has a very long history. The most famous instance being Rebecca’s successful tutelage of her son Jacob to deceive his father Isaac, resulting in enmity between Esau, Jacob and their descendants. In the digital age, personation is called identity theft.

The first attempt at a Jamaican National ID coincided closely with the establishment of the Electoral Advisory Committee (EAC) in 1979 but it did not materialise. The second attempt occurred in the late 1990s when the EAC successfully applied biometric, biographic and demographic data to register voters; instituted continuous voter registration; and issued a Voter ID Card for voting in elections. This second attempt at a National ID eventually failed, mainly for financial reasons.

The National Identification System (NIDS) of 2017/2018 is the third attempt. It managed to secure the finances needed but has failed on constitutional grounds. The challenge before us now is to ensure that a fourth attempt succeeds.

I had not seen the NIDS Act and was completely surprised when the Supreme Court ruled the act to be unconstitutional. I, therefore, went to the Jamaican Supreme Court’s website and read the judgment by Chief Justice Mr Bryan Sykes, Justice Mr David Batts and Justice Mrs Lisa Palmer-Hamilton twice. Several of the legal constructs, especially those related to presumption of constitutionality, severance, proportionality and privacy, are beyond my layman’s conceptual understanding. I, therefore, leave it to members of the learned profession to debate the legal substance and nuisances of the judgment.

As a layman, I was hooked from the very first sentence of the judgment: “Dissent has had a troubled history.” I could not put it down.

1. Breathtaking in its scope and scholarship.

2. Brilliant in its analyses of sources cited and positions taken by counsels on both sides.

3. Brutal in its rejection of spurious evidence and errant arguments.

4. Beautiful in the clarity of its prose.

5. Bold to go beyond the complaint of the plaintiff and to strike down the entire act.

6. Boisterously belligerent in its stated adherence of the doctrine of the separation of powers and the role of the judiciary in a free and democratic society.

I am in total agreement that the way forward is not by appealing this judgment. From my perspective, the Supreme Court ruling has saved the prospect for a Jamaican National ID because it has opened the door for a successful fourth attempt, which will not be achieved by fixing the unconstitutional NIDS Act.

In 2018, I attended a town-hall meeting at Bethel Baptist Church, where a panel of NIDS officials outlined what NIDS was about and answered questions. Having listened, based on my experience, I concluded that this NIDS initiative would prove to be unimplementable. NIDS would join the long list of laws that have not been enforced because of sustained outright resistance and subtle non-cooperation.

- Too omnibus in scope and not focused primarily on a National ID.

- Too intrusive in the biographic, biometric, demographic, medical, social and economic data demanded.

- Colonial in mindset: treating people as subjects and not citizens with rights.

- Wilfully ignorant of the work and achievements of the Registrar General’s Department and the Electoral Commission.

- Almost casual in its latitude for accessing the database that would be created.

- Manifestly naïve about the consequences of the planned overreach of the State.

- Unrealistically ambitious in its time frame for implementation.

- Needlessly expensive because of the duplications that would be involved.

- Myopic, given the galloping developments in artificial intelligence, robotics and cloning.

The Supreme Court has stated that demanding biometric data from minors cannot be justified. This rules out the population under 18 years. This is devastating to NIDS, but not to the national identification for all citizens.

Barbados has long had a National ID which includes minors but does not require biometrics. The Barbados system is closely linked to the system of registering births and deaths and is worth looking at with respect to providing minors with national identification.

With respect to the population 18 years and older, the Supreme Court has ruled that compulsory demand for biometric data from all citizens and residents is an unconstitutional invasion of privacy. This is fatal to NIDS, because without compulsion, it becomes a duplication of the Voter ID – which will be very difficult to justify.

Since 1997, over 2,000,000 Jamaicans, and Commonwealth citizens residing in Jamaica, have voluntarily provided biometric information to the Electoral Office. EAC studies comparing voter registration data with census data, gathered in the census year, show that voter registration increases progressively from just over 50 per cent among 18-year-olds to more than 90 per cent of each age cohort 30 years and older.

This means that more than 80 per cent of Jamaicans, 18 years and older, possess voter identification cards, while only about 50 to 60 per cent vote. This is empirical evidence that the Voter ID Card is sought after for purposes other than voting. Indeed, because of its authenticity and quality, the Voter ID Card has become the de facto national ID of Jamaica.

Between 1997 and 2005, Jamaica led the world, and held the US patent, in biometrics applied to its population and outside of forensic settings. We have since fallen well behind, as other countries have surpassed us. Moreover, the equipment being currently used is basically at the same level as that used by the Electoral Office is 1997.

The way forward to a National ID is two-pronged. First, use the funds that have been secured to implement NIDS to support, strengthen and extend the work of the Registrar General’s Department to institute a National ID – beginning with all infants from birth to five years old; and modernise the equipment and technology used to capture biometric data by the Electoral Commission, and support its efforts to promote and encourage voter registration among young adults 18 to 29 years old.

Second, deploy legal resources to ensure that the legislation permitting the Electoral Commission to collect biometric data for the purpose of voter registration complies with the Jamaica Charter of 2011. This is absolutely necessary, given that the use of biometrics has been one of the pillars on which the electoral system, and Jamaican democracy, has advanced significantly over the last 20 years. The judgment cites legal opinion to the effect that some of the issues related to compulsory acquisition of biometric data could also apply to such data acquired voluntarily.

In 10 to 15 years, this two-pronged approach could lead to the integration and merging of the official National ID into the Voter ID system (the current de facto national ID) and in the process, further consolidate the advances made by the electoral system, and by Jamaica as a free and democratic society.

To press ahead with another National ID attempt that does not build on the investments made and the successful achievements of the Registrar General’s Department and the Electoral Commission would be a folly of monumental proportions.

- Errol Miller is Professor Emeritus of Education at the University of the West Indies; and is former chairman of the Electoral Advisory Committee and Electoral Commission of Jamaica. Email feedback to columns@gleanerjm.com