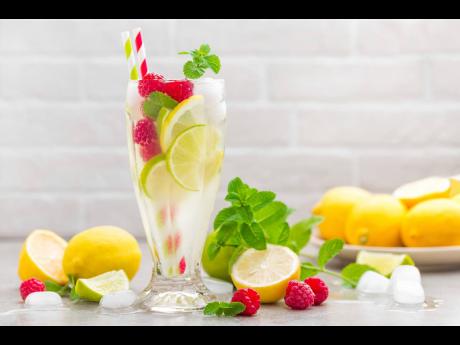 Recently, there was a newspaper headline in Trinidad about the prime minister and a female television host, ‘Rowley lose cool bouff Hema’. In fact, although ‘bouff’ is a local colloquialism for someone being put in their place or rebuked, if I were an outsider and had no idea what it meant and looked it up in a dictionary, especially if I heard it and not read it, I would be lost or, worse, come to the wrong conclusion.

When I was growing up, almost every yard in the village had a lime tree and when my mother was about to marinate or ‘season’ the fish or Sunday chicken, she sent me outside for a lime. We added sugar to lime and water to make a ‘punch’ or squash and some men added puncheon or overproof rum to pack an extra punch to the drink, unless the attempt was squashed by the lady of the house.

Eventually, that word ‘lime’ and the practice of lime picking, plucking or imbibing took on an additional meaning that has considerable mileage and frequency of use throughout the Caribbean. It has got to the point where in the Trinidad newspapers, the old word, but with its new meaning, is used freely by the newspapers without any explanation for the non-Trinidadian who may still interpret what is said or read by the common English meaning and not changes through usage based on different experiences in other countries.

The North American visitor to the Caribbean has no problem with the word ‘lime’. It is, after all, the main ingredient in a margarita. When we say that “we going out for a lime”, the visitor understands that here in the tropics these fruits grow quite handily on trees and, with our preference and propensity for having a good time, rum always being handy, we just simply have to nip outdoors for the main margarita ingredient.

The visitor becomes slightly confused when you return, obviously disappointed, saying, “The lime was sour”. After all, this is what makes it so attractive as a cocktail ingredient. However, visitors generally take consolation in the fact that just as they cannot stand some of our hot sauces and peppery food, we might not like sour limes. They understand that, as the woman said when she heard that her son was wanted by the police, there is no accounting for tastes.

However, all visitors quickly move from confused to perplexed when they are invited out for a lime and find themselves on a beach, surrounded by coconut trees, or in a house or club, surrounding by couples dancing and otherwise disporting themselves. They keep looking suspiciously for the lime and wonder what is its purpose in such circumstances.

However, it is when you invite them to go out ‘liming’ or invite them ‘to lime’ with you that they move from perplexed to utterly bewildered. They know the language, particularly those who come from England and the United States. They know that if you say you are going ‘fishing’ you are going in search of fish. The same goes for the participles of all other pursuits except liming. ‘Liming’ as a verb is totally beyond their comprehension.

Many of us who take it for granted and know what ‘liming’ is, and might even be quite expert at it, are also not clear on its antecedents and, with our usual parochialism, believe that it originated in Trinidad. It is true that Trinidad was the first country to use it widely as a verb meaning “to indulge in pleasurable pursuits for the purpose of conviviality and relaxation”. However, its claim to paternity is cause for a DNA test. Guyana, in fact, has the best claim to the change in meaning and application of ‘lime’.

It seems that given the excessive heat of that country, the need to have vitamin C supplementation, and the habit of relaxing on the verandah at mid-morning or in the evenings with suitable liquid refreshment, the main drink, chaser or beverage of choice was lime juice. Lime, after all, grew plentifully around the bungalows of the plantocracy and around the barracks of the estate labourers where it was used both as a kool-aid and a marinade.

It became customary, then, for the planters to invite their friends to come to their homes for lime juice. The act of sitting with friends on one’s verandah, slaking your thirst with lime juice or lime-based cocktails (hence the expression ‘slaked’ lime, watching the sun set and indulging in small talk, chit-chat and gossip, became known as ‘liming’ and people went out ‘for a lime’. The verb quickly spread throughout the Caribbean, the most sociable place on Earth, and liming quickly lost its direct connection with the citrus fruit and, as a verb, connotes our most prevalent and precious pastime, the simultaneous pursuit of persiflage and pleasure with some mild philandering.

If the tourists from the English-speaking countries are confused, consider the problems faced by those from Scandinavia and Continental Europe who might already have problems differentiating between a lime and a limbo, between liming and climbing. It is why they need help and, as we see from liming on our beaches, there are so many of our young, and not so young, men and women anxious, eager and willing to assist those poor, linguistically deprived people.

Those of you with dirty minds from Trinidad who talk of ‘gigolos’ and Barbadians who refer slyly to ‘bleached-hair paras’, Jamaicans who shake their heads at the goings-on in Negril or MoBay and Trinis who go to Store Bay and watch in envy, do not truly understand the nature of the transaction.

Our friendly citizens, mindful of the language barrier, are providing a service that is more about linguistics than libido, communication than commerce.

The next time you see a local person and a tourist together, curb your censorious impulses. What you are witnessing is not a ‘white lime’ or even a ‘quick lime’, it is an educational encounter of the third kind.

Tony Deyal was last seen on Acra Beach in Barbados with a bottle of Clorox. Email feedback to columns@gleanerjm.com