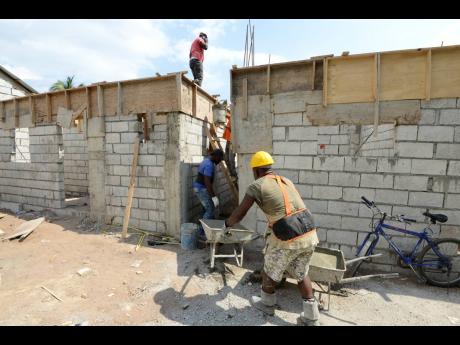 One of Ja­maica’s main problems is a lack of focus. We have consistently failed to focus on very important things, and that ends up impacting society in extremely negative ways. Political administrations always focus on votes, and they do whatever it takes to secure them. Ironically, sometimes that means doing a disservice to the people that they are voted in to serve.

Sometimes they fail to enforce certain regulations in targeted communities because they don’t want to appear too regimented. Because of this, many inner-city communities become free-for-all precincts where indiscipline and anarchy prevail. But people need guidance and discipline or else the social order will crumble. After abdicating their responsibility to govern, they wonder why those communities run down so badly and criminal elements take charge.

I have always maintained that governments not only encourage but also facilitate the ‘ghettorisation’ of many inner-city communities. From all indications, they want to maintain friendly relations with their voting base. They turn a blind eye to building breaches, overcrowding, the constructing on and commandeering of sidewalks, night noises, and obviously idle youths that end up in gangs.

These things are never hidden from anyone’s sight, yet they are allowed to slowly take root and then take over entire communities. They only come to national attention when the crass behaviour, indiscipline, criminal mentality and jungle justice spill over into mainstream society and herald imminent anarchy.

The uprise of criminal acts has led the powers that be to react by forming various national security strategies, all aimed at attacking crime. These operations target the suppression of crime by increasing surveillance, using special police and military powers to search, apprehend and detain under extraordinary circumstances.

I know that the zones of special operations are engineered to start social programmes in order to improve the living conditions of crime-riddled inner-city residents. However, from all indications, these programmes are not nearly as effective as they need to be – evidenced by the resurgence of criminal activity once the security operations are scaled down or withdrawn.

Obviously, it has become necessary for the State to throw its resources behind crime suppression by employing national security intervention. However, this is akin to addressing an outbreak of dengue with analgesic and anti-pyretic medication without getting rid of the root cause of dengue – the infected mosquitoes.

I note the disproportionate attention to fighting crime with guns, bullets and boots on the ground, and I lament the lack of adequate social intervention – the basis for crime. Just like the hocus-pocus (illusion) of magic acts, our ‘hocus-focus’ only gives the illusion of solving crime when all we are doing is getting rid of a relatively few criminals while our own actions and inactions are creating dozens for every one that we take out of circulation.

If we are to truly reduce crime, we must employ and train a virtual army of social workers, independent of politics. They need to monitor the upbringing of each and every child. No child must be seen at any traffic light or on the street selling or begging. Every child must be fed and educated, according to his or her natural ability.

Social amenities must be provided, and municipal regulations must be adhered to. We must regain control of the streets to ensure discipline. Until we are prepared to spend heavily on basic social requirements, we will always be out of focus.