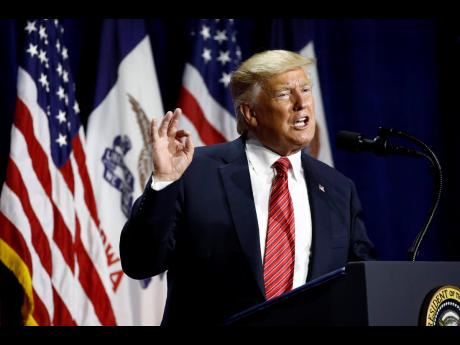 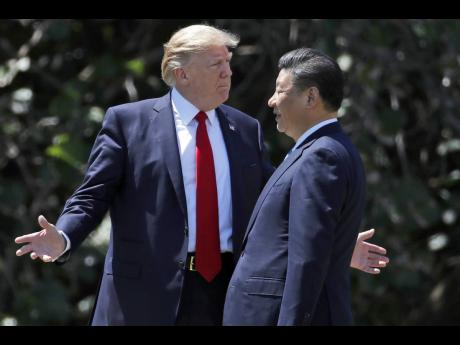 We are now in June, one week-plus into the 2019 hurricane season. By now, central government and local authorities should be well advanced in their preparations for hurricanes which may come our way. However, as I traverse the corridors of Kingston, I am yet to witness the sorts of disaster alleviation works that would expectedly minimise the scope for water and wind damage. Drains are still choked with garbage, major roadworks are still ongoing, construction debris is evident all around: it’s business as usual.

Notwithstanding this menace of naturally occurring storms, it is to the more ominous man-made storms that I turn my attention: Tornado Trump and Typhoon Xi.

We should be aware of the manoeuvrings that have been taking place in the international arena in the last few years, but more so since Donald Trump assumed the office of president of the United States. While Trump has been engaging in global gunboat diplomacy, ‘making America great again’ and steadily alienating their traditional allies, China has been quietly pursuing their belt and road initiative and prudently increasing their global footprint. What we need to understand is this; the actions of both countries have one common feature: putting priority on their interests over those of any other country.

Jamaica is very strategically located, smack in the middle of the shipping lanes running between the Panama Canal and North America, and in reasonable proximity to the transatlantic lanes. We lie in the backyard of the US and are often referred to as being a part of their ‘third border’. The Jamaican diaspora in the US is hugely significant and our tourism depends heavily on visitors from the US, as does our trade exports and imports. In fact, our very way of life is inextricably linked to our connections to the US. That said, the last thing we would want to do is irk the US to the extent where sanctions of any sort are imposed. Now, where does such danger lie?

China’s significant investment activities in Jamaica have certainly not gone unnoticed by the US, and no doubt the Americans are naturally concerned about China’s increasingly indelible footprint in their ‘third border’ area. The 2020 presidential race is looming; think of Trump’s previous promises to his base – stemming the flow of immigrants from Mexico and beyond and ostracising China for trade imbalances. What then is Trump likely to do where China’s perceived ‘invasion’ of near-America territory is concerned?

The pattern of Trump’s ignominious political tactics suggests that Jamaica should prepare for pressure to reduce the Chinese footprint, not because their presence actually poses a credible threat to the US, but because Trump will see it as a means to impress his base – ‘see what a good job I am doing, keeping China at bay and protecting America’.

He has already targeted Mexico on matters related to trade and illegal migration. He was very perceptive regarding the position of certain Caribbean countries vis-à-vis Venezuela, and knows he holds the trump card. We had best be prepared for the play and the inevitable oriental counter-play lest we be caught in the turbulence with our pants down, posteriorly exposed to damage from transnational storms not of our making.

The American playbook may well commence with non-related issues such as stemming corruption and narcotics trafficking, medicinal marijuana exports, correspondent banking relationships and security assistance. But the China factor will always be lurking.

The good thing with storms is that we can usually see them gathering and prepare ourselves. Tornado Trump should not be taken lightly, and neither should the tailspin that Typhoon Xi is likely to exert.