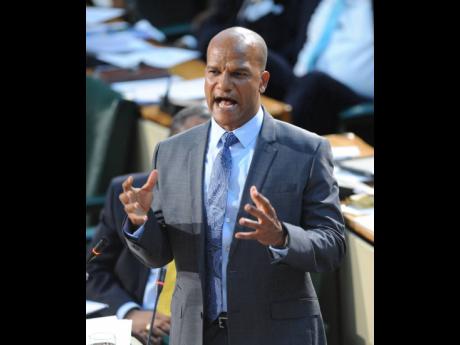 It was February 1993, and the call was from the widely admired Hugh Shearer. A general election had been called for the end of March and, in his safe (for the Jamaica Labour Party) South East Clarendon seat, he wanted to get some hard numbers on how he was faring against a young upstart from the People’s National Party (PNP) called Peter Bunting.

The Stone Team was dispatched, and when the entire exercise was finished, there was no good news for the veteran politician and ex-JLP prime minister. As he entered the living room he was seated and handed the report. Bunting was on the way to unseating him in supposedly safe JLP territory.

Since that time until now, it seems that another chapter in Bunting’s second revival is about to be written. Yesterday morning, on national television (TVJ), a very upbeat Bunting, probably resisting the urge to break out into a premature celebratory dance, uttered words that ought to get every delegate, member of the officer corps and ardent supporter concerned.

He said that the JLP is evolving faster than the PNP. Under a ‘Rise united’ campaign slogan, the Bunting challenge is a delayed version of where his headspace was following the narrow defeat of the Portia-led PNP in early 2016.

Saying that the JLP is evolving faster than the PNP is just a courteous way of saying to the veteran PNP stalwart, Peter Phillips, that he is no longer seen as the best person to anticipate the political times and fashion himself to meet those times. It is not an inherent fault of Phillips that his powers of inspiring from the political platform have dimmed. He really never had it in the first place.

And, as I have said before, when that is twinned with the energy and perceived leadership qualities of the JLP’s Andrew Holness, Dr Phillips becomes the stumbling block for the PNP’s victory at elections.

Apart from being mostly broke, nothing is more hated and feared by delegates than emerging from a general election as the losing party. Party diehards and strong supporters go into extended periods of mourning almost as if there is a death in the family. Most have since 2016 processed it into their brains that Dr Phillips is a good man but the times have gone ahead of him.

I can well understand why Dr Phillips made the call for a special election before the annual conference due in September. That call, though rejected, is essentially his acceptance that three months will provide Bunting with the time he needs to network among the holdout MPs. My reasoning is that he already knows who is with him and that is why he came out of the shadows.

Now, Dr Phillips is hoping that many more MPs go into the PNP long-service-mode-of-leadership where fitness for the times is hardly ever an overriding consideration. The fact that poll numbers have shown a whopping 47 per cent believing that the PNP can win an election with a leader who is not named Peter Phillips is very telling. That finding is not necessarily an endorsement of new PNP leadership as much as it is pointing at the figurative elephant in the room: the continued leadership of Peter Phillips.

A person like Phillip Paulwell has locked himself out of the leadership race by his loud endorsement of Peter Phillips. Politically, it suits Paulwell to support him and allow two teardrops to fall when a Phillips-led PNP loses at the next general election. In the year after that he will have his best shot.

Now, though, Bunting will energise the PNP.