Bert S. Samuels | A nation founded on and born from a crime 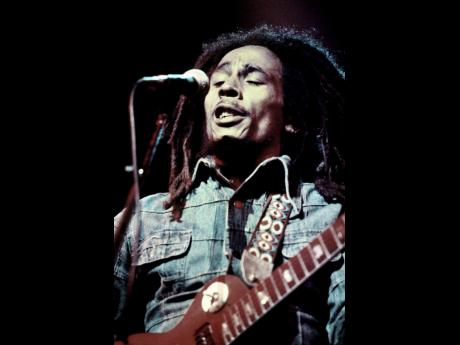 Human trafficking was the crime which supplied millions of enslaved Africans to forcibly work the cane and cotton fields of the ‘new world’. These new territories were stolen from their aboriginal inhabitants, who were either worked to death or died from diseases introduced by European plunderers. The only enslaved who had a taste of freedom were those brought from Africa. It is the offspring of those captured, having been born in slavery who, like us, have been trapped in ignorance of the life in the land of our forefathers.

For one or two generations, they may have held out hope of freedom again. But, as soon as there were no living grandparents left to describe the magnificence of freedom, how would our enslaved and beaten ancestors been able to conceive of a life beyond enslavement? This history makes our entire region a scornful crime scene.

The myth is that Africa is not preferable to the West. Ironically, this falsehood has been fed to, and believed by, a people who were removed from the cradle of civilisation and learning!

As far back as 1933, Dr Carter Woodstock ably analysed this phenomenon in his published work, ‘The Miseducation of the Negro’, in which he made the case that blacks in America were being culturally indoctrinated, rather than taught in schools. The British were more subtle, but attained the same objective in the West Indies, of separating us from our way of life by demonising our language, dress, family life, and physical appearance.

We are brainwashed into preferring our former oppressors to ourselves. This is why, in 1962, we were made to feel we attained independence, but still retained the queen of England as our sovereign Head of State.

It’s all there in black and white in the Constitution, issued from Buckingham Palace. She is the head of Parliament and the executive branch of government. We appeal to her as our final court of appeal in civil and criminal matters. Our scholars still prefer her Privy Council to our native Caribbean Court of Justice. Many territories in the Caribbean have voted to retain her and her court, and we reward our best lawyers with becoming her lawyers, the Queen’s Counsel. We are unable to open our courts without asking God to save her, and bowing immediately after.

If this is not a consequence of the mis-education of a nation founded on the crime of human trafficking, and the plunder of islands from its original inhabitants, what else is it? How else could you keep a majority population under the horrors of chattel slavery without convincing them that their enslavers had the ideal complexion, language, and culture? A people prepared to accept that they were cursed from birth, and that their redemption was to get to heaven after a life of forced labour for, and on behalf of, their masters.

Like the submissive and abused wife, we have voluntarily and willingly been kept in line under the whip of slavery. It has left, in its wake, scars deeper than we are prepared to acknowledge.

Marley, trying to come to terms with this human tragedy, acknowledged it in his rendition of Slave Driver:

“Every time I hear the crack of a whip

I remember on the slave ship

How they brutalised our very souls

Today they say that we are free

Bob was, unlike many of our schooled African-Jamaicans, at no time in denial of the power of miseducation. That’s why he said in an interview, “I have no education. I have inspiration. If I was educated, I would be a damn fool.”

Bert S. Samuels is an attorney-at-law and member of the Reparation Council of Jamaica. Email feedback to: bert.samuels@gmail.com and columns@gleanerjm.com