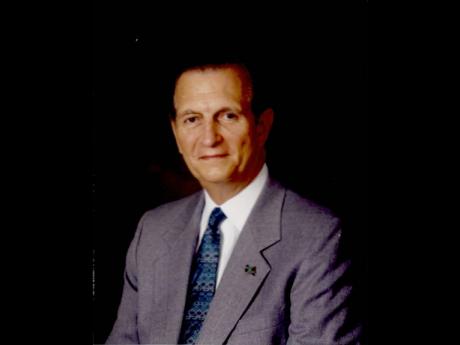 Parliament will meet this Wednesday in solemn session to pay tribute to Mr Seaga, the longest-serving member in our history. I admired him for his commitment to one of the most difficult, demanding, disrespected and least dispensable professions – that of being the people’s representative.

We can leave it to others to either canonise or disparage the quality of his representation over four decades. Probably because we know how fickle and short-lived memories and legacies are. As if to make up for the loneliness of forgetfulness which is bound to follow, hagiography abounds in this period of mourning.

What should never be forgotten, though, are the sacrifices which Edward Seaga had to make in order to remain in politics. Imagine his personal frustrations and acute disappointments during the long, dry years in opposition, and even in the crushing burden of leadership while exercising state power. Politicians have feelings, too, even behind the dark glasses and show of fearlessness. Yet he persisted.

I doubt that Mr Seaga lived or died as a man of wealth. I remember him as having serious reverses in business. For someone of his accomplishment, his pay as a public servant would have been a fraction of what he could have earned outside of government.

The Jamaican public needs to realise that any professional who enters Parliament takes a serious pay cut, which, because of our rabid and self-haemorrhaging tribalism, often continues long after you have left office, as you continue to be second-guessed and find it very difficult to pick up commercial or academic life where you left off.

Successive Jamaican Cabinets have had to approve essential ex gratia payments to former ministers to buy medicine or pay rent, and the official funeral you get is a blessing to many financially embarrassed families.

Many of the officials who former Prime Minister Seaga, or any minister, would have to supervise draw double the money that he, the elected official, the only one who is held accountable by the people, got paid.

Right now there are many members of parliament and of the administration who are hurting financially, but we are collectively afraid to propose just and realistic increments.

The public also has the impression that the contributory health coverage for those in authority entitles them to overseas care at public cost. That is not so. Further, the existing insurance limits are extremely inadequate and the cover does not follow you into retirement, which is when you are most likely to need the assistance.

Consider, too, the situation of the senators, members of the valuable review chamber, whose limited allowances and no salary cannot compensate for the hours they spend doing the people’s business.

Following Westminster, with insufficient adaptation to the local context, we presume that everyone offering themselves is of independent means or has some ‘boops’ on the side.

Money aside, Mr Seaga often spoke of the toll his job took on his family life. Many others share the same sacrifice for which no title, preferment or temporary fame can ever compensate.

If you do the job properly, many compromise their health, too, what with the irregular and punishing hours and stress. At the end of the day, it was his family and closest friends, not the public or the party, who would surround his bedside.

So the nation should use Mr Seaga’s example as an invitation to improve respect for political service and more broadly, for all those devoted to development causes.

This is not a cry for sympathy. No one is ignoring that some representatives use their office to leverage corrupt personal advantage. But that is not the norm, despite the recent instances.

For our part, we who have put ourselves forward must make sure not to disrespect the seriousness of our role and function and so invite the growing contempt and cynicism of the public.

Edward Seaga sacrificed much in order to give his life to public service. Memory of his faults and shortcomings, common in different ways to us all, cannot rob the respect that is due him.