Gordon Robinson | Does masculinity have value? 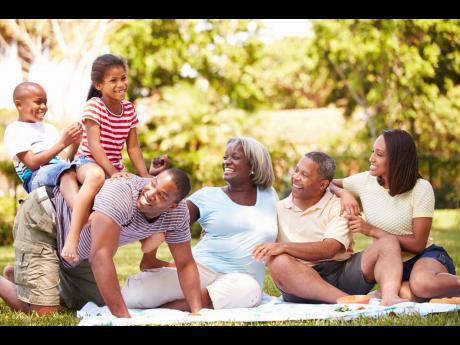 One day people might appreciate men and women were designed by God to be different, to provide different but complementary inputs in the spiritually crucial experience called life; and to respect each other for who they really are.

Did anybody notice that Sunday was Father’s Day?

At Casa Tout, the day passed uneventfully. Unlike Mother’s Day! The only reasons I can fathom for the difference are: mothers are more sensitive; accept anything from their children as the best; and cry at the drop of a hat.

Take fried eggs. Long ago (he was still in single digits) the Ampersand got up early (one of Jesus’ documented miracles) on Mother’s Day and cooked breakfast for the Old Ball and Chain. He came upstairs with very nicely prepared fried eggs, bacon, and toast on a tray.

The only problem is Old BC hates fried egg. It literally makes her sick. Well, she hugged and thanked her son profusely, cried tears of joy, and ate EVERY scrap. Years later, when she felt he could handle the truth, she told him. Since then, he makes her favourite: Belgian Waffles.

They know not to try that blurdneet with me. Give me my saltfish and ackee (don’t make me have to ask a judge for a search warrant to find the saltfish); or liver and onions with bacon; or mackerel rundown (all with “food”). Give eggs/waffles to your American friends.

So the practice has grown up of pretending that the day doesn’t exist. Once (years ago) they asked me for money to buy me a box of chocolates and ate most of it on the way home.

So it was heartening to see a recent press release from the Kencot Christian fellowship announcing a forum to be held tomorrow at its Parry Road headquarters under the theme ‘Man worries – the net value of masculinity: toxic or valuable?’.

Previously, feminist social media sources made me feel that men have zero value. Comments like “All men are trash” are now the norm. Allegations of sexual abuse are expected to be treated as gospel lest you be branded anti-woman. Mark you, it serves us (men) right. Men and women have for too long colluded to create the illusion that ‘men rule’.

Many women now want to destroy that illusion. As in every pushback against perceived injustice, some go too far. Long ago, James Brown, the hardest-working man in show business, recognised reality and delivered a cautionary tale for men:

But it wouldn’t be nothing; nothing

without a woman or a girl!

“Masculinity and its inherent value in Jamaica today will be thoroughly examined in a public forum ... next Wednesday.

“The discussions, under the theme ‘Man worries – the net value of masculinity: toxic or valuable?’ will explore [men’s] role in criminal enterprise, parenting and homes, toxic relationships and veer into elements of masculinity and leadership.”

It’s nice to see a mainly female Christian group acknowledging that men have a role. One day people might appreciate that men and women, were designed by God to be different, to provide different but complementary inputs in the spiritually crucial experience called life; and to respect each other for who they really are.

Do you know I got it?

is for a little respect when you get home (just a little bit).

Hey baby (just a little bit) when you get home;

It’s a little known fact that feminist anthem R.E.S.P.E.C.T. was written and first recorded by a man. His name was Otis Redding. When Aretha made it hers, everybody forgot Otis. The lyrics speak to anyone who feels unappreciated. The song became a civil rights movement battle cry.

Mutual respect is the key to understanding and appreciating anybody’s role in this relative world. See you tomorrow.