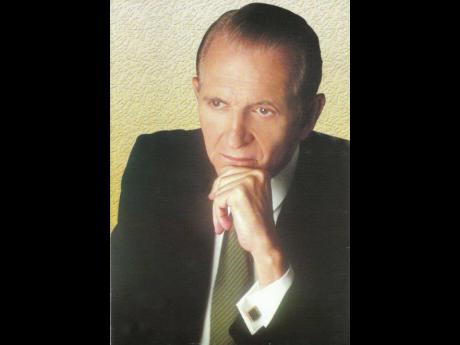 “Now what I want is facts, teach these boys and girls nothing but facts. Facts alone are wanted in life. Plant nothing else and root out everything else.”

The above quotation from the book Hard Times by Charles Dickens would, I am sure, have found much resonance with Edward Seaga. It would not have been farfetched and beyond imagination to envision him, if not berating but certainly emphasising to protégés such as a young Bruce Golding, a Babsy Grange, a Desmond McKenzie or even the present Prime Minister Andrew Holness the importance of facts. Facts; nothing but the facts. Plant nothing else and root out everything else.

It was not in his make-up to accept ill-founded concepts and arrive at vague and inconclusive conclusions. You had to get to the root of the matter, political or otherwise, to ensure success.

The late Professor Carl Stone, academician and pollster of renown, put it aptly when he described Seaga as a man difficult to get along with as he is very demanding: “In a low-intensity work culture in which people operate at 30 per cent of their capacity, Seaga puts out 100 per cent and expects no less from others.”

Carl Stone went on to say that in a country wracked by indiscipline, irresponsible behaviour and laziness, his methods worked for the greater good. As a builder par excellence of state institutions of merit in this country, Seaga had no equal and the record is there for all to see.

Stone saw Seaga as a man of vision and ahead of his time, and likened him to a Kuan Yew. In retrospect, it was our country’s loss that he was never given the mantle of power again.

Seaga is remembered mostly for his economic management and charting the course to development in the Independence decade and managing the difficult task of economic recovery in the deliverance period of the 1980s, and that is a fact.

But what is also factual and relative to understanding this complex individual and his contribution to our national life is the following.

In a very real way, future historians may very well conclude that our fifth prime minister was, by training and inclination, a ‘spiritualist’, a man of the spirit, seeped in the knowledge and the inner workings of the mindset as it related to the peasant class, people of African descent. In his own indomitable style, he sought them out, breaking bread with them, laughing with them, crying with them, sleeping with them, dancing with them, worshipping with them; experiencing what Dickens would have called their “imagination and fancy”.

Seaga’s Buxton Town experience, which has been well documented, proved, in good stead, in paving the path for him as a builder of cultural institutions. In this area he has no equal.

Yes, in a very real way, Edward Phillip George Seaga was a truth gatherer, a garnerer of facts, which is indispensable in order to arrive at truth, not just on the economic front, but the habits of the mind.

He was very aware of the transformative and illuminating power of creativity, thus he wrote poetry and produced song. He saw people not just as hewers of wood and drawers of water but as spiritual beings with a divinity to be brought to the fore through kumina and revival.

The facts have been recorded that on all fronts, Edward Phillip George Seaga bears no equal as prime minister in nation building in this country. The facts speak for themselves.

All are architects of fate,

Working in these walls of time;

Some with massive deeds and great

Some with ornaments of rhyme.

Nothing useless is, or low;

Each thing in its place is best;

And what seems but idle show

Strengthens and supports the rest.

For the structure that we raise,

Time is with materials filled;

Our todays and yesterdays

Are the blocks with which we build.

In truth, we will not see his like again, and as was said about Abraham Lincoln, president of the United States, he is now for the ages.

My condolences to his family. May his soul rest in peace and light perpetual shine upon him.

Email feedback to jollyrogerja@gmail.com and columns@gleanerjm.com