Mark Wignall | The obeah man and the police raid 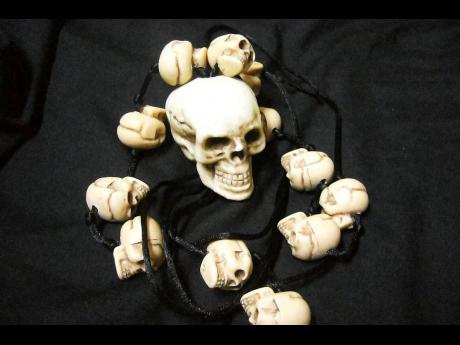 A little over a week ago, while hosting Cliff Hughes Online on Nationwide radio, none other than Speaker of the House, Pearnel Charles Sr, called in to make a comment on his fears over the proposed repeal of the Obeah Act.

According to Mr Charles, ‘Obeah is evil and wicked,’ and that pretty much captured the essence of other things, he said, on the subject. The views of the Speaker has mirrored that of those deeply committed to their mainstream religion, or it could be that they believe they have first claim to their best definition of a divine being.

There are others like me who believe that all religions or spiritual attachments must contend with each other, even if none of them personally mean anything to me. In the very popular prosperity gospel, people peddle the main idea that their version of God rewards those who are strong believers. It matters little to these cultists that the only person getting rich off this deal is the star of a pastor. While he flaunts his wrath, his followers flaunt their ignorance, and wear their continued poverty like a badge of honour.

My police sergeant (retired) friend recently related to me a scam he knew of and was involved in. He had a cousin in a certain part of rural St Catherine. Fred had begun by preaching on buses. He knew he had the ‘calling’. After leaving the city of Kingston, he moved to St Catherine and set up a little board church.

After a few years preaching, one problem kept occupying his mind: he was mostly broke. He also noticed that the two men in the area closest to him who practised obeah were doing quite well. Each year their houses expanded and the outer walls grew higher.

Some time after, a genius of an idea came up in his mind. He shared it with my sergeant friend. A week later, Fred was at his church and on that Sunday he offered lunch to ensure that more persons than usual show up. Then he started preaching.

“Today, the devil will send Babylon here to upset the word of God; to overturn the temple of God. But I will smite them after they have done their wickedness.”

As he fulminated from the pulpit, a police car suddenly drew up outside the church and four men in full uniform stepped out and stormed into the church.

“The demons I predicted!” shouted Fred, as the policemen threw some papers off the podium and overturned some chairs in a small office nearby.

“Yu lucky this time,” said my sergeant friend. “But a feel a power here so a not coming back.” Words of Fred’s power spread. In the weeks after the ‘raid’, the congregation grew and over the next six months Fred made the transition from preacher to obeah man, regularly visiting downtown Kingston to purchase the branded perfumes, aerosols, oils and powders. He paid a special visit to my friend and gave him $23,000. He split it with his squaddies.

Those who have reached to their fullest in social evolution first learn of tolerance. Skin colour ought not to be a factor, and one’s sexuality and one’s religion is, no matter how much we stand against in belief, the right of the individual.

In a highly undisciplined country where corruption rules, none of the mainstream religions can make the claim that obeah’s children are beings of a lesser God.

Plus, my sergeant friend has sent significant business Fred’s way.

“Dem get results?” I asked.

“A little bit better than prayers,” he said, without any evidence explained or offered.