Juan González Mijares | Mexico and Jamaica: 50 years of friendship, a thrust towards the future 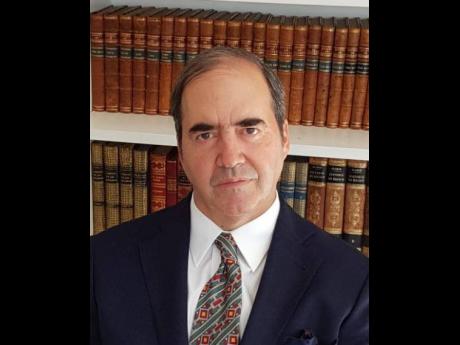 A little over 50 years ago, in March 1966, Mexico and Jamaica established diplomatic relations. A few years earlier, in 1962, Jamaica gained its Independence from Great Britain after centuries of colonialism. Within those years, Mexico consolidated its economic growth and was preparing to host the 1968 Olympic Games, the first to be organised by a developing country.

Since 1966, we have developed a strong friendship based on political dialogue and continued efforts to strengthen our cooperation and commercial ties. The first visit of a Mexican president to Jamaica was that of Luis Echeverría, followed by Miguel de la Madrid in 1987, when he conferred the decoration of the Order of the Aztec Eagle to the recently deceased former prime minister, the Hon Edward Seaga. Presidents Carlos Salinas de Gortari and Vicente Fox visited Kingston in 1990 and 2005, respectively. On Jamaica’s part, former Prime Minister the Hon Michael Manley visited Mexico in 1975, 1980 and 1989, while the Hon Percival James Patterson and the Hon Portia Simpson Miller visited Mexico in 1993 and 2014, respectively.

Bilateral relations between Mexico and Jamaica have progressively grown, such that currently, investments exceed $1 billion and Mexico has become a strategic partner for the Jamaican Government’s economic priorities, as highlighted by Prime Minister the Hon Andrew Holness. Although trade between the two countries has not reached its full potential, with an annual average of $200 million in the last five years, investment from Mexican groups has grown steadily in strategic areas such as the operation of the Montego Bay and Kingston airports by Grupo Aeroportuario del Pacífico (GAP), construction (CEMEX/Carib Cement), and tourism with investors such as Karisma, AM Resorts, Moon Palace and Dolphin Cove.

Another important aspect of the bilateral relationship is the assistance that Mexican institutions have provided to their Jamaican counterparts for decades, both in infrastructural projects that have benefited Jamaican communities, like the Riverton Road Rehabilitation Project, completed in 2017, and in technical and scientific cooperation programmes. Currently, eight projects are under way within the framework of the 2016-2019 cycle in areas such as data management, biotechnology, agriculture, digital preservation of archives and ­phytosanitary control.

This dynamic between our countries required an institutional dialogue. In 1993, both governments agreed to establish a Permanent Binational Commission as the privileged mechanism for creating the general guidelines of bilateral relations and specific actions in the political, economic, technical, scientific, cultural, educational and legal spheres.

Within this framework, the Ninth Meeting of the Mexico-Jamaica Binational Commission took place on June 19, 2019 – the first to be held under the government of the new president of Mexico, Andrés Manuel López Obrador – with a new focus towards the South, based on an important project of social transformation in the country and an international practice rooted in principles and respect for international law.

The binational meeting was chaired by Ambassador Marcia Gilbert-Roberts, permanent secretary in the Ministry of Foreign Affairs and Foreign Trade of Jamaica, and undersecretary for Latin America and the Caribbean at the Mexican Ministry of Foreign Affairs, Maximiliano Reyes Zúñiga. Approximately 80 officials and representatives from both countries participated in the meeting.

The binational session confirmed the excellent dialogue between both countries with a strong sense of regional and global responsibility. We affirmed our active collaboration in fora such as the United Nations, the Organization of American States, the Association of Caribbean States and the Mexico-CARICOM Summit, whose fifth edition is scheduled to take place in Mexico this year. An important fact that is sometimes overlooked is that Mexico is a Caribbean country, given its maritime border at the Yucatán peninsula.

Regarding the global agenda, we agreed to promote joint initiatives on climate change, combatting organised crime, migration, and cooperation in order to achieve the 2030 Agenda and the Sustainable Development Goals.

With respect to economic matters, both parties reiterated their interest in increasing and reinforcing their economic ties through a diversification strategy to strengthen trade and investment. They agreed to commence the negotiation of the Reciprocal Investment Promotion and Protection Agreement during the upcoming months. In addition, they agreed to strengthen trade promotion in order to increase flow in sectors such as agro-industry, metalwork, and investments, primarily in the tourism sector.

As it pertains to cooperation, the new programme for the 2020-2021 cycle was agreed upon with eight projects across various sectors such as maritime security, irrigation, agriculture, data management, and nutrition and pest detection at ports of entry. In the cultural field, projects were highlighted to reinforce Jamaica’s capacities in the conservation and sub-aquatic archaeological exploration of Port Royal, textile design with the Edna Manley College, and a project on the teaching of Spanish between the ministries of education.

Also of significance is the upcoming signing of a memorandum of understanding among the Planning Institute of Jamaica, the Mexican National Council for Evaluation and UNICEF on poverty measurement and evaluation of social policies, as well as an agreement on sport.

After a year as ambassador of Mexico to Jamaica, our relations continue to grow with new projects and initiatives. The appointment of a new ambassador of Jamaica to Mexico, Jason Hall, has resulted in a boost to our bilateral relations, leading us to accelerate our efforts from a reggae rhythm to that of dancehall. I am certainly delighted to learn both for the benefit of relations between Mexico and Jamaica.

Juan González Mijares is the ambassador of Mexico to Jamaica. Email feedback to columns@gleanerjm.com.