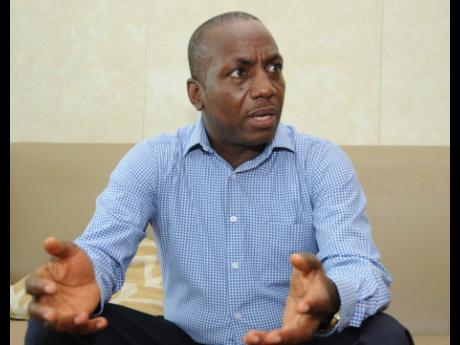 Head of Jamaica’s garbage collection, Audley Gordon, is a breath of fresh air. After the recent fire at the Retirement Dump, St James, Gordon was asked by a reporter whether he was against residents who claimed that they were going to sue the government for poor-quality air.

He said, “How could I be against citizens who feel they have a right to a better treatment?” He would not be hurt by such a decision. His responsibility was to do the best to ensure proper garbage collection and minimise citizens having to inhale poor-quality air. His response was refreshing.

This mature response recognises the rights of Jamaicans. Gordon realises the new paradigm in which Jamaicans operate since the passage of the Charter of Fundamental Rights and Freedoms. Citizens of Jamaica have a right to expect to live in a clean environment. Too often civil servants, public servants and politicians do not respect the rights of ordinary Jamaicans to clean air. Too often Christians do not speak and behave differently from those who do not know God. There is no heightened regard for the dignity of persons from the lower-income bracket. Gordon, a former councillor and a Christian, demonstrated that citizens have a right to take action when there is injustice.

In the United States, Jon Stewart, TV personality, is spearheading a campaign to raise funds for first responders in the 9/11 tragedy in New York. Many of the firefighters were exposed too often and too long to polluted ground zero and are suffering the ill-effects. Apparently, the health insurance fund is depleted and the workers are suffering. Stewart is trying to help the victims, and that is commendable.

COMPANIES MUST DO BETTER

When people suffer from far less than ideal environmental conditions, they should be compensated. Some private-sector companies should do better with protective gear and other support. Government, in the march to development, must ensure that ordinary citizens get compensated when they are disadvantaged.

Gordon has shown respect for workers, facilitating better working conditions. This is an example for other public servants and Christians who are in positions of authority.

Perhaps, our honourable minister of foreign affairs could take a leaf out of Gordon’s book on how to handle the five fishermen: Robert Weir, Patrick Ferguson, Luther Patterson, David Williams and George Thompson, who allege gross violations by the USA Coast Guard. The fisherfolk claimed that adverse weather conditions made them drift off course. They were captured by USA Coast Guard, stripped naked and chained. They suffered at sea for about a month and were not allowed to contact relatives. One said he thought of committing suicide. They were treated like garbage. The minister claimed something to the effect that neither fishermen nor relatives contacted her. Even if that were so, and there is contrary evidence, the minister should have concentrated on defending the Jamaicans against the USA Coast Guard and not herself. The allegations are indignities of a sordid past. The minister is in a position of power and needs to use that authority to defend those who are weak. The fishermen risk their lives every time at sea to feed us: now the minister must risk reputation for those fishermen.

Blaming the alleged victims is to victimise them again. The minister ought to express compassion for the fishermen and their families and outrage at the USA Coast Guard as an initial response. Give the benefit of the doubt to victims and our citizens.

Jamaica needs a breath of fresh air where the rights and freedoms of our citizens are paramount!