Jaristotle's Jottings | Misrepresentation of the people 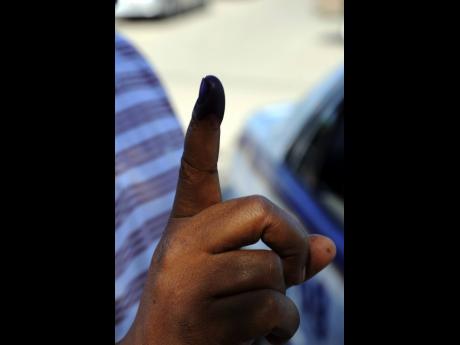 When one hears of the Representation of the People Act, the typical perception is likely to be that of an act of Parliament articulating how elected officials should represent the people in their constituencies. The truth is that this act really details the process by which elections should be conducted and the requirements for lawful conduct by electoral officers, electors and candidates. The act does not make any provisions as to how elected officials should conduct themselves and what their duties and responsibilities are. The way I see it, this act should be renamed the Elections Act.

We need a new enactment, a true Representation of the People Act, detailing the roles and responsibilities and code of conduct for elected officials, whether members of parliament (MPs) or councillors. It is difficult to find legislation which speaks specifically to this issue, and I can only assume it is by design. No laws, no accountability, leaving elected officials at liberty to pursue their own interests rather than those of the people they were elected to represent.

According to divers’ opinions, elected officials have a number of primary responsibilities. First and foremost, they have a responsibility to their constituents, the people who elected them as their representatives: working in and for the constituency or division, identifying and understanding pertinent issues, promoting and defending and always acting in the best interests of their constituents.

Second, they have a responsibility to the parliament or municipality (parish council) through their attendance, active and meaningful participation in debates, enacting of legislation and scrutinising of government policies by questioning and holding the executive to account.

The third part of the job is work in support of the party to which the individual belongs, and on which ticket they were elected.

To represent their constituents effectively, it may mean compromising somewhat on their other responsibilities, but notwithstanding, their representational functions should be their priority. Not so in Jamaica, however, as parties take primacy over constituents.

Our politics has become so polarised that elected officials routinely ignore the needs of their constituents and vote along party lines, knowing fully well that what is being espoused betrays the interests of the people they are supposed to represent. Such betrayal is a misrepresentation of the people.

Take, for example, meaningful projects or programmes started under a previous government. The new administration shelves the initiative owing to political bad-mindedness and the constituent representative, being of the same party as the asinine administration, fails to stand up for the disenfranchised constituents.

When last have we heard any elected official actively disagreeing with their same-party politicos on any matter under consideration on the basis that what is being mooted is not in the best interest of their constituents?

What we do hear them echoing is their party’s position, regardless of how flawed the position may be and the potential implications for their constituents.

We expect that our elected officials will represent their constituents fairly and justly. Surely, there should be some law or mechanism to protect us against polarised misrepresentation and disenfranchisement, and to steer our politicos to focus on their representational priorities.

Until electors have appropriate means of protection from predatory politicians, who are all things to all men while seeking votes and who ignore their ‘facilitators’ once they attain office, meaningful representation of constituents will never materialise. Why? Because there is no recourse for duped electors until five years hence, or longer if elections are delayed. We end up being stuck with Brer and Sista Anansi.

These days, seats are sometimes won by single-digit margins. Every vote matters, every constituent matters and we have the power of choice. Represent wisely.