Kornel A. Brown | Improving the game and business of football 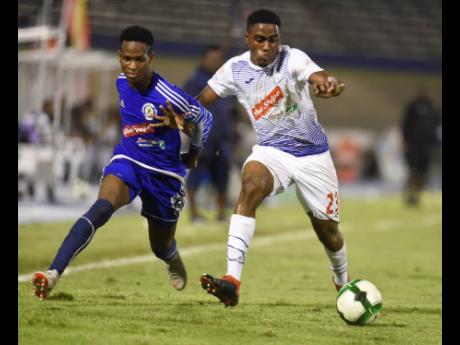 If we are really serious about the development of football in Jamaica, there are some urgent prerequisite steps that must be taken.

In part, strategic efforts must be made by the Jamaica Football Federation to have the highest level of football, the National Premier League (NPL), being played in more parishes. Under the current leadership, I am seeing some indications of willingness to be more inclusive. The just-concluded seven-team national play-offs, as opposed to the customary four-team play-offs, is a good example. Notwithstanding, much more must be done to realise sustained improvements to the game nationally.

Over the years, I have been particularly concerned about the NPL being perennially confined to a context that seems totally devoid of visionary and strategic leadership. The business model is poor.

All the clubs must be commended for working miracles in order to sustain their financial survival. As to how a club that is competing to win $3 million, but must find $200 million or more to operate for the duration of the league, remains motivated is certainly one of the great wonders of this world.

That said, the big question remains: Where is the common sense leadership in all of this?

First of all, there is arguably nothing national about the so-called NPL. Going into the 2019-2020 league, we have 12 teams. Of the 12, one is in St Ann, two in St Catherine, two in Clarendon, and the remaining seven in Kingston and St Andrew. Only five of 14 parishes are represented in the NPL.

With MoBay United and Reno relegated, the western end of the island has no team in the NPL. The same holds true for the east. So, what we will now have on any given match day is multiple games being played in proximity. If played simultaneously, one can be certain that the already limited crowd support for the NPL will be divided among the competing venues.

If the organisers of the NPL have been paying keen attention, they must have noticed that the Mount Pleasant team coming into the NPL last season acted as a catalyst for increasing ticket sales at any venue they played. As a matter of fact, any of the other 11 clubs would have loved to have Mount Pleasant coming to their venue every week. We all know why.

So the concentration of the majority of games to be played in the 2019-2020 NPL in four parishes that are so closely situated, geographically, has literally created a red ocean competitive zone. It really does not have to be this way.

Many have suggested, and I am in agreement, that the 12 teams that participated in the 2018-2019 NPL season should have been retained, and four additional teams added, one from each of the four confederations, to make it a 16-team national football competition.

Certainly not a perfect fix in terms of equitable distribution of teams across the island, but at least people in each region of the island would have a team close (or close enough) to home to support. I am not sure if those who run the NPL are interested in assessing the amount of revenue they are forgoing by having the league concentrated in so few parishes.

Ideally, it would make better business sense to have at least one team in each parish participating in the NPL. This would tremendously drive support and significantly increase revenue. If this ideal is impossible, let’s ensure that at least one team from each confederation is in the NPL. This is certainly doable if we start now (for the 2019-2020 season) with a 16-team competition.

At the end of the season, four of the 16 teams are relegated. Then, going into 2020-2021, four teams, one from each of the four confederations, will be added/promoted. This would mean that to qualify for the NPL a team would just need to win the top parish competition, and go on and win the confederation.

Absolutely, it makes sense that having won the top competition in the parish, and having moved on to and won a four-parish confederation competition, the next competition for a team is the NPL. If this approach is adopted, year after year, we will ensure that each region/confederation of the island is represented in the NPL.

Support for the NPL will be sustained at a high level. Revenue to clubs will be increased and sustained. We will be much closer to reflecting an authentic national football competition. And, importantly, having the highest league on the island being played across all confederations on a sustained basis will positively impact the development of the game nationally.

Dr Kornel A. Brown is a transformational learning specialist. Email feedback to columns@gleanerjm.com.