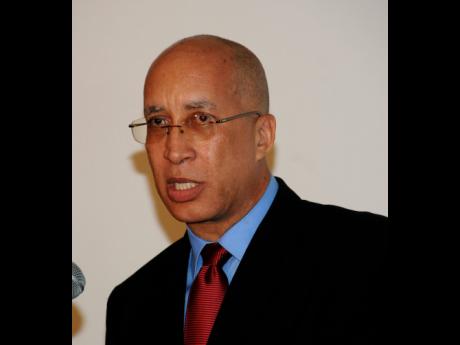 Out of respect for his family, and in recognition of the period of mourning declared by the Government, I felt it appropriate to hold my public comments on the life of Mr Seaga until after his burial.

It was hard to hold back my comments, particularly in light of the fact that some persons have rushed to lionise him, looking at his national contribution through very narrow lens.

One of his creations, Desmond McKenzie, is of the view that Mr Seaga must be declared a national hero. Professor Trevor Munroe has apologised for helping to demonise Mr Seaga, without, not surprisingly, examining how Mr Seaga has significantly contributed to his own demonisation.

A few persons, including some of those in national life, have declared Mr Seaga a nation builder, opting to look at the role Mr Seaga played in the creation of some national institutions while ignoring the role he played in helping to coarsen our national politics.

During the 1980 election campaign, more than 600 persons were killed as a result of election-related violence. Further, outside forces were brought in to help destabilise and eventually defeat the national progressive movement.

Phillip Agee, a former operative with the Central Intelligence Agency (CIA), now deceased, fully disclosed the role the CIA played in that election.

It was an election campaign where food shortage was artificially created and the fear of voting was unprecedented. The objective reality is that Seaga emerged as prime minister in 1980 in the most violent election in Jamaica’s history. The Jamaican people have never forgotten that fact.

After the 1980 polls, many of those who campaigned against Seaga had to go into hiding. Many migrated. Many more were ostracised. Many among us can testify to the party political terror and victimisation that they experienced after the 1980 election.

Within three years after Seaga’s victory in 1980, his actions, as prime minister, led to reduced support of his leadership. In the 1983 snap election, of the near one million voters on the voters’ list, under 26,000 voted, and of that, only a little over 23,000 voted for Mr Seaga and the JLP.

What we need to ask ourselves is, why did the people of Jamaica reject Mr Seaga in five out of six national elections and during the 1983 uncontested election? The Jamaican electorate never allowed him back into Jamaica House as prime minister after he was defeated in 1989.

Those persons who are calling for Mr Seaga to be made a national hero, or describing him as a nation builder, seem to be going against the sentiments of the people, recognising that despite Mr Seaga’s valiant attempts to regain the position of prime minister, he was not allowed to do so.

The people never allowed Edward Seaga to be returned as prime minister because in large measure, he did, and said, many things that they did not support or agree with.

His creation of Tivoli Gardens as the mother of all garrison communities, which he ran as a state within a state, did not help his cause. As MP and prime minister members of the security forces could not enter Tivoli without his permission. Many of us remember too well when the police were pinned down by gunmen in Tivoli Gardens and Seaga offered safe passage to Reneto Adams and his men to leave the area.

Of course, Tivoli Gardens is not the only garrison community in Jamaica, but it is the only one, to my certain knowledge, where the elected MP would persistently castigate the security forces every time they tried to enter that community.

Seaga was soft on ‘don man’ violence. When he attended a famous enforcer’s funeral, he said that many of us did not understand the critical role played by such persons in communities like the one in which the enforcer lived, hence we were quick to criticise them. He is not the only prominent politician to have been associated with dons, but he is the only one, to date, who has publicly spoken in defence of at least one.

Seaga and his supporters constantly boast about the role he played in creating economic growth and putting the economic fundamentals in place. Yet again, we need to ask the question, if Mr Seaga was so good for the economy, why did the people reject him almost every time he went to the polls? The answer is simple: look at the other side of the ledger.

In the 1960s, Seaga boasted of economic growth of five to six per cent annually. Yes, that did happen, but it was growth without equity. Unemployment doubled during the same period. It was economics for the few. The vast majority of the people experienced the pangs of hell. While Seaga and his other MPs were banging tables about economic growth, the people were growing bang bellies.

After Seaga lost the election in 1989, having served as prime minister from 1980, Timothy Ashby, director of the Office of Mexico and the Caribbean Basin from the US Department of Commerce, published in 1989 an assessment of Seaga in which he wrote:

“Despite one billion dollars in US development assistance … Edward Seaga failed to transform Jamaica’s economy during more than eight years in office … . The Jamaican dollar had plummeted in value by 300 per cent against the US dollar … . Nearly a quarter of the Jamaican workforce remained unemployed.”

Another reason Mr Seaga was constantly rejected at the polls was because of his totalitarian style of leadership and the way he dealt with persons who did not necessarily share his ideas.

Seaga also lashed out at many who were in the public service. When one former head of the JDF disagreed with Seaga’s version of an incident in Tivoli Gardens, Seaga refused to shake his outstretched hand at an official function.

Seaga refused and rejected the proposed nomination of the late Reverend Dr Garnett Brown to be considered for appointment as a member of a critical national committee because he, Seaga, heard that sometime in the past, Dr Brown was alleged to have been seen in the crowd at a PNP mass meeting.

Seaga did do some good. He was a thinker who, in his later years, became a prolific writer. One must be very careful, however, in reading what he writes as his primary objective was to put his spin on the evolution of national events and his role in such events.

During his tenure, Mr Seaga, to his great credit, put forward a number of pieces of legislation. This is an area of Mr Seaga’s contribution from which many of our parliamentarians, especially the younger ones, can learn.

Mr Seaga made more than a meaningful contribution to the development of some of our national institutions. The Jamaica Stock Exchange, HEART/NTA, and the Urban Development Corporation come readily to mind.

His influence in the areas of culture and sport is also of note.

Seaga was a flamboyant political character and a formidable force on the campaign trail. His party political quips are legendary. He once said, “Jamaica was the pearl of the Caribbean but over time, had become a john crow bead.” Classic Seaga!

On another occasion in Parliament, Seaga, anticipating that the late Donald Buchanan would harass him while he was making his budget presentation, took from his briefcase a huge lollipop and handed it to Buchanan, with the admonition, “You can suck on this while I am speaking.” The members of parliament erupted in laughter.

Yes, as age demands, Seaga mellowed in his later years. He watered down his party political involvement and gave of his considerable knowledge and experience in different spheres. His contribution to the University of the West Indies and the University of Technology is not to be ignored.

I call upon those who have the power of the pen or that of the microphone to give all sides of the Edward Seaga story. Do not shortchange our people by looking only at one side of Mr Seaga’s contribution to national life.