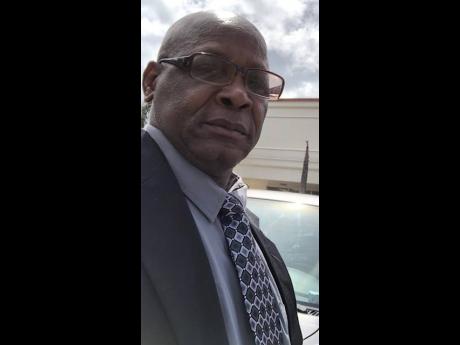 If President Donald Trump had not existed, someone would have invented him. (Strike that.) ‘Donald The Imperial Great Trump’ is the political invention of Steve Bannon, the extreme American right-wing ideologue.

The political vacuity of Donald Trump, in my opinion, made him extremely vulnerable to Steve Bannon.

Therefore, just as Robert Louis Stevenson invented and created Dr Henry Jekyll and Dr Edward Hyde as a caricature, to reflect the twist and turns of human nature, Steve Bannon created Donald Trump to impose on America and the world a nihilist, anarchist vision of destroying the modern forms of state government.

Nihilism, as a political doctrine, was made famous by the German philosopher Friedrich Nietzsche, who offered a type of Trumpian, pitiful, ‘radical scepticism’ of life.

Steve Bannon, Donald Trump, and fellow travellers – as true political demagogues – use the sense of hopelessness and powerlessness of the working class to manipulate them for opportunistic political gains.

And because Donald Trump and the likes of Steve Bannon offer no real, practical solutions to the daily money hardships affecting the American working class and middle class, all they can do is tell lies, spread fear, hatred, and incessantly manipulate a particular group, the white working class, to create enemies, for them to hate, where none hitherto existed.

The real danger, though, is that before society wakes up to this destructive, nihilistic behaviour, major damage may have already been done to your way of life and that of people around the world.

Having helped Trump to grab political power, this Trump-Bannon charade continues to be played out in America and the World.

With Trump having the charismatic ability to win the cult-like loyalty of the American white working class, congressional oversight is resisted.

This is what makes Donald Trump have an imperial presidency.

Meanwhile, the American constitution gives Congress the power over how taxpayer funds ought to be spent. But no, a clearly imperial-minded Donald Trump wants to run the country – like how it was said he ran his business empire – without any forms of control.

Trump has made many major decisions that bypassed the US House of Representatives. National security threats, economic warfare, threats of war, trade wars, you name it.

What can stop ‘The Donald’ doing as he likes? Why listen to anyone? Isn’t he beloved by the ‘American people’?

THE GULF OF TONKIN INCIDENT

The Gulf of Tonkin Incident, 1962, is an important point for historical reflection as we see war clouds billow over a world powerless to America’s imperial might.

In 1962, President Lyndon Johnson manufactured the Gulf Tonkin incident to get America enmeshed in the Vietnam War.

General William C. Westmoreland, one of the military commanders, reportedly, secretly, drafted a plan to use nuclear weapons after America and allied forces faced defeat at the Battle of KheSanh, The New York Times reports.

Given this historical background, ‘Donald the Imperial Great’ appears to be creating a 2019 version of the Gulf of Tonkin incident, as if by a miracle, to help his war plans in which he is threatening to destroy Iran.

Then, in a mysterious way, four ships suddenly are mysteriously sabotaged while docked in America allied Persian Gulf countries.

This ‘Persian Gulf Incident’ or ‘Gulf of Tonkin 2019 Incident –which ever you prefer – gave rise to a new enraged Donald Trump threatening to destroy Iran.

What is it about human nature that gives politicians this type of Dr Jekyll and Hyde, diabolical, twist and turns?

Dr Jekyll Trump was strongly against wars and spreading America military thin. Now Dr Hyde Trump is such a monstrous lover of wars that he would perhaps have two or three at the quick snap of his Imperial fingers!

Donald Trump, having threatened North Korea with nuclear destruction, no doubt learned that if the DPRK straightened the trajectory of the missiles they tested, that flew 600 miles into deep space, that missile could land in continental America.

Dr Brian Wright, a physicist, told Wired magazine in 2018 that “if flown on a standard trajectory rather than lofted trajectory, this missile would have a range of 13,000km (8,100 miles) … enough range to reach Washington, DC, and, in fact, any part of the continental United States.”

Suddenly, Trump the Imperial President became ‘Trump the queasy billionaire,’ who wants to enjoy a good life and his money!

Just like that! No Rocket-man insults! No threats to North Korea!