Garnett Roper | Phillips, Bunting and the politics of insecurity 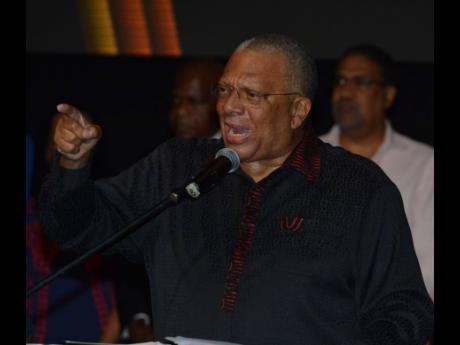 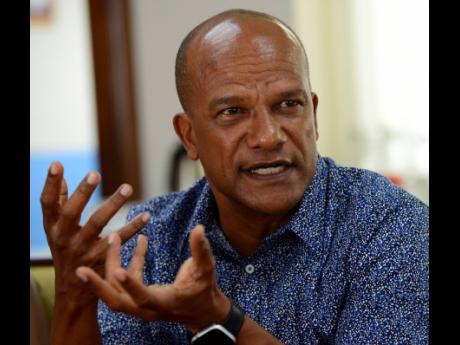 Democracy, as a political system, is founded on the idea of a good contest. In politics, as in sport, contests are a good thing. They are an antidote to tendencies towards autocracy and arbitrariness in the allocation of power and in the use and distribution of resources.

Those who are confident of their mettle and capacity welcome a good contest to showcase their advantage. On the other hand, those who doubt themselves and are insecure about their chances are threatened by a contest. They seek unfair advantage and often hurl accusations at other contestants, rather than welcome the contest.

The People’s National Party (PNP) was founded on principles of democracy in 1938. The founding fathers of the movement entrenched constitutional provisions requiring that there shall be annual election of president and vice-presidents. So from its inception, those who believed that they had it in them to hold high office in the PNP have understood that they must subject themselves to a contest, and the party has resisted the idea of power as the entitlement of the elite.

This became increasingly the case as the party positioned itself as a grass-roots movement, based on the conviction that the Jamaican people are the greatest resource of the nation.

There have been instances in which the party has faced pivotal choices. Sometimes those issues related to the ideological commitments within the movement, while at other times they had to do with which of the available personalities was best suited to lead. In all those instances, the soundest decisions to determine the course were settled by democratic means.

The greatest threat to internal democracy is insecurity. Insecurity can create blind spots in which those with power operate with a sense of entitlement, seeing only the motive or deficiencies of others, but not their own motives or deficiencies. Insecurity regards a challenge to the incumbent’s hold on power in terms of disloyalty, or even treachery.

Another tendency when one is insecure is the invention of dangers where there is none. For example, within the Jamaican Parliament, there are spouses who belong both to the same household and party, and a father and son on the same side of the House.

If marriage and blood relationships do not threaten to unduly concentrate power, why would a business relationship pose that threat? Where in the recent past those business partners were in the same Cabinet and relinquished their governance of the business in order to serve, to suggest that it poses a new threat is to invent danger where there is none.

Perhaps the worst tendency of insecurity is when it seeks to distort truth about its opponent’s strengths. For example, the Bunting-Phillips contest is the only time in the history of Jamaican democracy that one who has succeeded in business is offering himself to be the leader of a political party. That is certainly a strength. Is it enough to win?

Peter Bunting won in politics at age 29, succeeded in business after a term in politics, which is unusual enough, and returned to politics and delivered for the PNP, as its general secretary, a marvellous electoral victory, doubling the parliamentary return of the JLP by a margin of 42 seats to 21, followed by the control of every parish council.

Now he is offering himself in a contest for the presidency of the PNP, and ultimately to become prime minister.

He is up against Dr Peter Phillips, a fine human being who has distinguished himself as an exemplary minister of government over many years. What a riveting contest!

There are three ways for power to be allocated. There is historical advantage that bequeaths advantages to a few. There is natural selection, when matters are settled by brawn alone. And there is the democratic way, when the people choose.

A democratic contest is the best way to allocate power. If one is confident, one says bring it on, and may the best contestant win!

Rev Dr Garnett Roper is president of the Jamaica Theological Seminary and supporter of Peter Bunting’s candidacy. Email feedback to columns@gleanerjm.com and garnettroper@gmail.com.